Adnan al-Pachachi or Adnan Muzahim Ameen al-Pachachi is a veteran Iraqi politician and diplomat who served as Foreign Minister. Pachachi was Iraq's Permanent Representative to the United Nations from 1959 to 1965 and Minister of Foreign Affairs of Iraq from 1965 to 1967, during the Six-Day War with Israel; he again served as Permanent Representative to the UN from 1967 to 1969. After 1971, he spent a long period in exile. Following the 2003 invasion of Iraq, Pachachi was an important figure in Iraqi politics, often described as Iraq's elder statesman. He rejected the role of president in the Iraqi Interim Government. Phil Sluglett has a BA from Cambridge and a D.Phil from Oxford. He has taught as a Research Professor at the Middle East Institute of the National University of Singapore, Middle Eastern History at the University of Durham and at the University of Utah, Salt Lake City, where he was Director of the University’s Middle East Centre. He has published widely on the modern history of Iraq, including Iraq since 1958: from Revolution to Dictatorship, and Britain in Iraq: Contriving King and Country. He has also edited and contributed to The Urban Social History of the Middle East 1750-1950, Syria and Bilad al-Sham under Ottoman Rule: Essays in Honour of Abdul-Karim Rafeq, and Writing the Modern History of Iraq: Historiographical and Political Challenges. 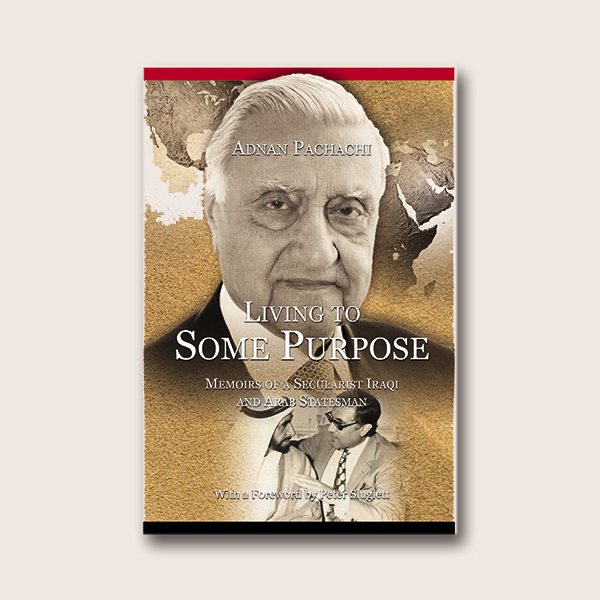 Living to Some Purpose is the autobiography of Dr Adnan Pachachi, one of the most distinguished politicians of the last century. Here he describes his career from its beginning in Iraq as Ambassador to the United Nations, to his time as a member of the Iraqi Parliament from 2006-2010.