Huda Al-Ghoson spent over 35 years with Saudi Aramco, the world’s largest oil producing and refining company, and the largest corporation in the Middle East. As executive director of Human Resources, Al-Ghoson was the first Saudi woman to achieve such a leadership position in eight decades of Aramco’s existence. She holds degrees from King Saud University in Riyadh and the American University in Washington DC, as well as executive training qualifications from the likes of Cornell University, University of Michigan and Oxford University. Al-Ghoson has also served as a source of expertise on several boards, such as Saudi Telecom Company, Johns Hopkins Aramco Healthcare, and Bupa Arabia. Al-Ghoson divides her time between residences in Dhahran, Saudi Arabia, and London. This is her first book. 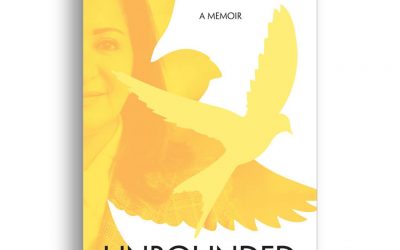 ‘The most inspiring career that I have read about in my life.’ – Deepak Chopra

Huda Al-Ghoson’s spirited memoir Unbounded presents a real-life tale of bravery and upward mobility in the face of the unique cultural, social and occupational challenges encountered by women in Saudi Arabia.

Order in the United States here.

Order in the EU here.