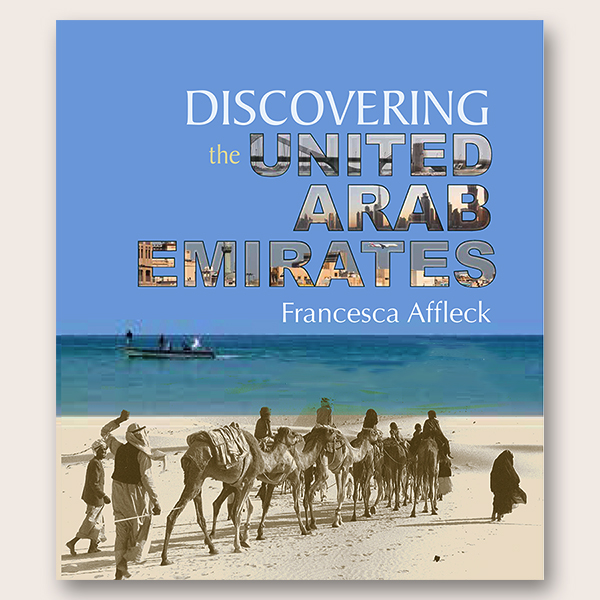 Lavishly illustrated with photographs of people and places not on the tourist trail, Discovering the United Arab Emirates offers audiences a wealth of information in an easy, accessible manner. It is also an invaluable resource to schools and teachers, and prompts the reader to investigate and explore further. In paperback.

Click here to buy in the United Arab Emirates.

Sixty years ago, Dubai was a fishing village about to be transformed by the discovery of oil. It has since been transformed more gradually into an international business hub and holiday destination, which earns a mere 5% of its revenues from oil.

Although Dubai tends to capture the headlines, the transformations of Abu Dhabi, the capital, and Sharjah, the third major city, have been scarcely less dramatic.

So what’s it like to live in this idiosyncratic Arab federation, where so many different cultures meet and co-exist with such apparent ease? And what lies beneath the veneer of economic success?

In answering these questions, Discovering the United Arab Emirates is designed to appeal not only to students of all nationalities but also to the growing number of families who choose to make their home here.

For many, the business agenda is so all-consuming and modern creature comforts so extensive that they can spend months, even years, in the UAE without understanding anything about the region’s history and culture, but that attitude is changing.

The government is vigorously promoting its culture and heritage, encouraging Emiratis, residents and tourists to visit cultural sites. Historic buildings are being renovated and opened up to the public. Meanwhile, international students are becoming increasingly interested in the region, and not just for its record-breaking buildings and economic success.

Francesca Affleck has lived in Dubai since 2007 and has worked as a Senior Leader at schools in Dubai and England. Having previously lived with her family in India, Hong Kong, England, Pakistan and Oman, she has plenty of experience of different cultures. Always curious about the places she has lived, she has nurtured a similar curiosity among her pupils as well as her own family. Francesca has been inspired by the rapid growth and transformation of the UAE over the last 60 years, and wants to share this knowledge. Currently an Education Consultant, she enjoys being surrounded by some of the things she loves most - books, information and enthusiastic learners.