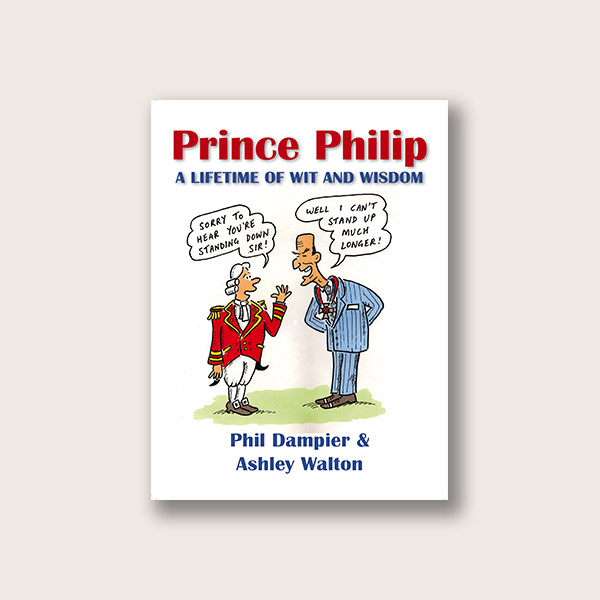 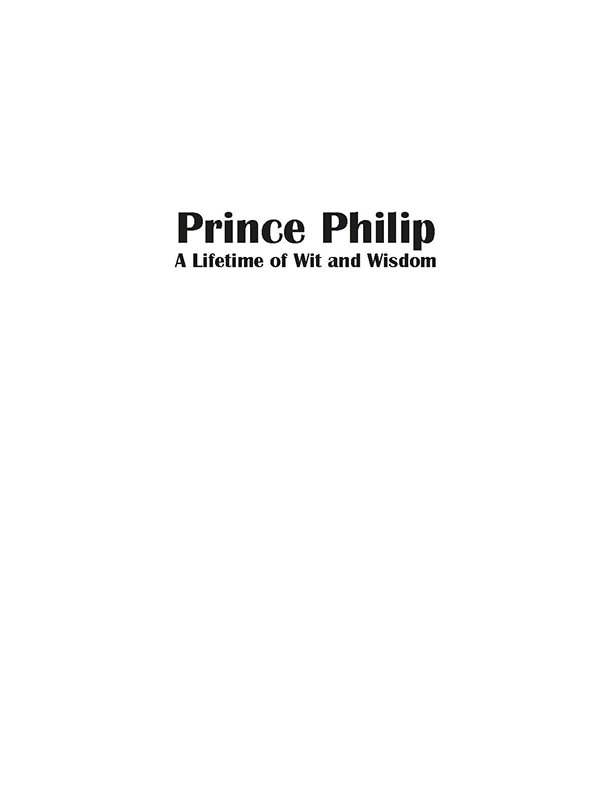 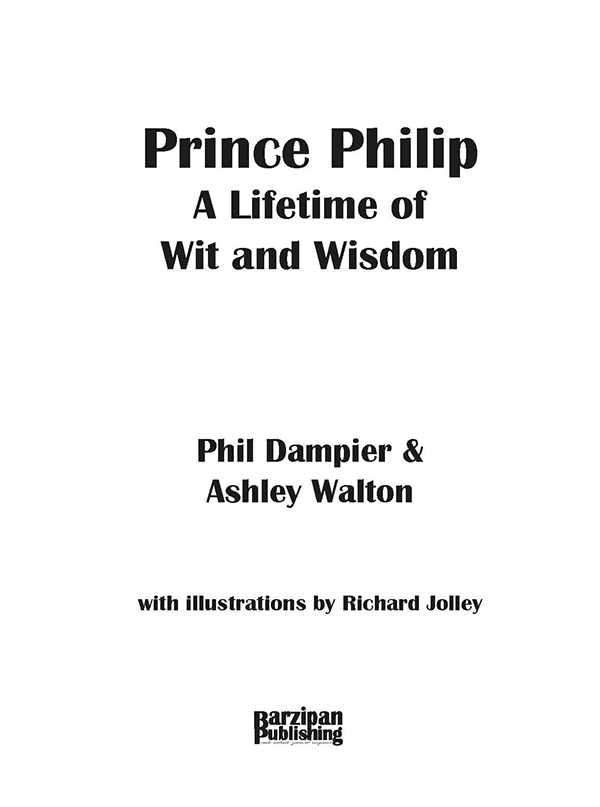 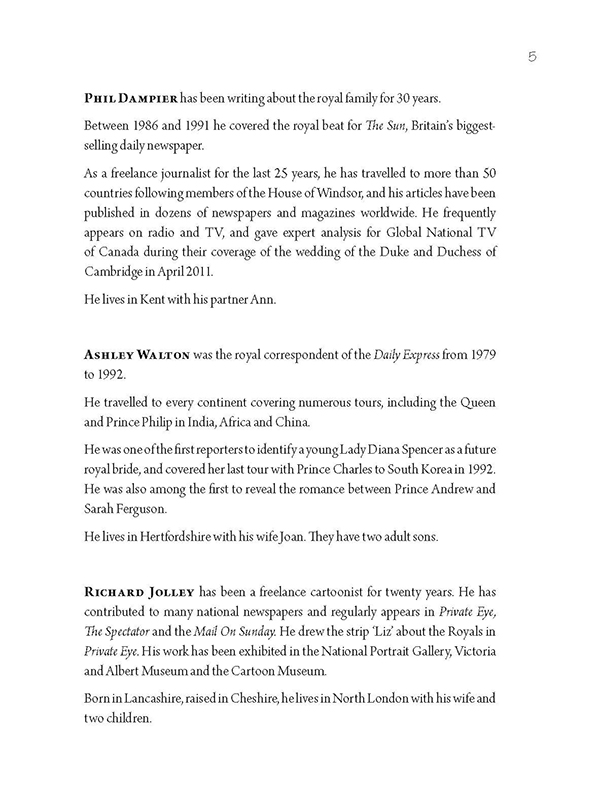 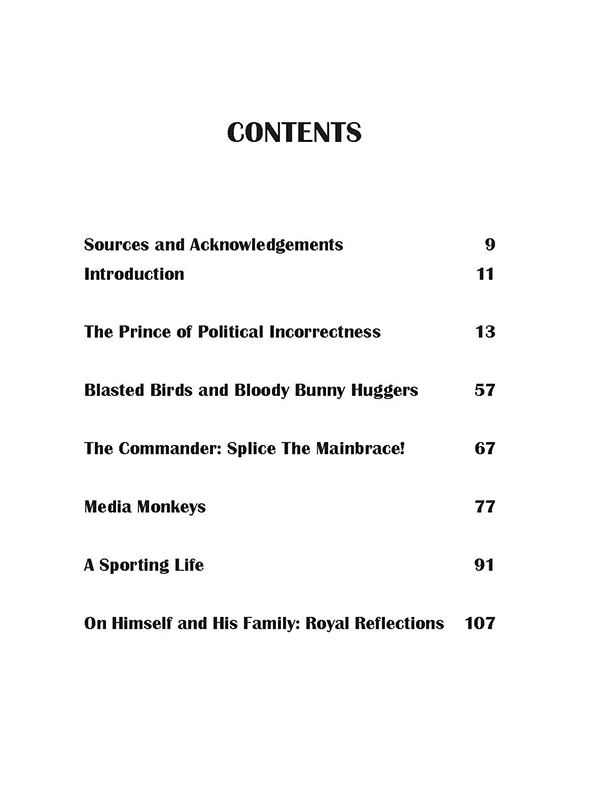 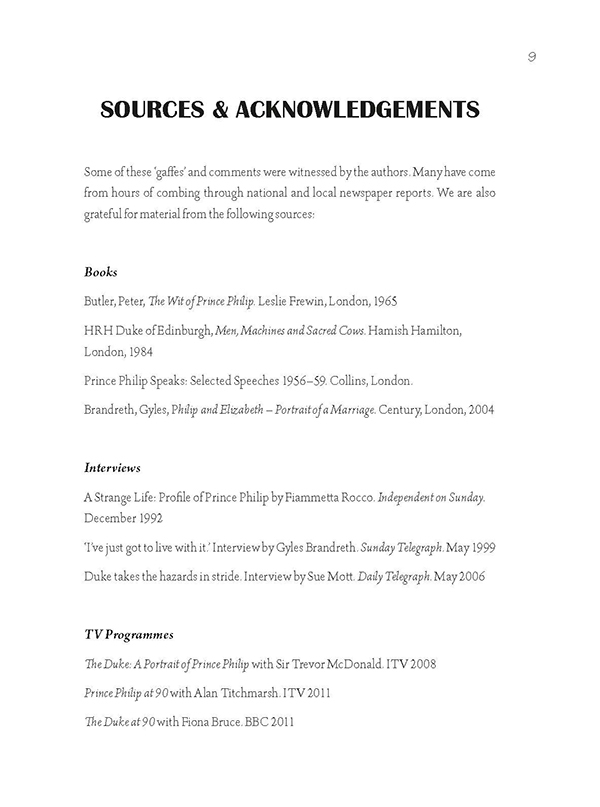 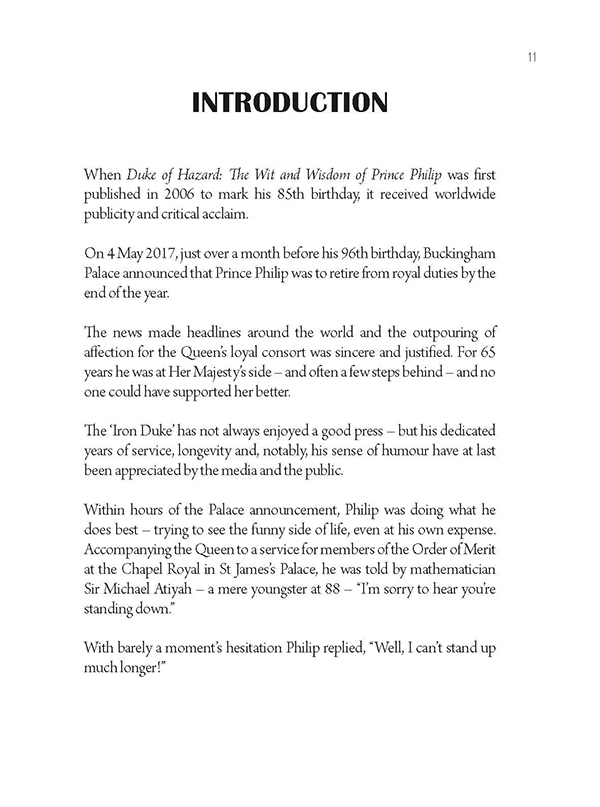 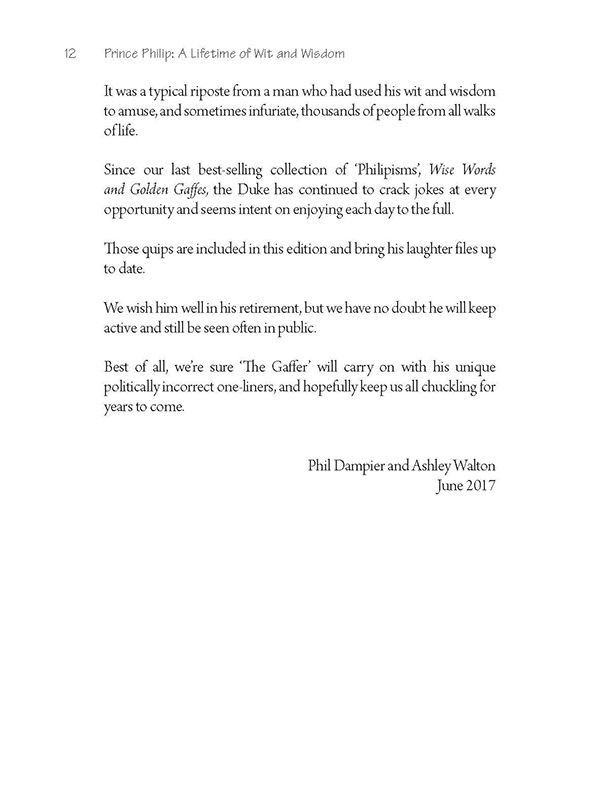 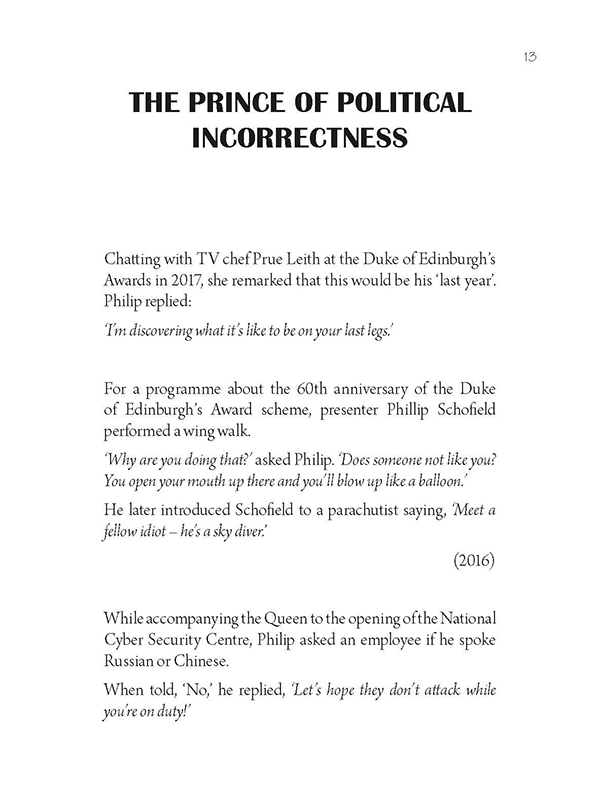 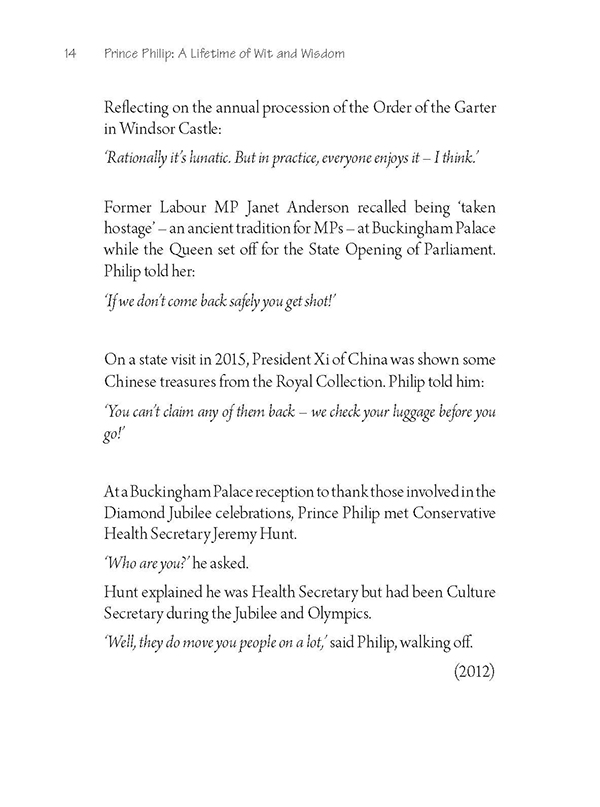 This book includes an unrivalled selection of the Prince’s golden gaffes and wise words from his first public appearances as a Royal nearly 70 years ago up until his retirement this August. Including the rude, the controversial, the insightful and the downright hilarious, Prince Philip: A Lifetime of Wit and Wisdom is not to be missed. No.1 AMAZON BESTSELLER In paperback

On 4th May 2017, just over a month before his 96th birthday, Buckingham Palace announced that Prince Philip was to retire from royal duties this August. The news made headlines around the world and the outpouring of affection for the Queen’s loyal consort was sincere and justified. Her Majesty’s 65 years on the throne he has always been at the Queen’s side – and often a few steps behind – no-one could have supported her better. Within hours of the announcement Prince Philip was doing what he does best – trying to see the funny side of life, even if it’s at his own expense. Accompanying the Queen to a service for members of the Order of Merit at the Chapel Royal in St James’s Palace, he was told by a guest – “I’m sorry to hear you’re standing down.” With barely a moment’s hesitation Philip replied “Well, I can’t stand up much longer!” UPDATED EDITION OF Prince Philip: Wise Words and Golden Gaffes – No.1 AMAZON BESTSELLER

Ashley Walton was the royal correspondent of the Daily Express from 1979 to 1992. He travelled to every continent covering numerous tours, including the Queen and Prince Philip in India, Africa and China. He was one of the first reporters to identify a young Lady Diana Spencer as a future royal bride, and covered her last tour with Prince Charles to South Korea in 1992. He was also among the first to reveal the romance between Prince Andrew and Sarah Ferguson. He lives in Hertfordshire with his wife Joan and two sons.