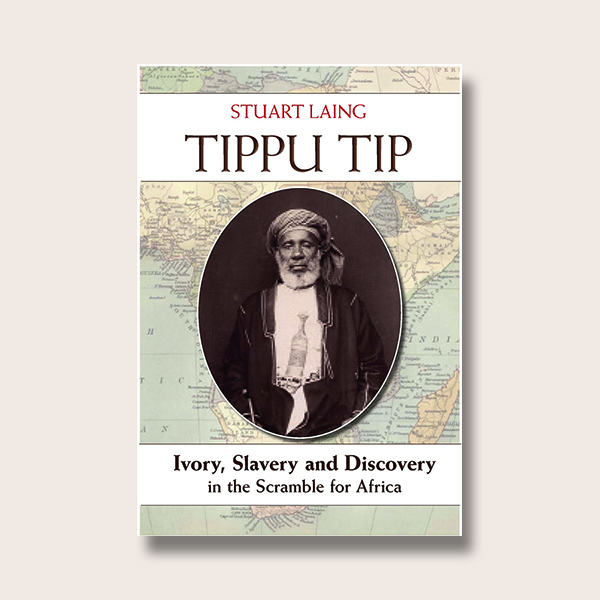 Tippu Tip: Ivory, Slavery and Discovery in the Scramble for Africa 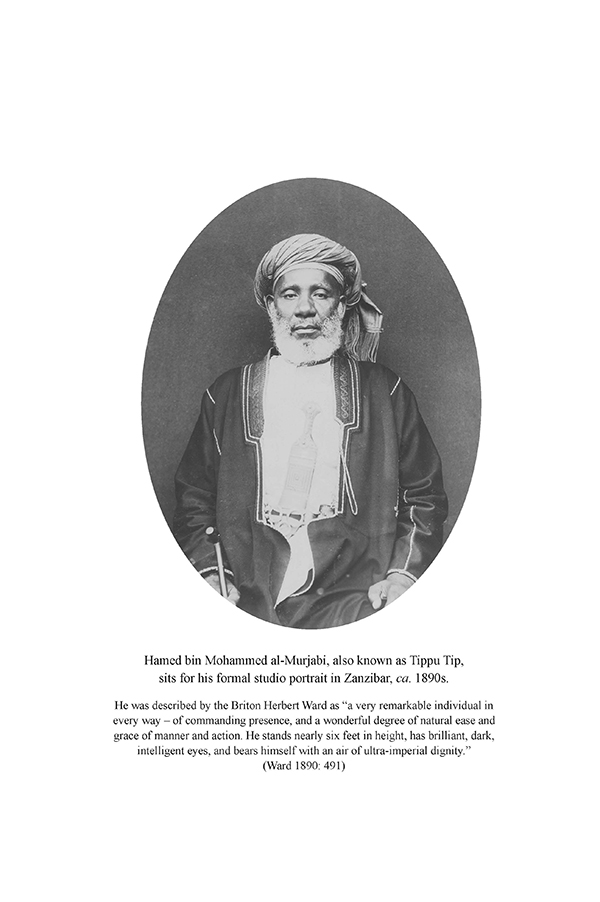 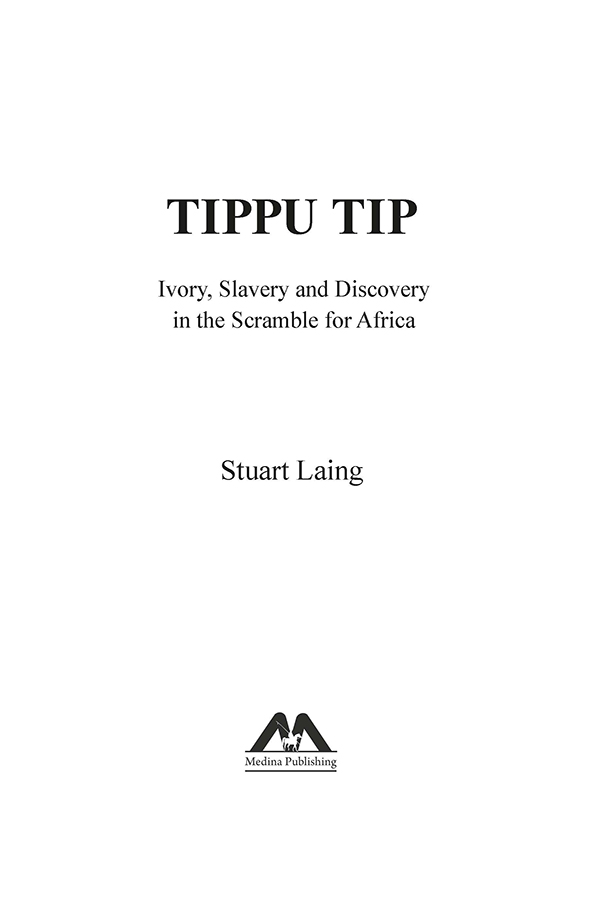 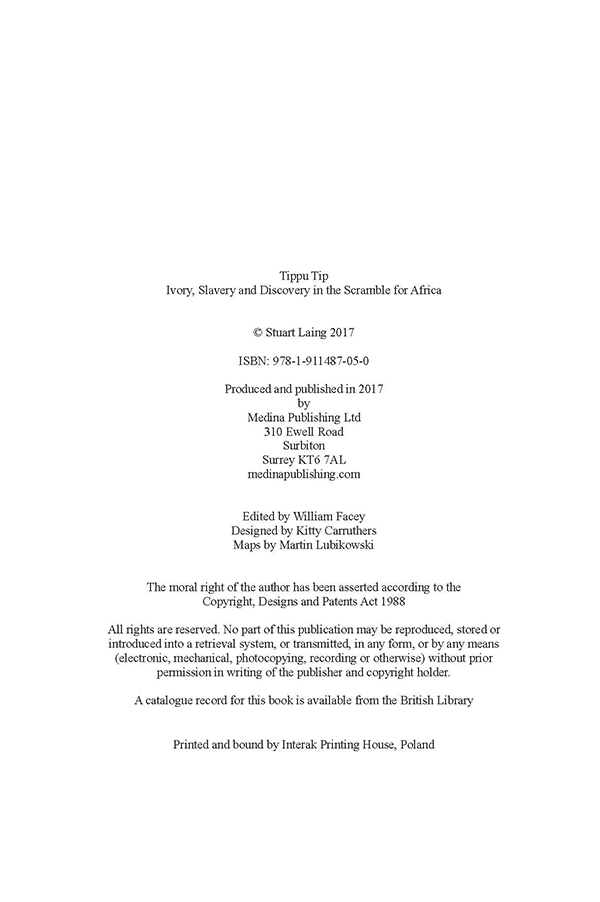 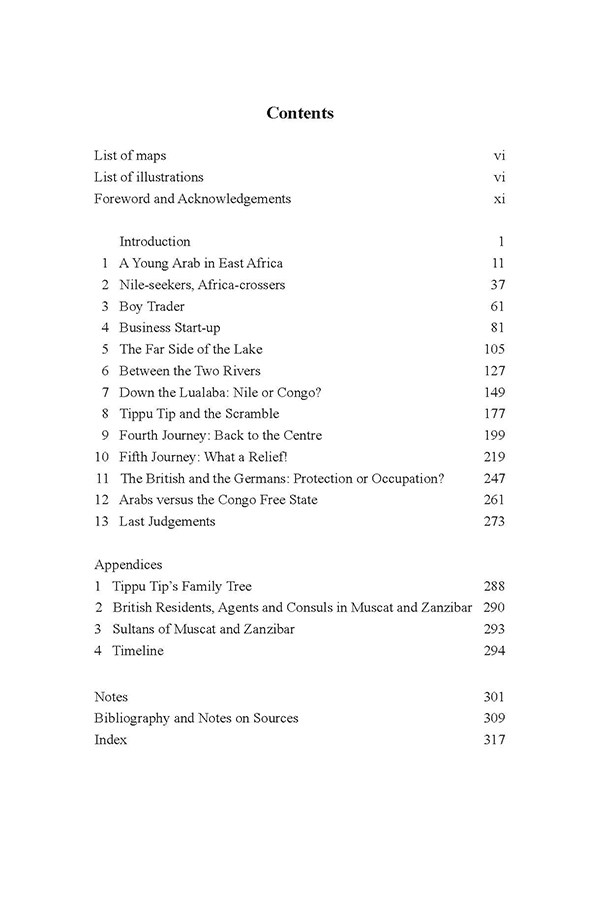 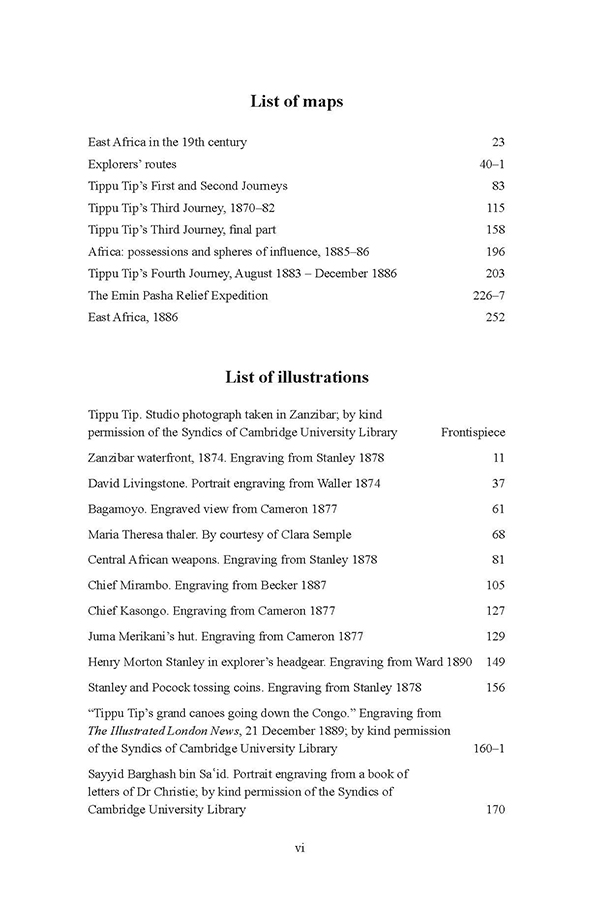 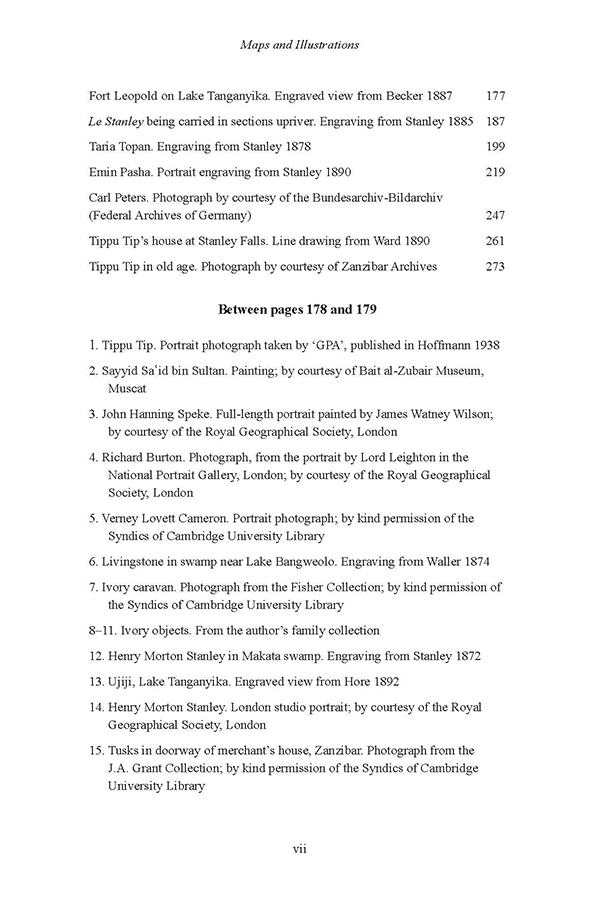 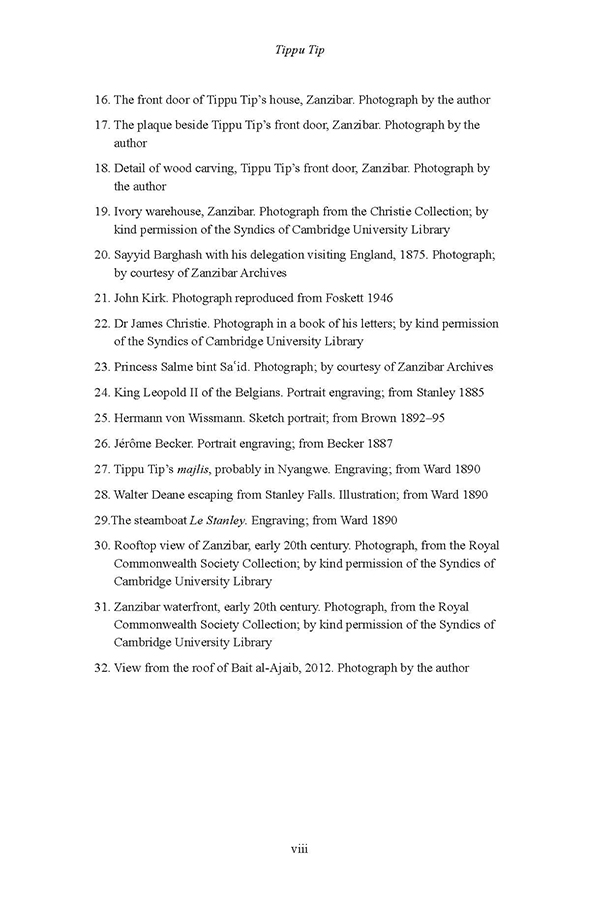 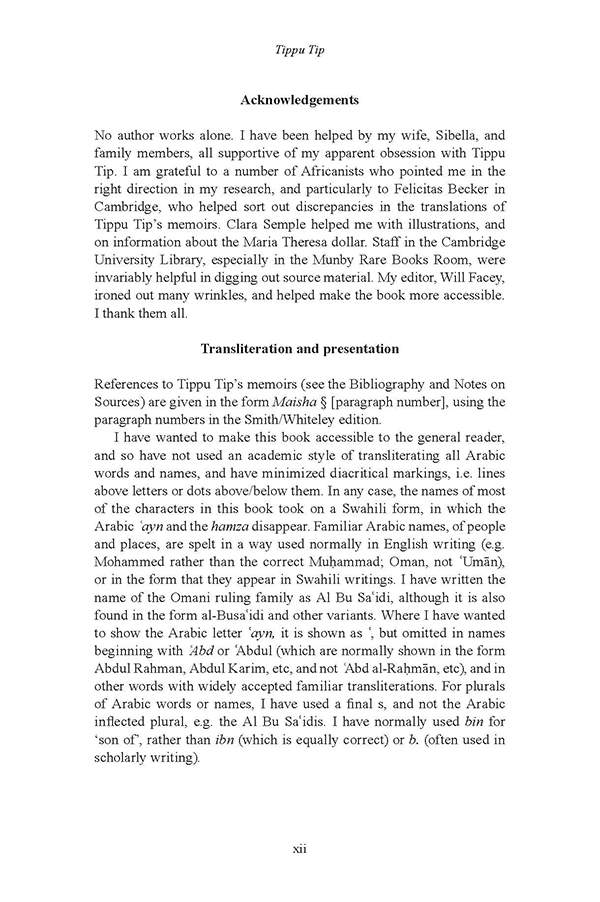 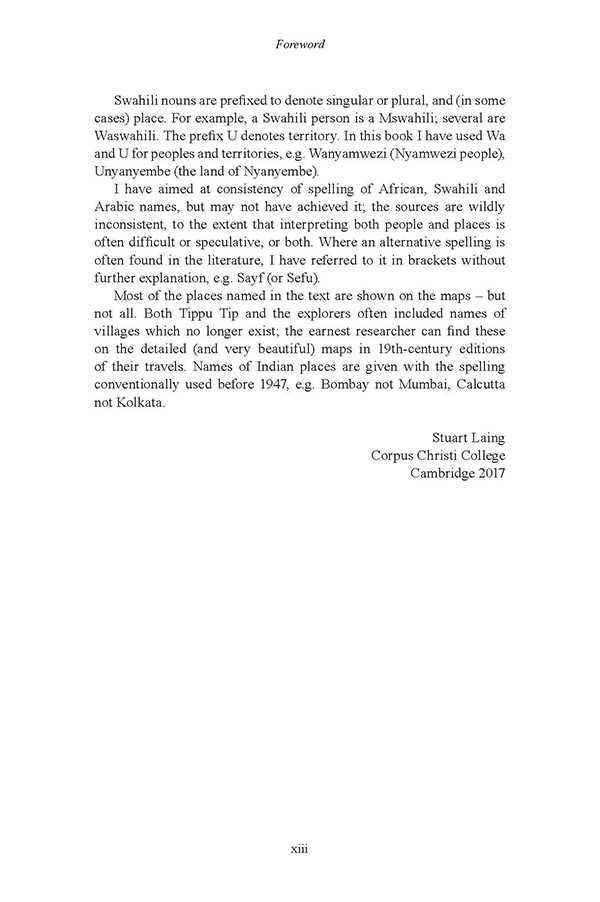 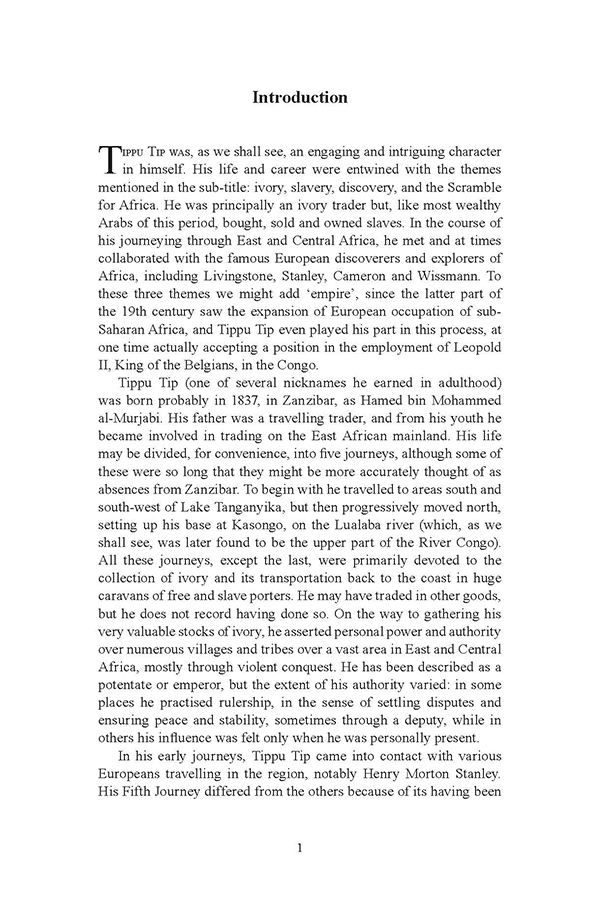 Tippu Tip: Ivory, Slavery and Discovery in the Scramble for Africa

Tippu Tip, notorious to some, intriguing to others, was a Zanzibari Arab trader living in the turbulent and rapidly changing Africa of the late 19th century. This biography transports the reader into his extraordinary world, describing its exotic cast of characters and the principal factors that shaped it. In hardback and eBook.

Tippu Tip was chiefly an ivory trader, who pioneered for new sources through present-day Tanzania into the Congo basin.

Slavery is part of his story, because Arab traders of the time used slaves as porters and sold slaves through the market in Zanzibar to work locally in plantations and beyond in the Gulf and Persia.

He was a pioneer of discovery, both in Arab terms and because this was the great period of European exploration in East and Central Africa: he assisted most of the famous explorers, including Livingstone and Stanley, when it served his interests. He can be seen as an Afro-Arab exponent of empire, as his commercial ambitions could only be realized by means of Arab territorial control and colonization.

His colourful life culminated in his engagement as governor of a province in the ‘Congo Free State’ of the Belgian King Leopold, and in his involvement in Stanley’s astonishing expedition to relieve Emin Pasha, governor of the Egyptian southern province of Equatoria.

Uniquely among Arabs and Africans of this era, Tippu Tip wrote an autobiography.

Stuart Laing draws on this and other contemporary sources to give a graphic account of the life and times of this energetic, resourceful, ruthless but often humorous operator.

We watch him as he accumulates wealth and power, but then has to stand by helplessly as the British and German colonial machine carves up the territory of his friend and protector, the Omani Sultan of Zanzibar. Then again as the Belgian empire in the Congo drives the Arabs out of the trading areas of influence they had established west of Lake Tanganyika.

This book is the first thorough investigation in English of this significant figure.

The lucid narrative unfolds against the political and economic backdrop of European and American commercial aims, while allowing the reader to see the period through African and Arab eyes.

The fascinating figures who strutted the 19th-century African stage, and their hardly believable exploits, give this book an appeal reaching beyond the African specialist to the general reader.

﻿Stuart Laing had his first career in the British diplomatic service, specializing in Arab affairs. After working in Saudi Arabia (twice) and Egypt, he was Ambassador in Oman and then in Kuwait. Since 2008 he has been Master of Corpus Christi College, Cambridge, where – in between his duties to the College and the University – he has researched and written on British-Omani history, and the abolition of slavery in East Africa and the Indian Ocean.

7 reviews for Tippu Tip: Ivory, Slavery and Discovery in the Scramble for Africa