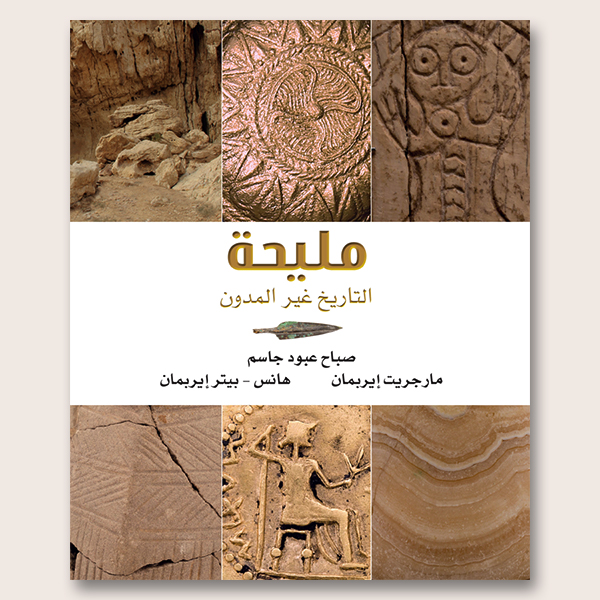 Over the past 40 years, archaeological surveys and excavations in the Mleiha inland basin have shed much light on the diversity and richness of the human societies that have flourished there over many thousands of years. So far no other landscape in south-east Arabia has yielded so much information about its pre- and proto-history.

The Emirate of Sharjah today takes great pride in its role as a centre for culture, the arts and civilized values. The publication of this book has been timed to coincide with the opening of the new Mleiha Visitor Centre as a focal point for all those wanting to find out more about the civilizations that once flourished in this unique area.

The pre-Islamic city of Mleiha represents the peak of the area’s ancient civilization. During the last centuries BCE and after, an important caravan town flourished there – part of the network of Arabian overland trade that linked the shores of the Indian Ocean and Mediterranean worlds in antiquity. Mleiha issued its own coinage, and its rulers and merchants were wealthy enough to acquire the finest camels and horses, and to build monumental tower tombs that expressed their status.

The archaeological evidence of the Mleiha area reaches back as far as the Palaeolithic period 130,000 years ago. Later, as the last Ice Age gave way to a warming climate, graveyards and adjacent settlements shed light on the lives of the Neolithic communities who lived there from 11,000 years ago. Civilization evolved during the succeeding Bronze Age from 3000 bce onward, evidenced by elaborate communal tombs. The centuries that followed witnessed the introduction of the underground falaj irrigation system. Domestication of the camel enabled extensive trans-regional trade connections. There is evidence for all of these developments in the Mleiha area.

Dr Hans-Peter Uerpmann was Professor of Archaeobiology at the Institute of Scientific Archaeology of the University of Tübingen, where he first worked for the interdisciplinary project The Tübingen Atlas of the Near and Middle East. His main topics were prehistoric subsistence economy in general and the ancient history of domestic animals in particular. This work took him into most areas of the Near and Middle East – including south-east Arabia. An early dromedary skeleton, found in a Bronze Age grave at Jebel al-Buhais, brought him to the Emirate of Sharjah in 1994 – which from then on remained the focus of his research.

Together with Margarethe Uerpmann, he has directed excavations at Stone Age sites in the Mleiha area. The discovery of Palaeolithic layers at the site fay-ne-01 has had a major impact on our knowledge of early human history. At present his research is concentrated on the Arabian horse and the dromedary.

Dr Margarethe Rose Uerpmann has been working as an archaeologist and archaeozoologist in the Near and Middle East for more than 30 years. She is affiliated to the Institutes of Early Prehistory and Scientific Archaeology at the University of Tübingen (Germany). A major focus of her research has been on south-east Arabia where she worked in the Sultanate of Oman and the United Arab Emirates. Apart from flint technology, she studies the particularities of Neolithic subsistence in this part of the world. Sites in the Mleiha area – bhs-18 and fay-ne-15, where she co-directed the excavations – have become key sites for these topics.

Sabah Jasim obtained his BA and MA from the University of Baghdad, and his PhD from the University of Cambridge, UK in 1985. He has worked extensively in Iraqi archaeology, including fieldwork at Nineveh, Hatra and Babylon, and at Tell Abada, Tell Rashid and Abu Khazaf in the Hamrin region. He participated in the British archaeological excavations at both Abu Salabikh in southern Iraq and Tell al-Rimah in Northern Iraq as well as in the Soviet archaeological expedition at the site of Yarim Tepe in north-western Iraq during the 1970s. He was also assistant Director of the Iraqi Museum in Baghdad during 1978–1979. As Assistant Professor of Archaeology and Ancient History at the University of Garyounis, Libya from 1985 to 1987, he conducted excavations at the Greco-Roman site of Tocra. Since 1992 he has been head of the local archaeological team in Sharjah, in charge of the Sharjah Directorate of Antiquities since 1995, and was Professor of Archaeology and Ancient History at the University of Sharjah during 1998–2000. For more than 20 years Dr Jasim has led intensive archaeological campaigns in various sites in Sharjah, resulting in significant discoveries. His publications include several articles and books in Arabic and English, dealing with the outcome of his archaeological excavations in both Iraq and the United Arab Emirates.