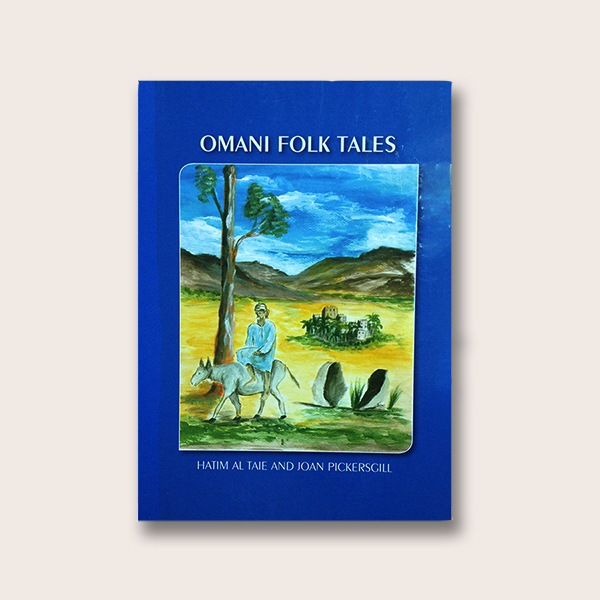 A unique collection of traditional Omani folk tales. In an age where the oral traditions are being cast aside and forgotten, we hope that these folk tales will encourage today’s youth to remember their past.

Oman, a mystical land of desert, mountain and coast, lies along the south-eastern edge of the Arabian Peninsular. It is a country steeped in history with human settlements stretching back through millennia. Tales, often told around the fire at the end of the day, have been handed down through generations, and are a fascinating part of Oman’s heritage. A more modern way of life for the country means storytelling is becoming a less frequent activity. The authors gathered many folktales while travelling in Oman and picked up the concern storytellers had that theirs was a dying art. Thus the idea for this book was born. The tales tell of historical figures, beautiful women and daring knights, courage and bravery. Some are funny, some sad, others with a moral or a sting in the tail. They give a fascinating glimpse of the past. Collected from across Oman they include details of the storytellers and the region in which they live.

Hatim Al Taie, a media professional with an extensive background in the media industry as well as a deep rooted devotion to the people, traditions, arts and culture of Oman, heads up the Al Roya team as CEO and Editor-in- Chief. He founded the company to promote Oman's unique identity in the global sense. The company's titles reflect that initiative, having allowed the company to grow multifold to its leadership position in the Oman media.

Joan Pickersgill first visited Oman in 1991 and lived there for 12 years. Her love of the natural beauty led to extensive travel in the more remote parts of the country. She has written two guide books and contributed to magazines on Oman. Joan visits regularily and continues to write about the country's heritage and culture. Hatim Al Taie founded Al Roya Publishing 15 years ago. He specialises in books and magazines that promote Oman. Hatim is an accomplished writer who is keen to explore his cultural roots.

Hidden In The Sands: Uncovering Qatar’s Past (English)