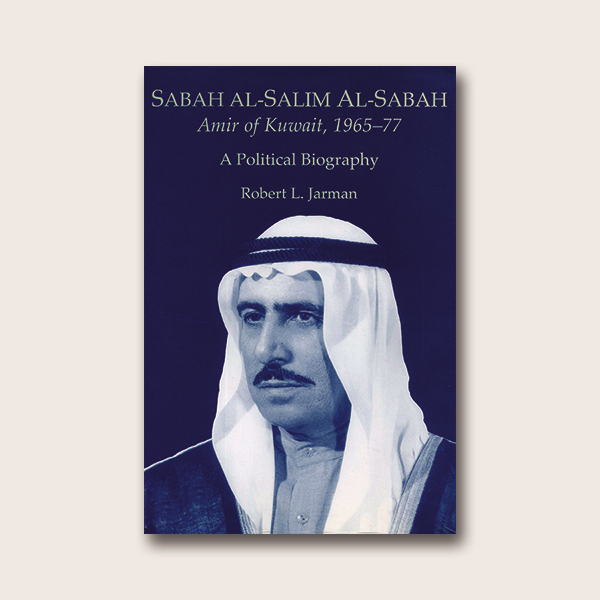 This biography of Sabah al-Salim Al-Sabah assesses his contribution to the political history of Kuwait. Relying on recently released documents from the British and US archives, as well as on frank reminiscences of former colleagues within Kuwait, it covers his entire career, from his entry into public life as Head of the Town Police in 1939, through his appointment in 1962-3 as the first-ever Crown Prince of Kuwait, to his reign as Amir from 1965 to 1977. His attitudes and opinions on the major issues of the day are extensively chronicled, often in his own words.

In domestic affairs, particular attention is paid to Sabah al-Salim’s growing public stature through the 1950s and early 1960s, so that by 1962 his appointment as crown Prince had become acceptable to all members of the ruling family as well as to the new national Assembly. His handling of the “131′ constitutional crisis of 1964-5, when the National Assembly challenged the ruling family for the first time, is described in vivid detail, drawing on the reminiscence of participants as well as reports by foreign diplomats.

In external affairs, Sabah al-Salim’s attitude towards Palestinian and Arab issues and his contribution to the stabilisation of relations with Iraq are extensively documented. He masterminded the secret negotiations in 1962-3, which resulted in Iraq’s acceptance of the independence and borders of Kuwait. The full story of these is told here for the first time in English, as is his handling of the subsequent 1973 crisis in Kuwait’s foreign policy, and Sabah al-Salim’s leading role in Kuwait’s realignment towards the USA is documented in full.

This biography will be the definitive reference work on Sabah al-Salim’s life and reign for many years to come.