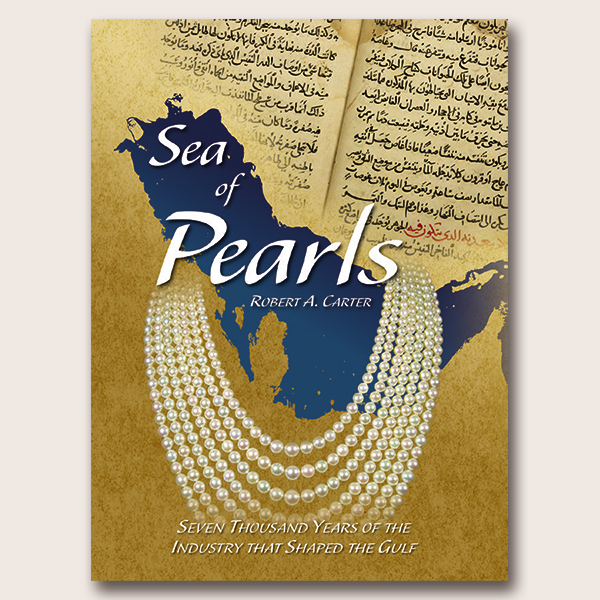 Since Antiquity the natural pearls of the Gulf have been famed as the finest, most lustrous and most plentiful that the world can offer. From the beginnings of trade until the 1930s, these pearls were a major product of the Gulf’s coastal exports. Latterly, from the 17th to the early 20th centuries, rising international demand turned pearling into their economic mainstay.

Despite its formative role in the economic, social and political evolution of Gulf society, there has until now been no book taking the entire history of the pearling as its subject. Dr Carter’s ground-breaking work traces its evolution on both the Arabian and the Persian sides of the Gulf, from its inception to its demise, and explores the role it played in shaping the political, social and urban configuration that we see in the region today. It shows the extent to which the Gulf economy became dependent on a single commodity, and how, in that respect, pearling resembled the oil industry that would replace it.

Since antiquity the natural pearls of the Gulf have been famed as the finest, most lustrous and most plentiful that the world can offer. Pearling’s exceptionally long history can be traced back at least to 5000 BC, when pearls were implicated in the earliest ventures in long-distance maritime trade. In the 18th, 19th and early 20th centuries, the industry boomed as never before. By this time pearls were fished in their millions by ever-increasing numbers of tribesmen and townspeople, to feed an expanding international market. The influx of people and wealth to the coast permanently transformed the Gulf, providing the manpower and capital to germinate and nurture the city-states – most notably Qatar, Kuwait, Bahrain, Abu Dhabi, Dubai, Sharjah and Ras al-Khaimah – which endure there today.

Lavishly illustrated, this book covers in unprecedented detail the history, development, conduct, florescence and catastrophic collapse of the industry in the early 20th century. It is essential reading, not only for those wishing to understand the growth and conduct of the pearl fishery, but also for those interested in the history of the region and the origins of the Gulf states, and in the colourful story of the global taste for one of mankind’s most highly prized precious stones.

Robert Carter is Professor of Arabian and Middle Eastern Archaeology, and Graduate Tutor. He coordinates the Archaeology of the Arab and Islamic World MA, and lectures on the archaeology of the region from the Palaeolithic era to the coming of Islam. His main research concerns the origins of the Gulf towns, and his chief research project is the Origins of Doha and Qatar, a multidisciplinary project that combines archaeology, historical research, GIS and oral histories to explore the development of Doha. His second major research project, the Shahrizor Prehistory Project, examines settlement and complexity in northern Iraq in the 5th-6th millennia BC (Ubaid Period). Professor’s Carter’s other research includes Neolithic seafaring in the Gulf (5th-6th millennia BC); the formative role played by the pearl fishery in the shaping of the Gulf countries; and medieval urbanism and maritime trade in the Gulf.

Prof Carter holds a PhD in Bronze Age Eastern Arabia and an MA from the UCL Institute of Archaeology, London. Since 1993 he has conducted fieldwork, artefact studies and consultancy in many parts of the Gulf, including Qatar, Kuwait, Bahrain, Saudi Arabia, Abu Dhabi, Sharjah, Ras al-Khaimah, Fujairah, as well as in Iran.