Isle and Empires: Romanov Russia, Britain and the Isle of Wight (2022 Paperback Edition)

The tumultuous story of the Romanovs and their enigmatic relationship with Britain is brought to life in Stephan Roman’s Isle and Empires. This book explores the misunderstandings, suspicions and alliances that created an uneasy partnership between two of the world’s most powerful Empires.

In this updated edition of Isle and Empires, the author asserts that ‘It is important that we understand the history of the British relationship with Romanov Russia, if we are to make sense of what is happening today.’

The Isle of Wight, unexpectedly at the heart of the relationship between Britain and Russia, intimately linked the British royal family and the Romanovs. The Island was also home to Russia’s revolutionaries, spies, and terrorists, and the refugees fleeing Tsarist oppression.

In August 1909, the Isle of Wight hosted the Russian Imperial family during their visit to Cowes Week, then the most glamorous yachting regatta in Europe’s social calendar. A new era of Anglo-Russian collaboration emerged and seemed destined to become a dominant force in 20th-century global politics. However, less than ten years later, the Romanovs were overthrown by the Bolsheviks, and the British government and royal family stood accused of denying them a safe refuge in Britain.

Now available in paperback, this 2022 edition of Isle and Empires includes a new and exclusive Preface by the author, ‘Vladimir Putin and the return of Imperial Russia’. As the West tries to comprehend the true motives of the Kremlin in its invasion of Ukraine, Stephan Roman puts forward a strong argument for the war originating in the traditions founded by the Romanov dynasty. Namely, in Putin’s admiration for the Romanov Tsars of the past, their orthodoxy, autocratic governance, and thirst for a strong national identity. 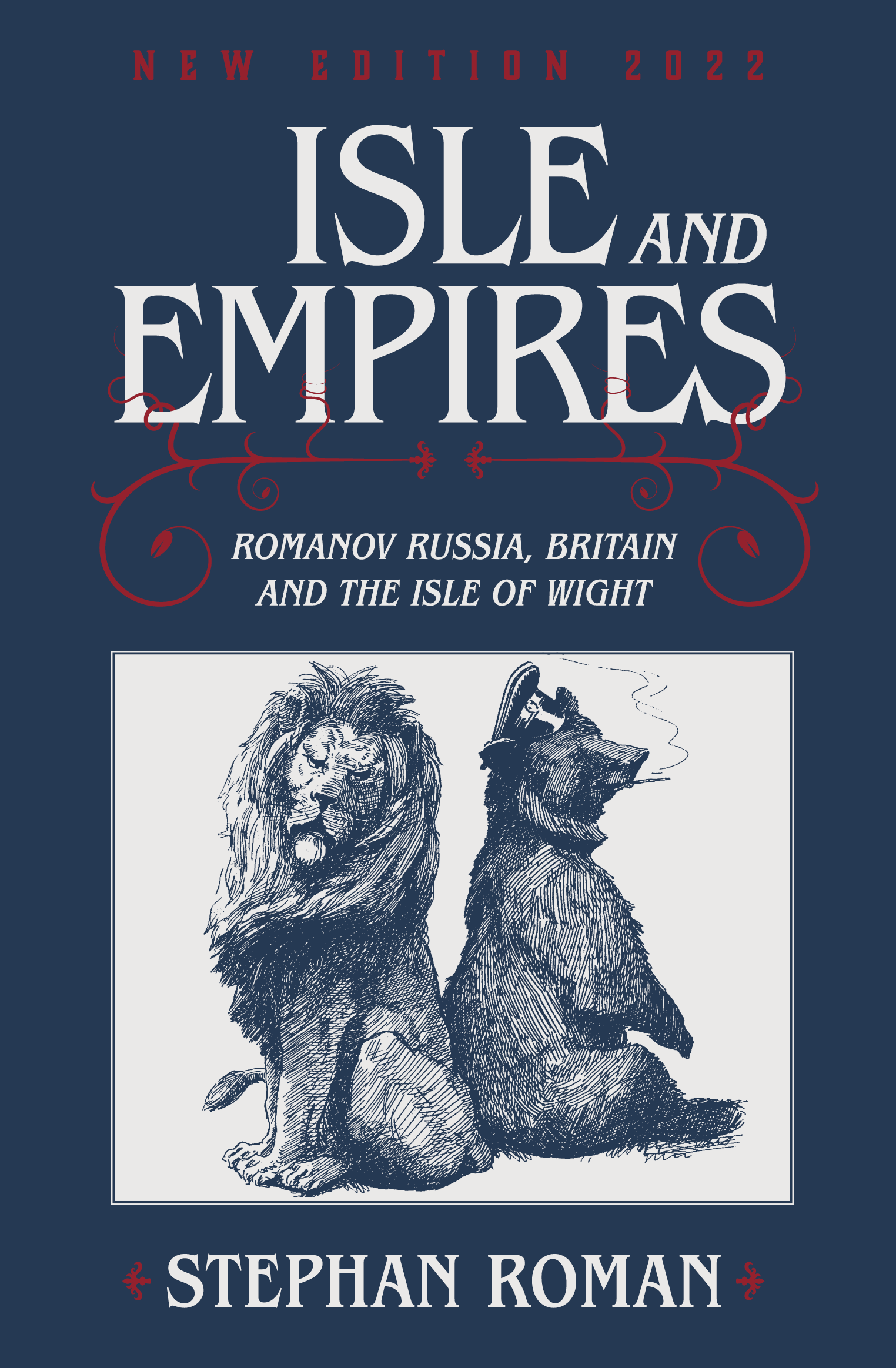