Huda Al-Ghoson’s spirited memoir Unbounded presents a real-life tale of bravery and upward mobility in the face of the unique cultural, social and occupational challenges encountered by women in Saudi Arabia.

Al-Ghoson is widely recognised for her bold effort to progress the cause of gender equality at Saudi Aramco, a once-male dominated corporate giant that remains the largest oil company in the world. Now, for the first time, she describes her rise from an entry-level employee to the first high-ranking female executive in the Kingdom’s history.

Driven by tenacious self-determination, she overcame the odds in a culture where women of her generation once lacked basic rights taken for granted in the West. A self-confessed rebel, she recalls her resistance to convention through reading, the art of self-teaching and, above all, the salvation afforded by the prospect of a different life.

Al-Ghoson recalls traumatic memories of adversity, self-doubt and isolation – revelations she has kept secret until now. At 15 years old, adrift from a short-lived arranged marriage and a discouraging college education, her mother encouraged her to answer an ad from Saudi Aramco. Little did either woman realise, this would launch Al-Ghoson on a trail-blazing career, shattering glass ceilings, confronting workplace harassment, and doing the unthinkable – putting men in their place.

Today, the path taken by Al-Ghoson embodies the liberal and progressive Saudi Arabia she always envisioned, and which she is thrilled to see emerging rapidly in her lifetime.

Huda Al-Ghoson spent over 35 years with Saudi Aramco, the world’s largest oil producing and refining company, and the largest corporation in the Middle East. As executive director of Human Resources, Al-Ghoson was the first Saudi woman to achieve such a leadership position in eight decades of Aramco’s existence.

She holds degrees from King Saud University in Riyadh and the American University in Washington DC, as well as executive training qualifications from the likes of Cornell University, University of Michigan and Oxford University. Al-Ghoson has also served as a source of expertise on several boards, such as Saudi Telecom Company, Johns Hopkins Aramco Healthcare, and Bupa Arabia.

Al-Ghoson divides her time between residences in Dhahran, Saudi Arabia, and London. This is her first book. 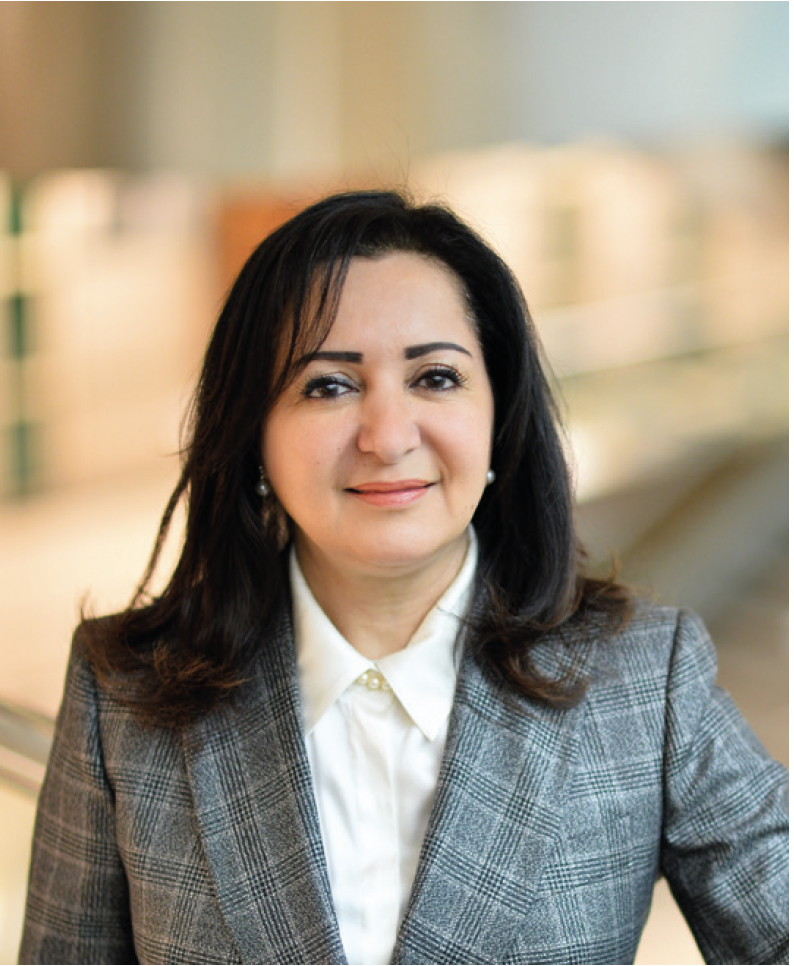