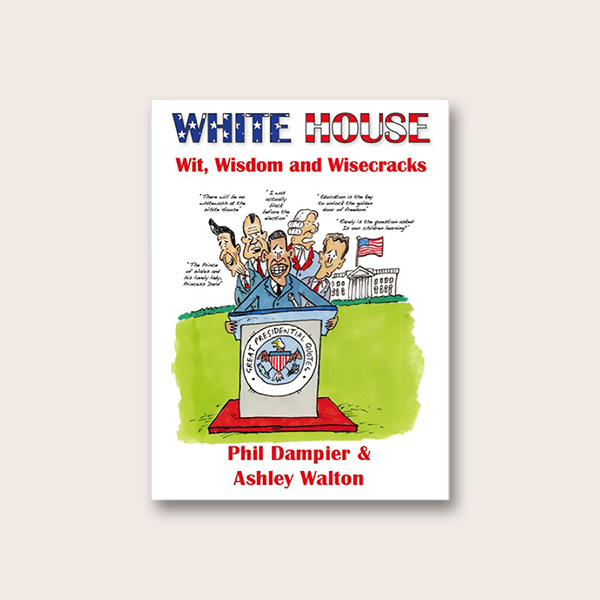 As Commanders-in-Chief, Presidents are in charge of the most powerful armed forces ever known, yet humour is often their best weapon.

Harry S. Truman:
“You want a friend in Washington? Get a dog.”

In January 2013, Barack Obama was sworn in for a second term as the 44th President of the United States of America. The only African-American to occupy the White House, this charismatic and eloquent leader is carrying on a rich tradition of oratory which started with the Founding Fathers of the 18th century.

This comprehensive collection of witty one-liners, historic pronouncements, personal insights and philosophical musings should contain something for everyone. It goes without saying that you will find the goofs and gaffes of more recent incumbents of the office, but what clearly emerges from the more serious quotations in this compilation is how many of the problems faced by the earliest Presidents still resonate today.

When George Washington said “Education is the key to unlock the golden door of freedom”, Andrew Jackson admitted “I have always been afraid of banks” and Herbert Hoover declared “Blessed are the young, for they shall inherit the national debt”, they could have been talking of 21st-century crises.

In our 24-hour TV news and internet world, how would the earliest leaders have stood up to scrutiny? More than a few Presidents were wooden and unsuited to the Oval Office, while others were the cream of their generation and could have succeeded in whatever career they chose.

Ashley Walton was the royal correspondent of the Daily Express from 1979 to 1992. He travelled to every continent covering numerous tours, including the Queen and Prince Philip in India, Africa and China. He was one of the first reporters to identify a young Lady Diana Spencer as a future royal bride, and covered her last tour with Prince Charles to South Korea in 1992. He was also among the first to reveal the romance between Prince Andrew and Sarah Ferguson. He lives in Hertfordshire with his wife Joan and two sons.

Richard Jolley has been a freelance cartoonist for twenty years.

His first cartoon was published in Private Eye in 1990, where he has since been a regular contributor, drawing the “Liz” strip about the Royal Family in the nineties and the “EU-phemisms” cartoons since 2005. He also contributes to The Spectator, The Oldie, Prospect, and the Mail On Sunday, and has been seen in The Times, Telegraph, New Statesman, amongst many other august publications.

His work has been exhibited in international museums and galleries.