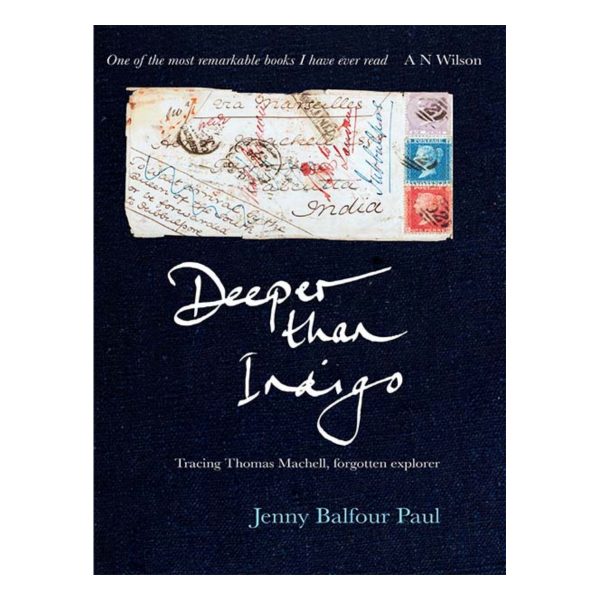 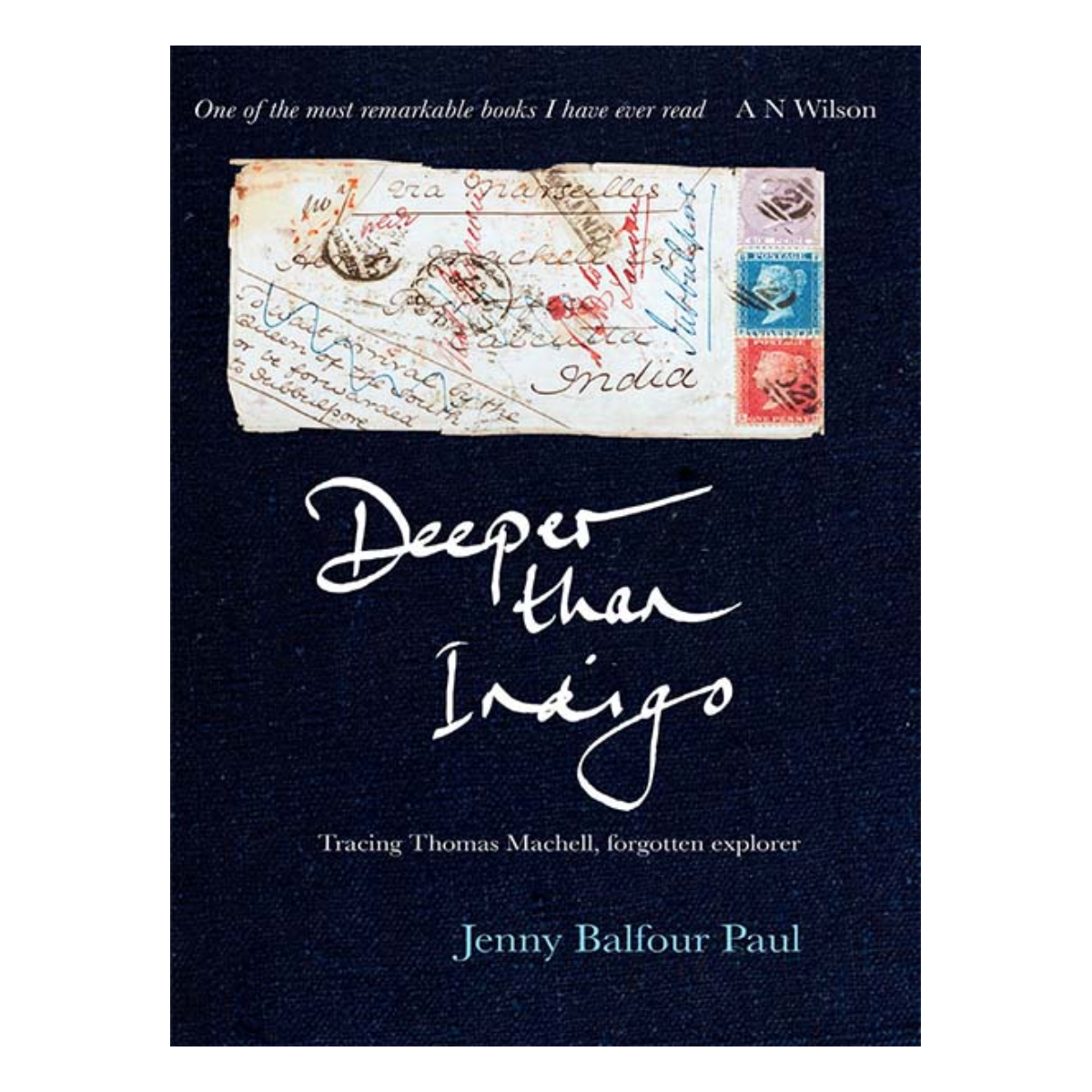 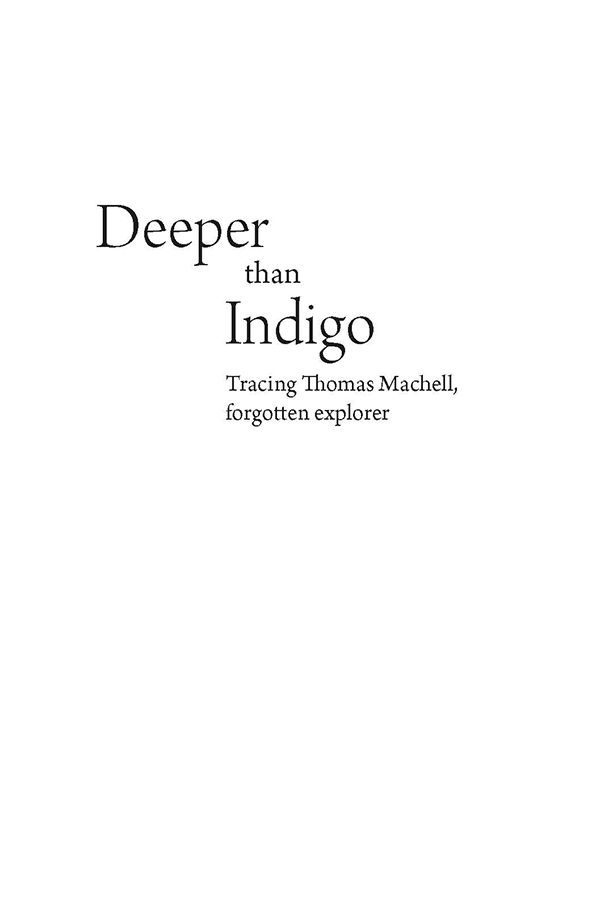 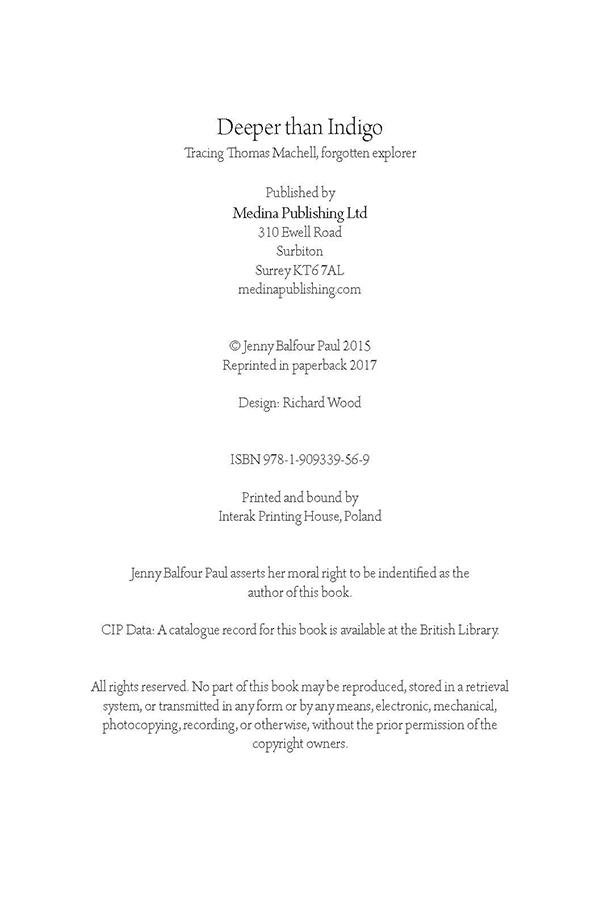 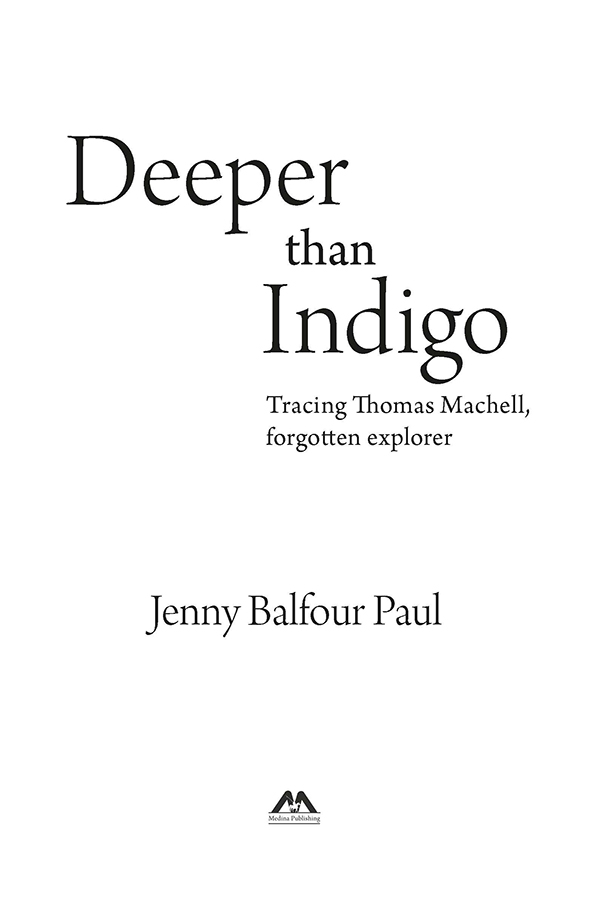 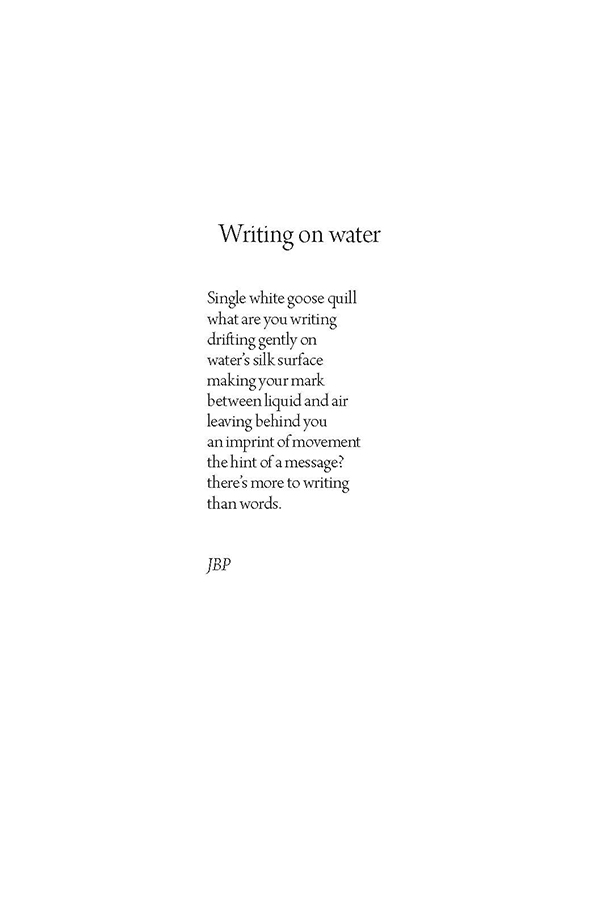 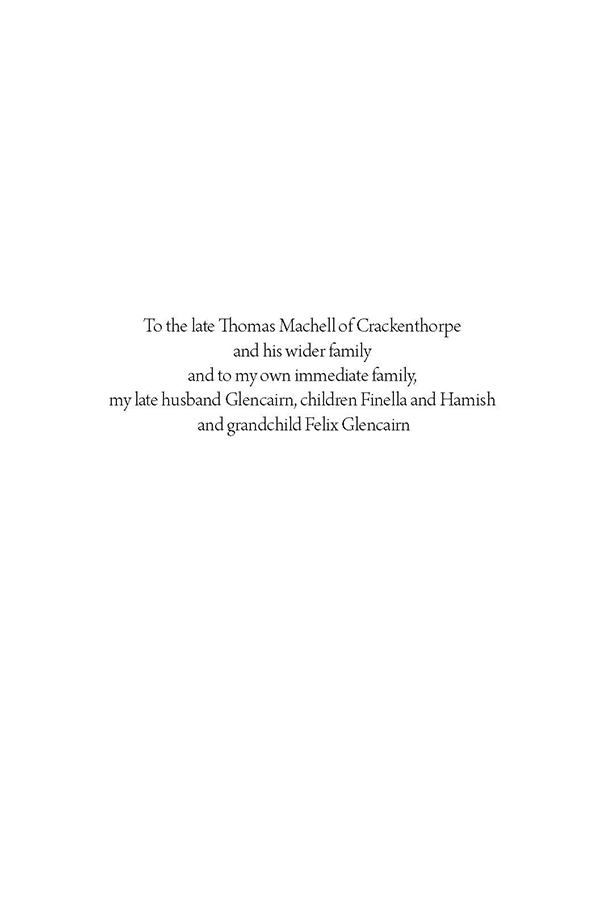 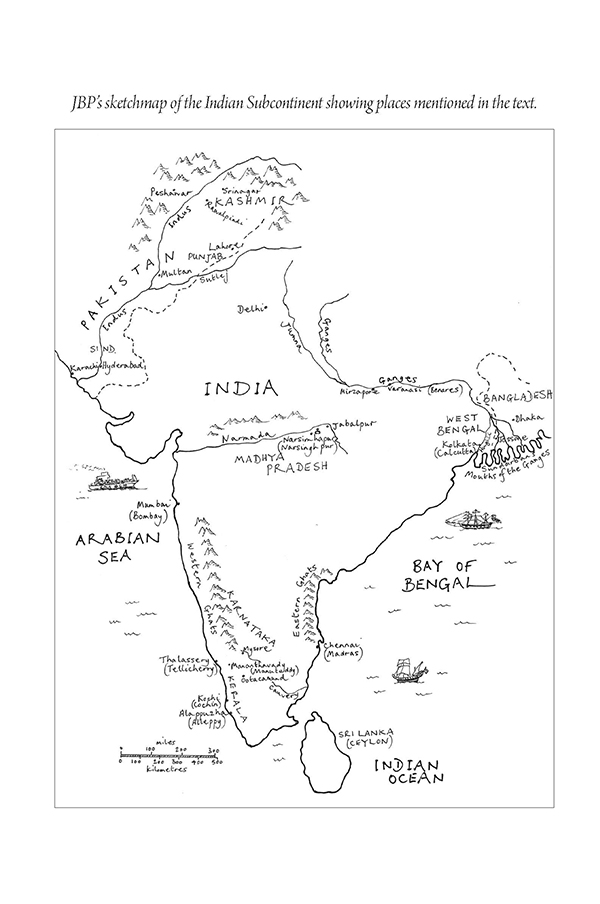 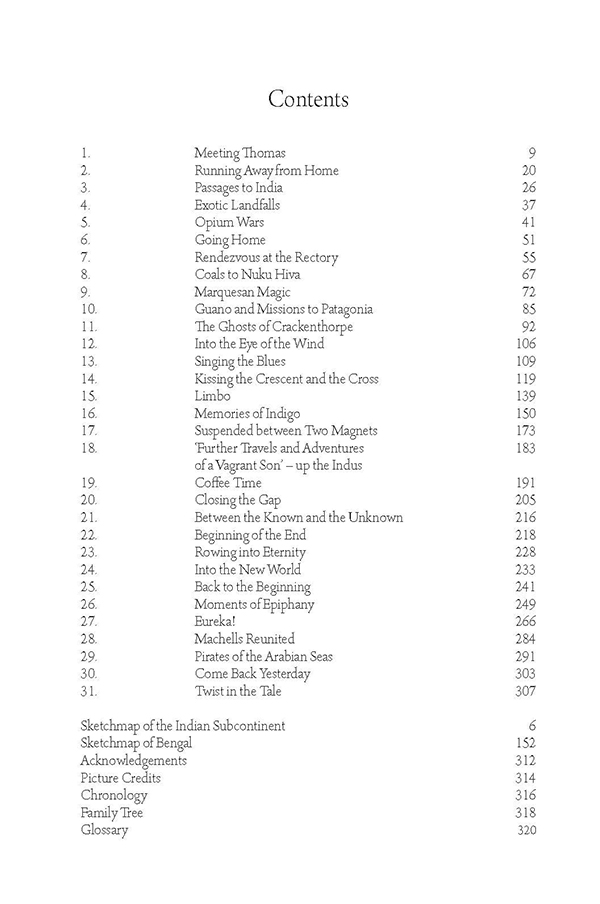 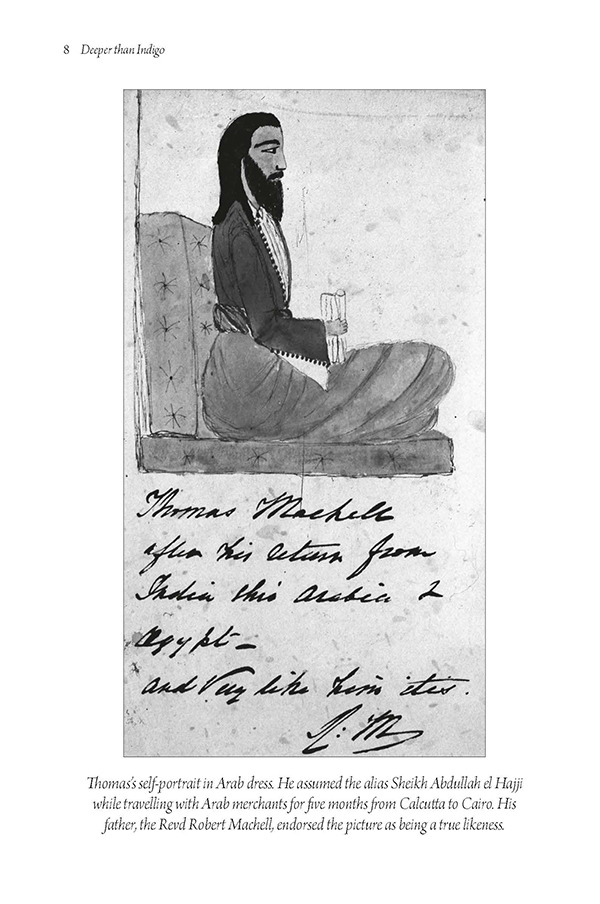 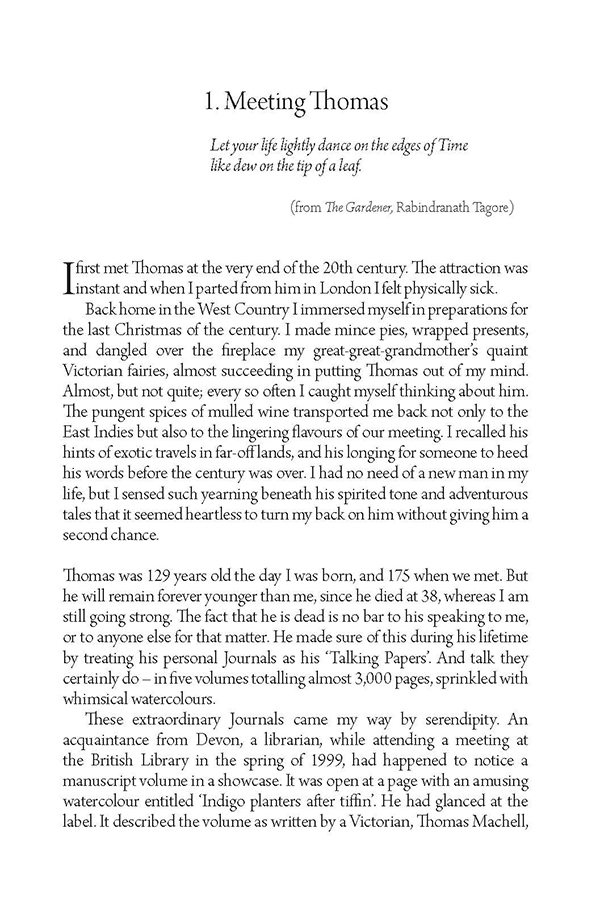 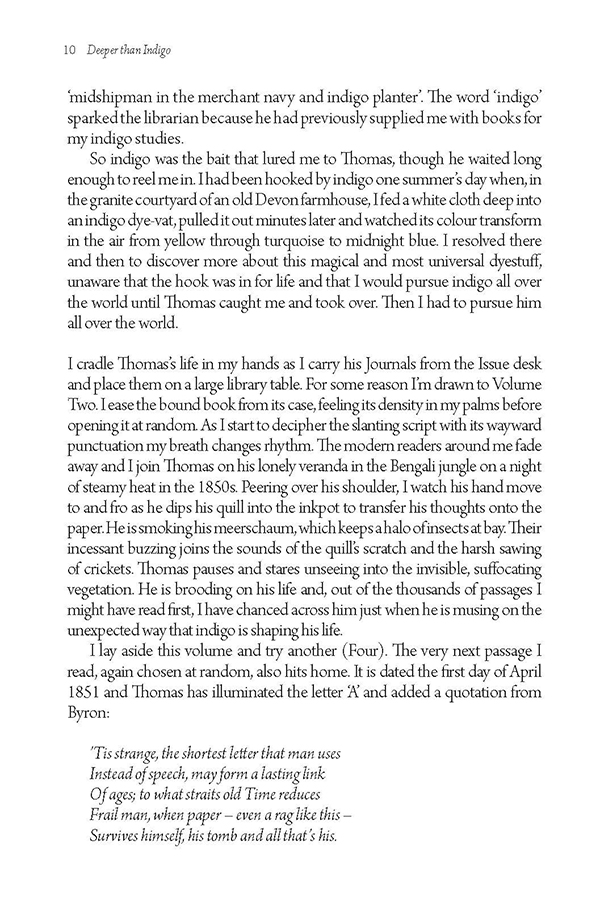 This intriguing odyssey, set on the edges of time, encompasses biography, memoir, detective story, travelogue and history to tell a remarkable tale of East-West connections and a mysterious love. The author’s quest begins when the word ‘indigo’ draws her to the illustrated journals, now in the British Library, of Victorian explorer Thomas Machell.

She finds her life to have striking echoes of his, not least travels to and within India, a career in indigo, and a passion for journal writing. She is also intrigued by his aspiration to write ‘a novel in the form of an autobiography’ and by his quirky watercolour sketches.

One of the most remarkable books I have ever read… a deeply moving, totally enchanting account of a great metaphysical mystery.

Machell of Crackenthorpe, born in 1824, first demonstrated his yearning for adventure when only twelve, and at sixteen left the family rectory to follow his dream of travelling to the East. By chance, he witnessed many important historical events, including the infamous ‘First Opium War’ and the ‘Indian Mutiny’.

He spent most of his adult life in India, and the author follows him to indigo plantations of rural Bengal and Bangladesh, to coffee estates in Kerala’s Malabar Hills, to unexplored regions of central India and to the city of Calcutta. Machell also travelled up the Indus River to Kashmir and the North-West Frontier and undertook an intrepid sea voyage with Muslim merchants.

When the author voyages aboard the last freighter to take passengers from UK to India, she faces the same threat of pirate attack in the Red Sea as Machell. She also follows in his wake by cargo ship to the most remote Polynesian islands, setting for his passionate love affair, and she seeks his colourful descendants in the New World.

This remarkable tale of East-West connections brings to life the untold story of a spirited outsider at the height of the British Raj. Serendipity, intuition and an enchanting relationship, as well as the author’s quest to uncover the missing years of Machell’s life, give this book its magical extra dimension.

Thomas Machell, explorer, writer and artist, was born near York in 1824. As a teenager he sailed around the Cape of Good Hope to India and on to China where he experienced the ‘First Opium War’. His next voyage was around Cape Horn to the Polynesian Islands of the Marquesas, on a ship carrying coal and guano. Returning to India, he worked in indigo in Bengal, coffee in Kerala and with bullock transport in central India. He also travelled up the Indus to the North-West Frontier and Kashmir and in the Arab world by land and by sea with Muslim merchants. He died in India in 1864, aged 39.

She was consultant curator for the Whitworth Art gallery’s 2007 touring exhibition ‘Indigo, a Blue to Dye For’ and consultant for two documentary films.

Jenny is an Honorary Research Fellow at Exeter University; a Fellow of London’s Royal Geographical Society and Royal Asiatic Society and New York’s Explorers Club; and President of the UK’s Association of Guilds of Weavers, Spinners and Dyers.

She is involved in research into dyes recovered from shipwrecks, is a partner in ‘Silk Road Connect’, an educational initiative launched by cellist Yo Yo Ma’s Silk Road Project in New York in 2009, and promotes revivals of natural dyes throughout the world.

10 reviews for Deeper than Indigo

Tippu Tip: Ivory, Slavery and Discovery in the Scramble for Africa – Hardback

The Twelfth Night of Ramadan