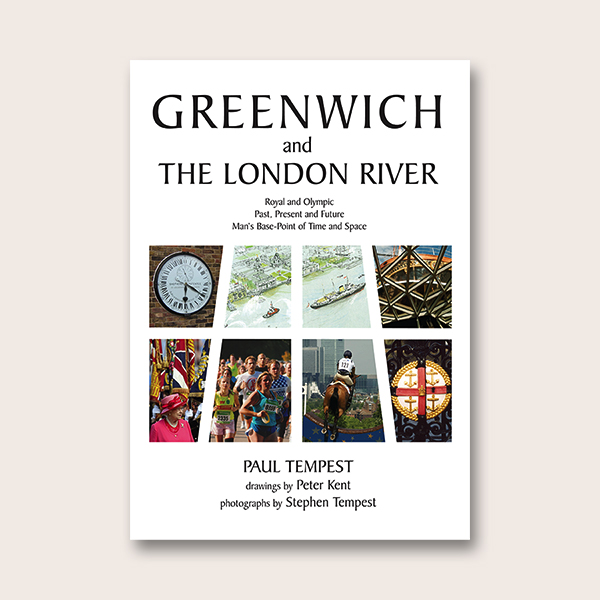 Greenwich and the London River

Greenwich and the London River

The year 2012 was a momentous one for Great Britain: London hosts the Olympic Games and the Queen celebrated her Diamond Jubilee. Greenwich with its long royal associations has been granted Royal Borough status and is the venue of many Olympic events…

Paul Tempest’s timely book covers the past, present and future of an area rich in history that is a key to the City’s safety and success. The River Thames is the lifeblood of London, and on its southern shore lies the jewel that is Greenwich – a World Heritage Site, man’s agreed base-point of time and space, home of the Royal Observatory, the National Maritime Museum, the Cutty Sark and so much more. Paul Tempest has lived in Greenwich for more than 50 years, and has researched it in loving detail.

This book is enhanced by the maps and drawings of Peter Kent (another longstanding Greenwich resident and a well-known artist) and the photographs of Stephen Tempest, the author’s son. Together they capture the essence of the place and the spirit of the people who live and work in the Borough. This, says the author, is ‘not so much a formal guidebook as a drawing together of disparate threads, an expression of affection and love’.

Along with the illuminating narrative and rich visual portrait of Royal Greenwich, the author also offers his assessment of how the River has changed over the last 50 years, and what might lie in store in the coming decades.

Paul Tempest worked for 24 years in the Bank, spending over eight years on secondment – with the Bank for International Settlements in Switzerland, with the Diplomatic Service learning Arabic in the Middle East, as General Manager of the Qatar and Dubai Currency Board(in 1970-71) and for three years with Shell International and British Gas. He has been Chairman of the Bank’s alumni organisation, The Threadneedle Club, since its inception in 1985.

Paul Tempest is the author of two dozen books on subjects ranging from the Bank of England to envoys to the Arab world. He has been Chairman of The Threadneedle Club, the Bank of England’s alumni organisation, since 1985 and editor of its magazine Threadneedle. In 1972 he helped found the London River Commuters Association based in Greenwich. He is a keen yachtsman and sailed on the Thames below Greenwich each winter from 1992 to 2004, and from spring moorings on the Medway and at the Royal Corinthian Yacht Clubin Burnham-on-Crouch, Essex voyaged to waters beyond these English shores. He has been a member of the Royal Ocean Racing Club (1961-2006), and the Bank of England Sailing Club and the Athenaeum since 1981.

1 review for Greenwich and the London River

Yes, the Arabs Can Too

From Epsom to Tralee