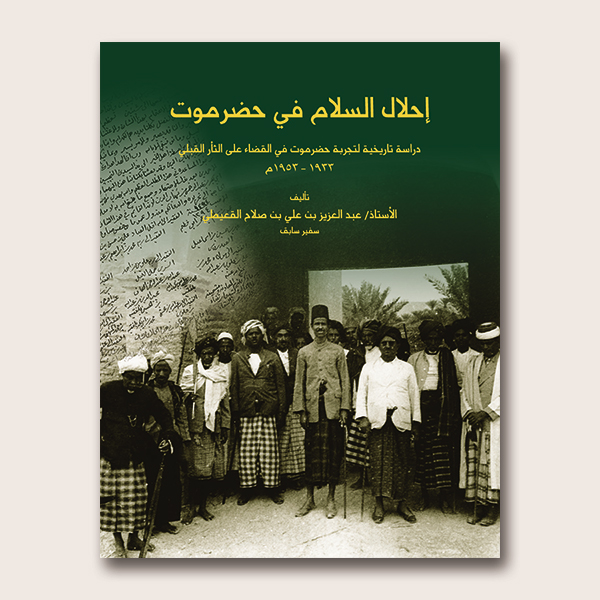 This book, in Arabic, describes a crucial episode in Yemeni history, during which tribal feuding was brought to an end.

The Hadhramaut region, by the 1930s under British tutelage as part of the Eastern Aden Protectorate, comprised a patchwork of tribal groups forming the Qu’aiti and Kathiri Sultanates, and was driven by tribal rivalries and infighting. In the mid-1930s, the British in Aden were interested in pacifying the area in order to strengthen it against outside claims. Taking advantage of the desire among local leaders to establish political stability, they appointed Harold Ingrams as Resident Adviser, based in the main town and port, Mukalla, capital of the Qu’aiti Sultanate. Between 1936 and 1939, in collaboration with Sultan Ali bin Salah Al-Qu’aiti, Sultan Ali bin Mansur Al-Kathiri and Sayyid Abu Bakr Shaikh Al-Kaf, Ingrams and his wife, Doreen, travelled on camel and donkey to all parts of the region, negotiating with local leaders and helping them to resolve their disputes. In all, about 1,400 treaties were signed by local leaders, obliging them to put an end to feuding amongst themselves. Focusing on the enlightened peace-making efforts of local leaders, supported by the tireless efforts of a representative of an outside power, the author aims to show that the remorseless cycle of revenge need not be as unstoppable as it may seem to those caught up in it.