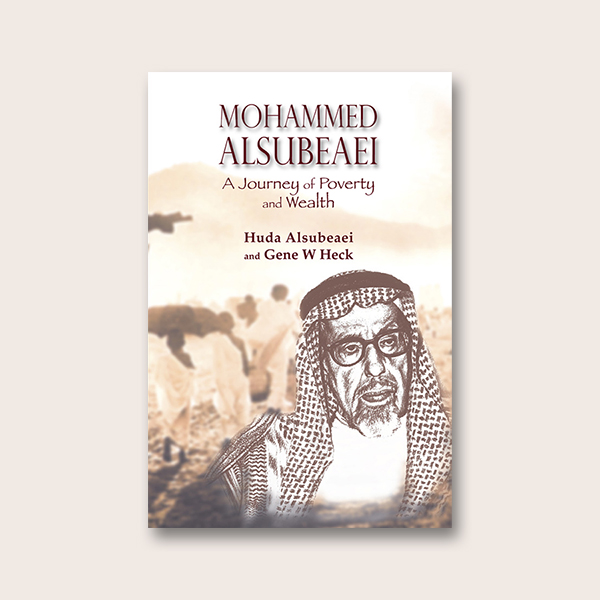 The story of Sheikh Mohammed bin Ibrahim Alsubeaei is an inspiring one – a portrait of a man who, in turbulent times, overcame great hardship and adversity and achieved consummate success…

The story of Sheikh Mohammed bin Ibrahim Alsubeaei is an inspiring one – a portrait of a man who, in turbulent times, overcame great hardship and adversity and achieved consummate success.

Born in 1915 and fatherless from an early age, he began his working life as a labourer and a shopkeeper. Through hard work and strength of character, he rose to power and wealth, becoming an astute businessman respected by his peers for his honesty and integrity. He is also accomplished poet whose writings and insights are treasured. Notwithstanding his position and power, Sheikh Alsubeaei is a modest man of great dignity, compassion and benevolence; a man who walked with kings yet never lost the common touch.

Mohammed Alsubeaei achieved success long before Saudi Arabia received the blessings of great wealth made possible by the discovery of oil. A fervent patriot, he played a crucial role in helping to shape the emerging Kingdom into the strong nation that it is today.

The astonishing pace of change – social, political and economic – in Saudi Arabia during the 20th century forms a backdrop to the story of this extraordinary man. Illustrated throughout, the life and times of Mohammed Alsubaeai are told jointly by his daughter Huda and the Arabist and scholar the late Gene Heck, whose last work this is.

He served as a U.S. Army Military Intelligence Officer for many years, with U.S. Army reserve tours in Ethiopia, Turkey, and Jordan. Due to his skill in mastering the Arabic language, he spent a good deal of his time in the Middle East, where he still resides today.

Throughout his career, Dr. Heck has won several national awards for the design of state and local economic development programs. Currently, he is a senior business development economist operating in Saudi Arabia and throughout the Middle East. He also serves as adjunct professor of government and history with the University of Maryland.

4 reviews for Mohammed Alsubeaei: A Journey of Poverty and Wealth