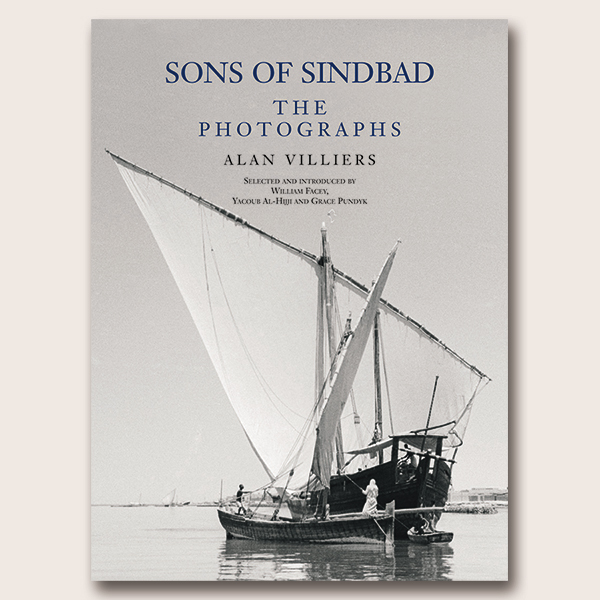 The conventional story of the West’s discovery of Arabia and its peoples has been dominated by a celebrity cast of overland explorers, from Niwbuhr, Burckhardt, Burton, Palgrave and Doughty in the eighteenth and nineteenth centuries, to T. E. Lawrence, Harry St John Philby and Wilfred Thesiger in the twentieth. Villiers should now be given similar recognition of this exploration of a maritime world now lost to us.

Alan Villiers had already made a name for himself as a maritime adventurer in the 1920s and 1930s because, unusually, he combined his maritime skills with a great talent as a pioneering photojournalist. In 1938, when he first went to Arabia, he had just completed an epic three-year voyage around the world in his three-masted schooner, Joseph Conrad. He travelled to Arabia because he was certain that he was living through the last days of sail and was determined to record as much of the as he was able. It seemed to him, after two decades at sea, that ‘as pure sailing craft carrying on their unspoilt ways, only the Arab remained’.

Choosing Aden as his starting-point, Villiers looked around for Arab dhow masters prepared to take on a lone Westerner as a crewman. At Aden, he was put in touch with the captain of one of the great Kuwaiti booms frequenting the port. Her captain, Nejdi, was making the age-old voyage from the Gulf to East Africa, coasting on the north-east monsoon winds with a cargo of dates from Basra. The return voyage would be made in the early summer of 1939, on the first breezes of the south-west monsoon, from East Africa to Kuwait with a cargo of mangrove poles.

As great a treasure as the text are the thousands of photographs Villiers took of this voyage by dhow. Of these, only a handful were originally published in Sons of Sindbad. The collection, deposited at the National Maritime Museum, has remained largely unpublished until now. The images, selected and introduced by William Facey, Yacoub Al-Hijji and Grace Pundyk, provide an unforgettably vivid memorial of the life and skills of Kuwait’s dhow sailors, of the ports along the route of Kuwait itself, and of the pearl divers of the Arabian Gulf.

Born in Melbourne, Australia, Villiers first went to sea at age 15 and sailed on board traditionally rigged vessels, including the full-rigged ship Joseph Conrad. He commanded square-rigged ships for films, including Moby Dick and Billy Budd. He also commanded the Mayflower II on its voyage from the United Kingdom to the United States.

Villiers wrote 44 books, and served as the Chairman of the Society for Nautical Research, a Trustee of the National Maritime Museum, and Governor of the Cutty Sark Preservation Society. He was awarded the British Distinguished Service Cross as a Commander in the Royal Naval Reserve during the Second World War.