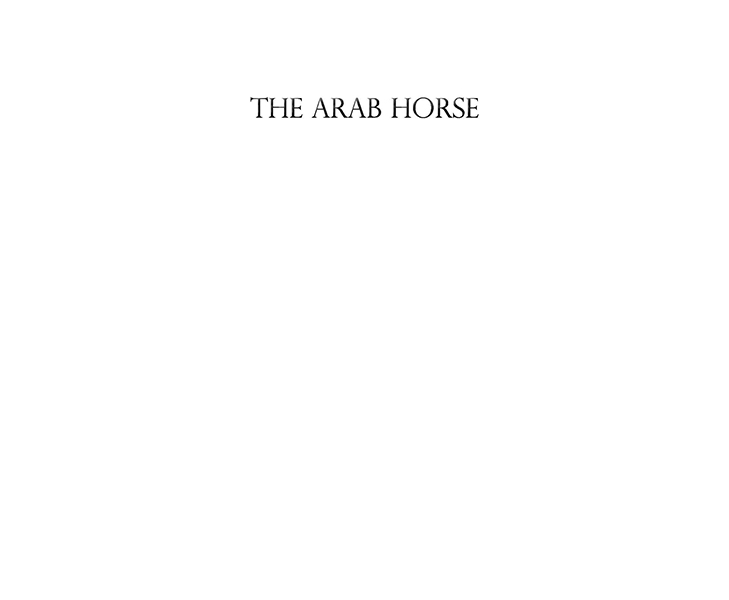 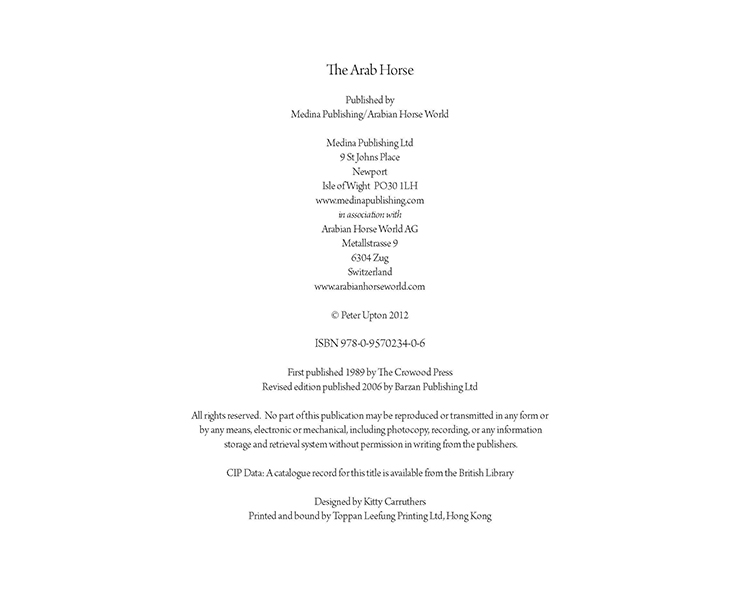 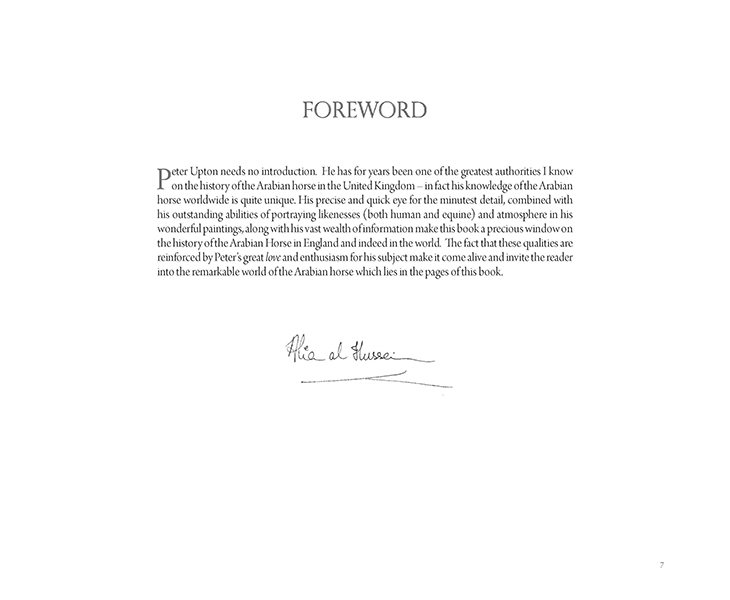 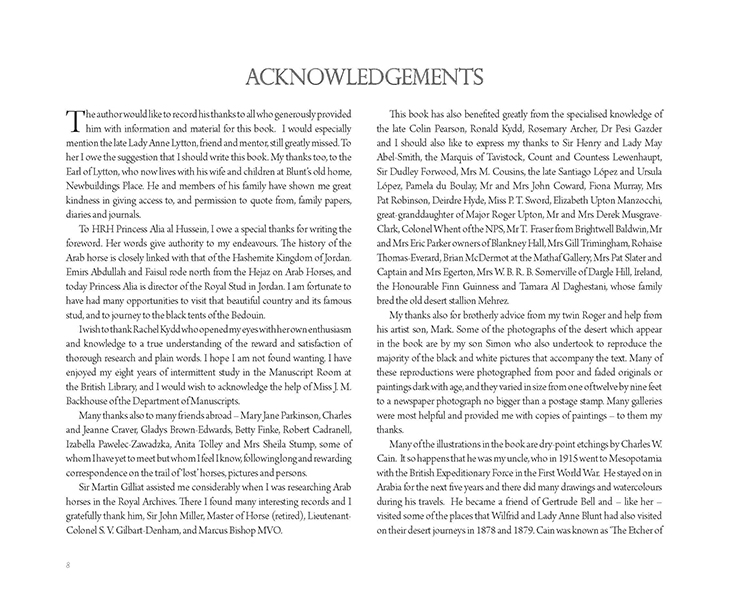 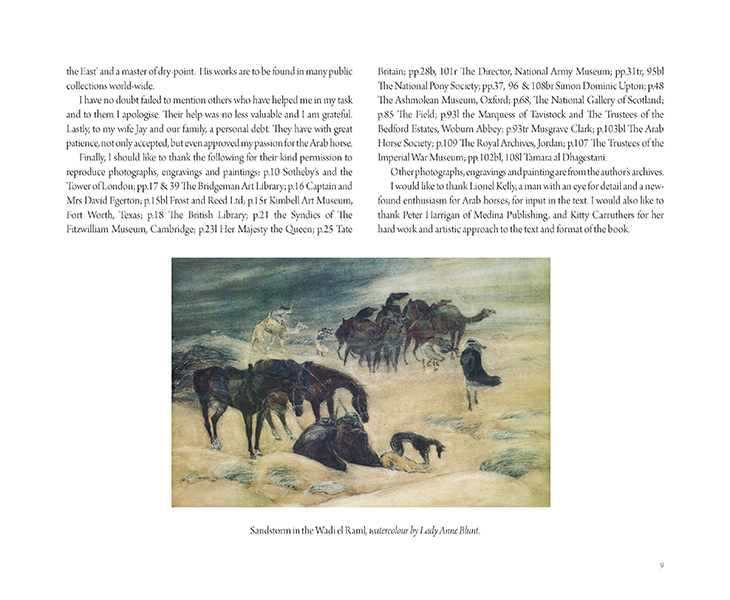 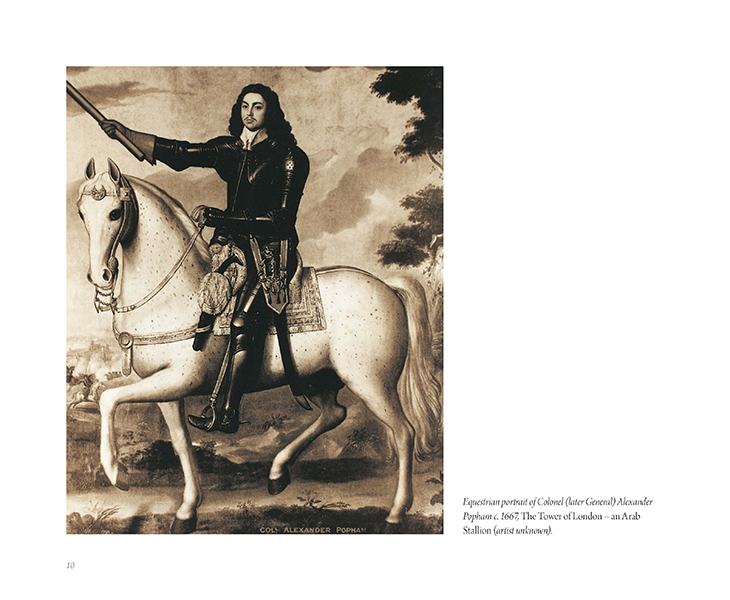 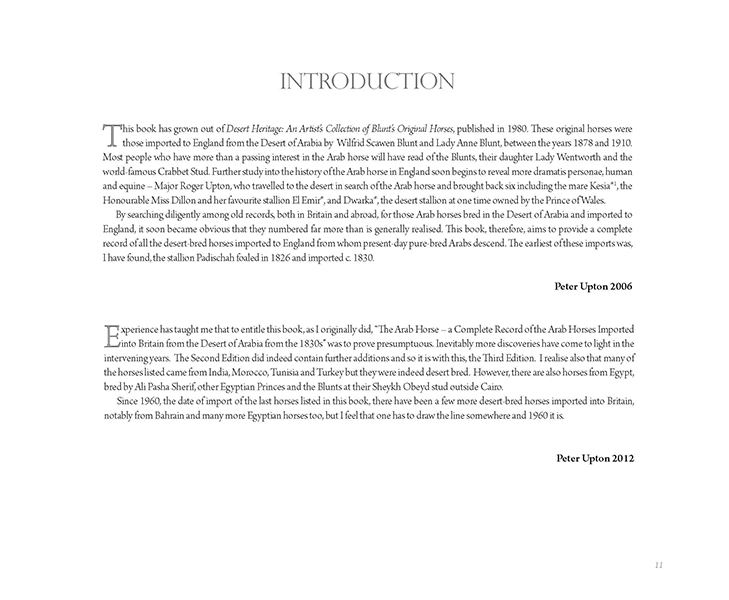 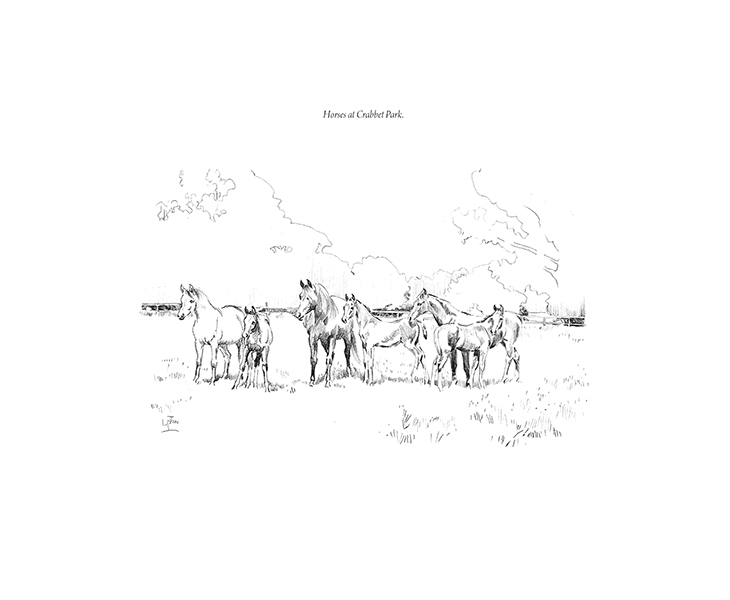 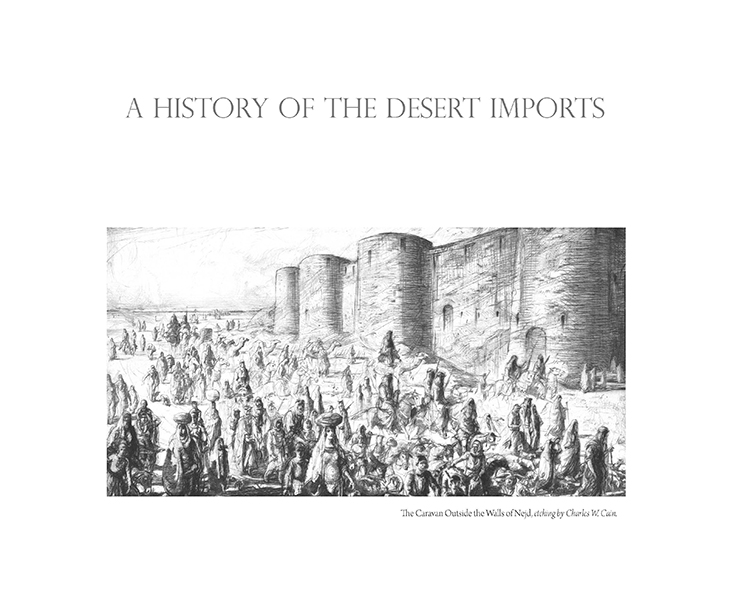 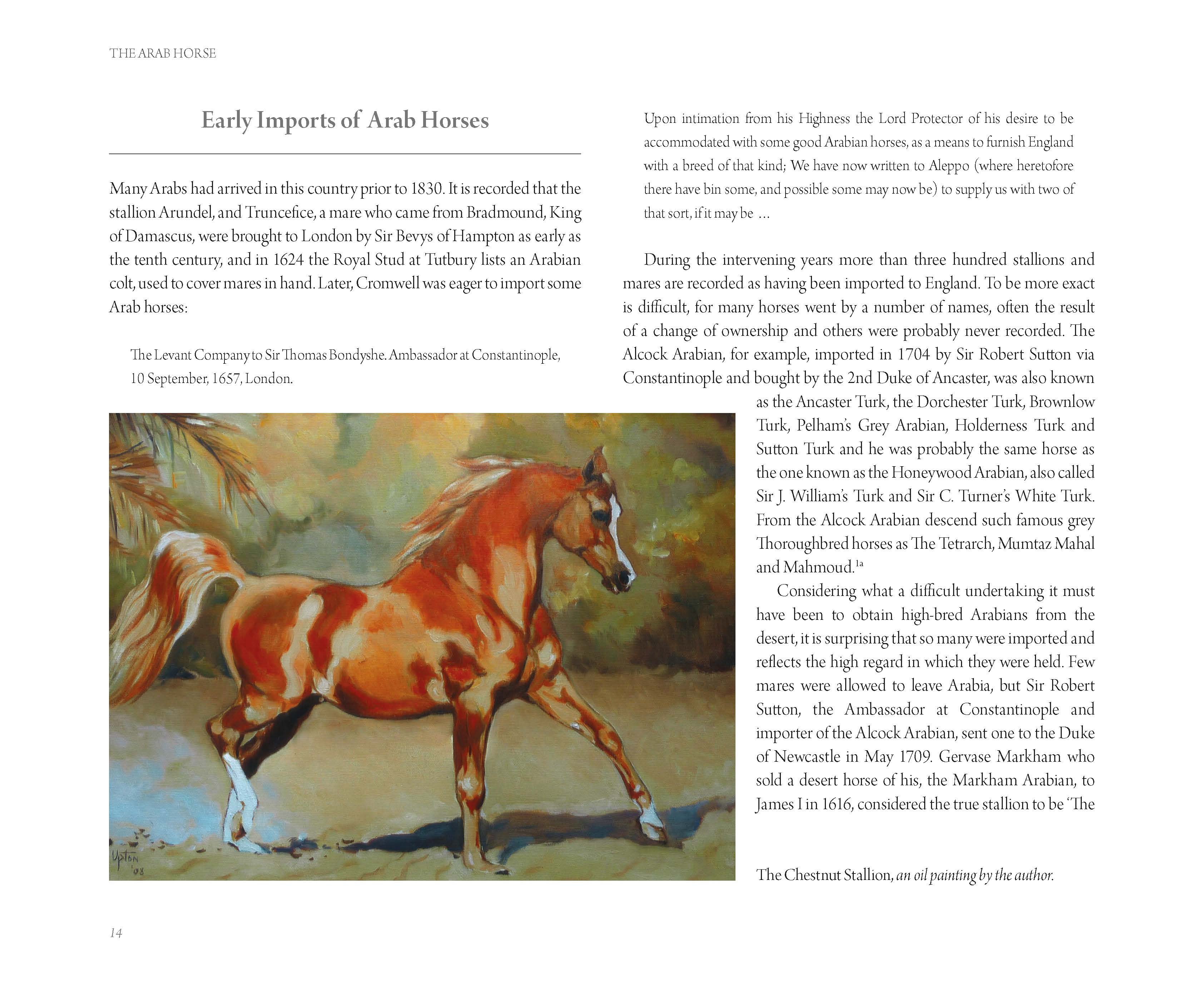 Since its first publication in 1989, The Arab Horse has been recognised as the definitive work on the subject. This, the third edition, has been substantiallly revised and redesigned to bring the story of the Arab horse to a new generation of enthusiasts of the breed, and to coincide with the opening of the British Museum’s exhibition on ‘The Horse from Arabia to Royal Ascot’ in May 2012… In hardback

Since its first publication in 1989, The Arab Horse has been recognised as the definitive work on the subject. This, the third edition, has been substantiallly revised and redesigned to bring the story of the Arab horse to a new generation of enthusiasts of the breed, and to coincide with the opening of the British Museum’s exhibition on ‘The Horse from Arabia to Royal Ascot’ in May 2012. The first Arab stallion brought into Britain from the Desert of Arabia was Padischah, imported in the 1830s, whose pure-bred line still exists. Since the first edition of The Arab Horse – subtitled ‘A Complete Record of the Arab Horses Imported into Britain from the Desert of Arabia from the 1830s’ – more imports have been discovered. But, as the author admits, one must draw the line somewhere. This book provides a complete record of all the desert-bred horses imported into Britain after Padischah, from whom present-day pure-bred Arab horses descend, up to 1960. In his introductory chapter, Peter Upton provides a narrative history of the desert journeys of those early British enthusiasts who went in search of horses suitable for shipping back to Britain, most notably Major Roger Upton, Wilfrid Scawen and Lady Anne Blunt (founders of the famous Crabbet Stud in 1878), and the Honourable Miss Dillon. Thereafter, and often in the words of the original importers, the author gives detailed descriptions of the eighty-six horses who have lines existing to this day, as well as detailed tables of descent of mares and stallions, and sections on Bedouin horse breeders, the origins of the Arab horse, and the development of strains. Lavishly illustrated with sixty full-page colour portraits of horses by the author, and colour reproductions of famous paintings of Arab horses by the Old Masters, and with 160 black-and-white photographs, this revised, expanded and reformatted edition of The Arab Horse will delight and inform all those with an interest in this most beautiful breed. ADDITIONAL INFORMATION:

A limited edition run of 130 prints of Peter Upton’s portrait of the famous mare TURFA, signed by the artist and mounted, is also available.

Peter Upton studied art and art history at college and university, but considers that he really learnt more from his uncle, Charles W Cain, the well-known etcher of Arabia in the 1920s, and from studying the work of those artists he most admires, notably Stubbs, Munnings, Edwards, Sorolla and the Pre-Raphaelites.

Upton is best known for his paintings depicting the desert scene and the Arab horse. He has held one-man exhibitions in Britain and abroad, and his works, including many private commissions, are in private collections around the world.

A past President of the Arab Horse Society of Great Britain, an international judge, and a recognised expert on the history of the Arab horse, his passion for this breed goes back some 65 years to his first pony, a white part-Arab. He writes regularly for the AHS News and other magazines, has been involved in films on the Arab horse, and is the author of Desert Heritage: An Artist’s Collection of Blunt’s Original Arab Horses (1980), The Classic Arab Horse (1986), The Arabian Horse – History, Mystery and Magic (1998) Out of the Desert and The Arab Horse.

2 reviews for The Arab Horse

Small Miracles: The Story of the Princess Alia Foundation

Spirit of the Wind: A Photographic Celebration of the Wild Horses of the Namib Desert