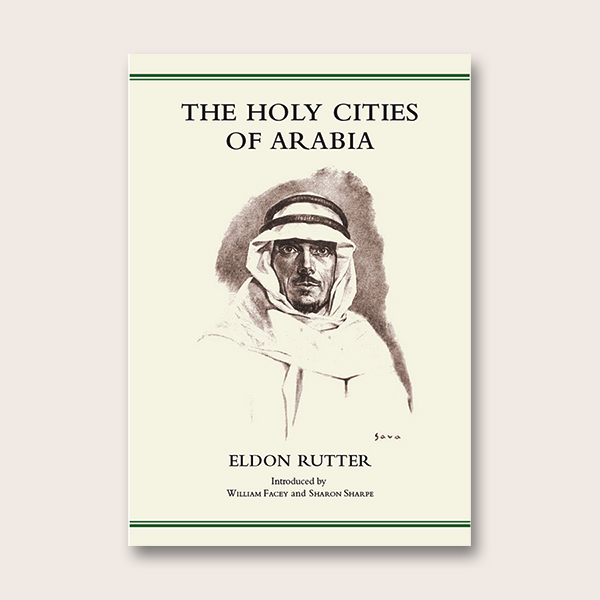 The Holy Cities of Arabia

The Holy Cities of Arabia

Few British Explorers in Arabia have produced books whose importance as travelogues is transcended by their literary quality. One such is The Holy Cities of Arabia, published to critical acclaim in 1928, with its author hailed as a worthy successor to Burckhardt, Burton and Doughty.

Unrivalled among works by Western travellers to Islam’s holy cities, this account of a pilgrimage to Makkah in 1925-26 is made all the more remarkable by its author’s timing. In 1925 Abd al- Aziz Ibn Saud brought to an end centuries of rule over the Hijaz by the Hashimite sharifs and their Ottoman overlords. Rutter, living as a learned Muslim Arab in a Makkan household, had a ringside seat as Riyadh imposed its writ on Islam’s holy cities. As striking as his account of life in Makkah before modernization are his interviews with Ibn Saud, and his journeys to al-Ta if and to the City of the Prophet, al-Madinah. The Holy Cities of Arabia proved to be its author’s only full-length work. After a brief career as a Middle East traveller, Rutter lapsed into obscurity. This new edition aims to revive a neglected masterpiece and to establish Rutter s reputation. Little was known about him until now and the introduction tells the story of his life for the first time, assessing his talents as a travel writer and analysing his significance as a British convert.

Eldon Rutter was born in 1894, in Camberwell, served in the First World War and then found a post in Malaya, for Nestlé. There he learnt Arabic from immigrants from Hadhramaut in southern Arabia and formally converted to Islam.