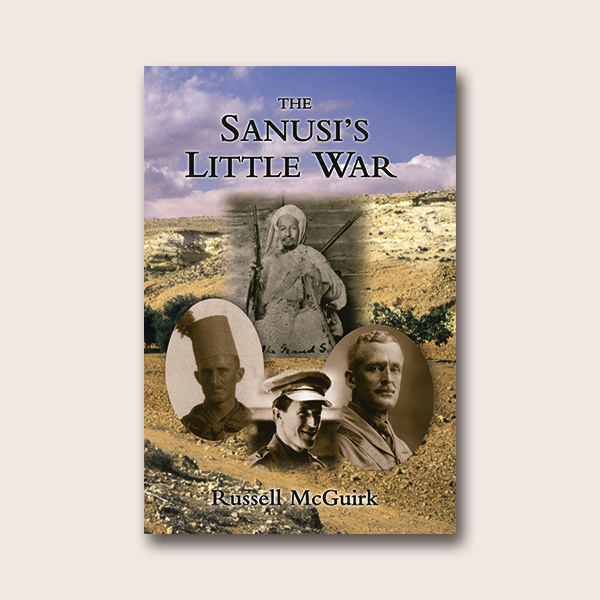 This is the exciting story of a forgotten war, fought out on the fringe of the great First World War campaigns. At its centre stands Sayyid Ahmad al-Sharif, the Grand Sanusi, a charismatic Arab leader caught between the rival war aims of the Turco-German alliance and the British Empire.

In November 1915 HMS Tara, a requisitioned ferryboat, is torpedoed by a German U-boat off Sollum on the north-west coast of Egypt. The 92 survivors, nearly all Welshmen, are handed over to Turkish and Sanusi soldiers across the border and sent as prisoners of war deep into the Libyan Desert. The Turco-Sanusi Army then overruns Sollum and pushes into Egypt. The British, occupying that country, are caught off guard and forced to launch a military campaign to expel the invaders. Over the next few months, four battles are fought before Sollum is retaken and the threat contained. Finally, the Duke of Westminster leads a large column of Rolls Royce armoured cars and Model T Fords into Libya to rescue the Welshmen. Based on original source material, The Sanusi’s Little War tells for the first time the full story of the Turco-Sanusi invasion and the subsequent military campaign. The author describes secret German missions and Turkish efforts to win over the Grand Sanusi. He reveals the fascinating role played in the campaign by British officers, particularly Leo Royle. Most unexpected of all is his discovery that T. E. Lawrence played a role in these events.

Born in Boston, Massachusetts, Russell McGuirk was educated at Phillips Exeter Academy and Johns Hopkins University, where he studied Modern University. He has travelled widely throughout the Middle East and North Africa. He lived in Egypt, working as a teacher and as a journalist for The Egyptian Gazette, and is the author of Colloquial Arabic of Egypt . He also loved and worked as a translator in Saudi Arabia for nine years. He moved to London in 1983, where he ran his own translation company, Arabic Translation Associates. He is married has two sons.