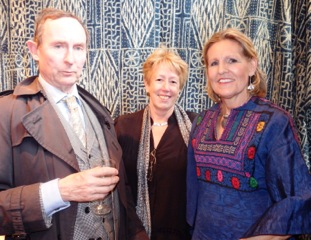 Ten years in the making, Jenny Balfour Paul’s new book on tracing forgotten explorer Thomas Machell, entitled Deeper than Indigo, has been heralded by A N Wilson as ‘One of the most remarkable books I have ever read’ and Gillon Aitken as ‘utterly captivating’.

Hosted by the Joss Graham Gallery in Belgravia, London, the event was proclaimed a great success with crowds spilling onto the street. Celebrities and guests included two of Thomas Machell’s relatives, Peggy Machell and David Mills, the former journeying specially from the USA for the event. Jenny’s only respite from signing books for 3 hours was to pose for pictures taken by Liz Thompson for BookBrunch. Music was provided by pianist and composer Hamish Balfour, accompanied by Mao Yamada on the double bass.

Deeper than Indigo is described as an intriguing odyssey set on the edges of time, encompassing biography, memoir, detective story, travelogue and history to tell a remarkable tale of East-West connections and a mysterious love.

Other events for Jenny Balfour Paul and Deeper than Indigo can be viewed on deeperthanindigo.com 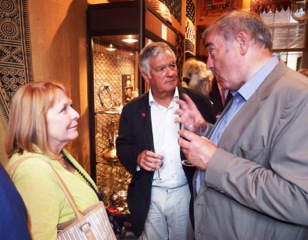 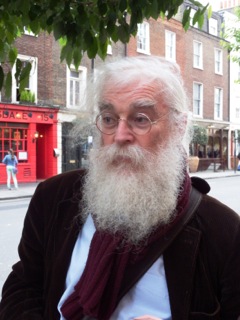 Dr Irving Finkel Assistant Keeper of Ancient Mesopotamian script, languages and cultures in the Department of the Middle East 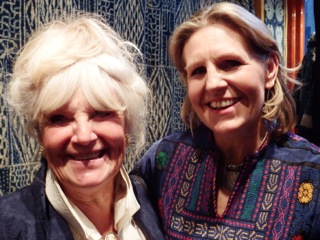 Will Facey of Arabian Publishing

  Joss addressing the hordes in his gallery