Behind the Scenes: Beyond That Last Blue Mountain 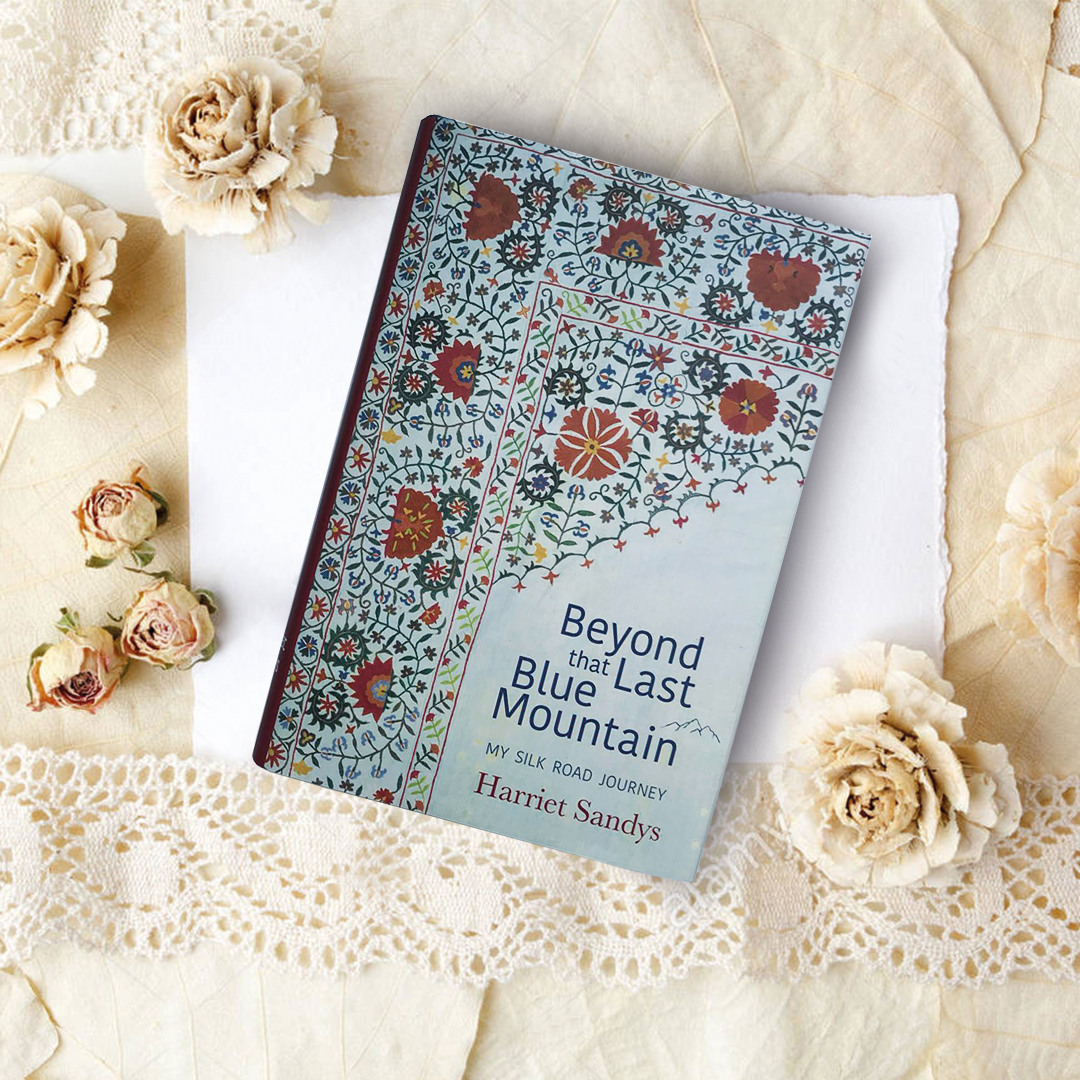 Harriet’s Sandys’ Beyond That Last Blue Mountain was officially published last week, and in celebration, we thought we’d go behind the scenes with her. Her book follows her journey as she abandoned her comfortable life in the suburbs of Cumbria and travelled to the North-West Frontier of Pakistan to see the plight of the Afghan refugees who settled there after the Soviet invasion of Afghanistan.

1. You are very well-travelled – where would you say is the most interesting place you’ve ever been to?

It is difficult to answer this question as all the countries I visited were interesting in their own way. Afghanistan will always be a very special country for me – its people, oriental carpets and archaeological sites and I loved Pakistan’s North West Frontier with its myriad of bazaars. Another country that made a deep impression on me was Iraqi Kurdistan.

I visited the north of Iraq just at the end of the first Gulf War. Should the country ever have an opportunity to develop tourism, Kurdistan has everything to delight the traveller – towering mountains, deep gorges, lakes and forests. Despite the appalling things that have been perpetrated upon them throughout their history, the Kurds have maintained their dress, language and music. Most of all I can never forget their extraordinary courage in the face of adversity and their unique sense of humour.

2. What led you to decide to share your experiences with the world?

My husband encouraged me to write as he said that I had a story to tell but having never written much in my life, let alone a book, I took a bit of persuading! At the beginning I was uncertain where to start. What should I put in I wondered, what should I leave out and what would readers would find interesting? At the time of writing the British army were involved in Afghanistan but I wanted to give the reader an insight of a country I loved and its people by describing my own personal experience which was quite different from that being portrayed in the media. I also wanted to show how war had affected the lives of ordinary men and women and I have tried to do so through their stories.

3. Your story is rather remarkable and reveals that you are very much a fighter and a survivor. Is there anything that helped you overcome these traumatic experiences?

I have always had a strong faith and this became even more important to me during my time working and travelling alone in Pakistan and Afghanistan. My faith gave me guidance and was a great comfort and support to me particularly as I had no emotional support. On many occasions, I felt out of my “comfort zone” and experienced fear. The things I saw and the difficulties that I encountered inevitably took their toll although at the time I didn’t really realise it until I returned home to my own culture.

4. How did you handle the culture shock, having come from such a sheltered background?

Even though I came from a sheltered background, I never really experienced culture shock when travelling in Pakistan, Afghanistan, Kurdistan, Syria and Bosnia as I found everything about the countries and their different cultures so fascinating. If anything, I felt almost more at home in these countries than I did in my own culture!

I was eager to immerse myself in all aspects and to learn as much as I could about a different way of life. I did however experience culture shock when I came back to live in the UK. After nine months living in a fairly strict Islamic society I remember feeling profoundly shocked at seeing boys and girls openly kissing each other in the streets of London. Having just returned from a society where women dressed modestly and only venture out of the house completely covered from head to foot in a chador, I found it difficult to see girls in my own society dressed in crop tops and very short skirts.

Another aspect of culture shock was the loneliness I experienced returning to London. I missed the vibrant colours, the sounds and food of the East and the close-knit community with which I had been a part of in Peshawar. I handled this culture shock by becoming involved in an active church and in a roundabout way, this is how I ended up driving convoys to Bosnia.

5. What would you consider to be the most rewarding aspect from your travels?

Without doubt I would say that the most rewarding aspect from my travels was meeting such wonderful people (and a few rascals!) along the way. All the countries I travelled in were, for the most part, Islamic and the strong code of hospitality extended to me, and the warmth and kindness I received from strangers is something that I treasure.

You can buy this extremely facinating book right here.