Behind the Scenes: The Writing in the Stone 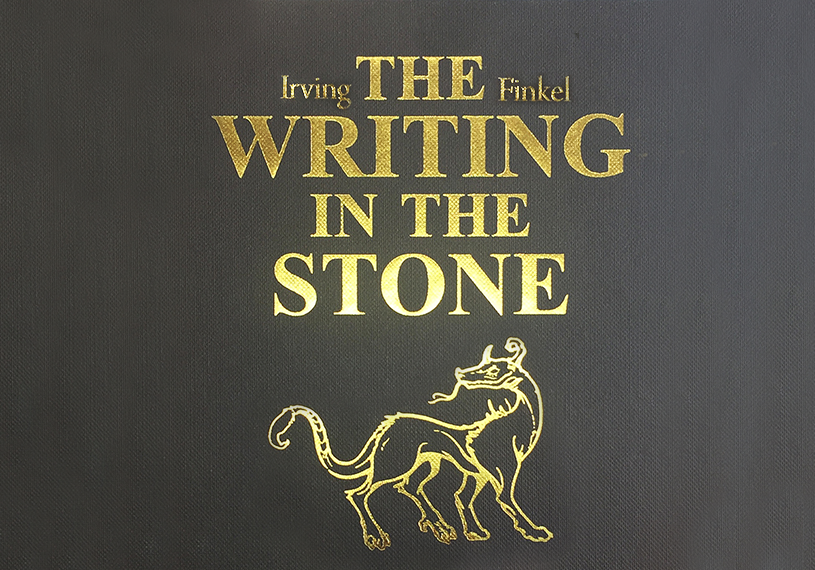 Irving Finkel’s The Writing in the Stone has perhaps been our most antcipated publication, and this March it finally hits the stores. Stephen Fry has referred to the book as “a quite brilliantly blood-curdling story of madness and mayhem and murder in Ancient Assyria – a story that only the great Irving Finkel could tell.” And with that in mind, we thought we’d go behind the scenes and ask Irving some questions as to how this madness came about.

My favourite genre for writing is books where the age of the reader is not limited or even much considered but where the story writes itself and comes out like that.  The end product is often uncomfortable for agents, publishers, booksellers and critics but not for readers.

I find writing fiction easy and energising and deeply satisfying, especially in comparison with academic writing, because you do not have to be afraid very often of making a mistake.  Also, in writing freely, you discover what you think about things, and sometimes what you have obviously long thought about something without realising it.

I think most children are born with the capacity to be a musician, a painter or a writer but few are exposed to the idea of such things in a way which fosters inborn potential.  I think a lot of writers who are published today shouldn’t be.

Quite what happened I do not know but once the psychopathic Exorcist became alive in my head the rest of the plot and deeds just followed on.  I never hummed or haahed and in fact was a bit taken aback when I read the first draft over.  It all came out in a stream and perhaps one should not enquire what that might imply.

I am certain of two things, one that the ancient Babylonians were to a large extent as human as we are; and the other that they believed entirely in the ghosts and demons about which they wrote so frequently.  The story came out reflecting the fact that they took for granted the existence of what we think of as supernatural beings, that they put up with them and tried to defend themselves from them and some individuals tried to manipulate them.  So the belief quotient that takes things for granted attributed to them in the story is I think correct.  But the narrative is an invention located in their universe and does not reflect whether or not I personally believe in such things.

The Writing in the Stone is available in hardback, paperback and eBoook, and has a merchandise line.