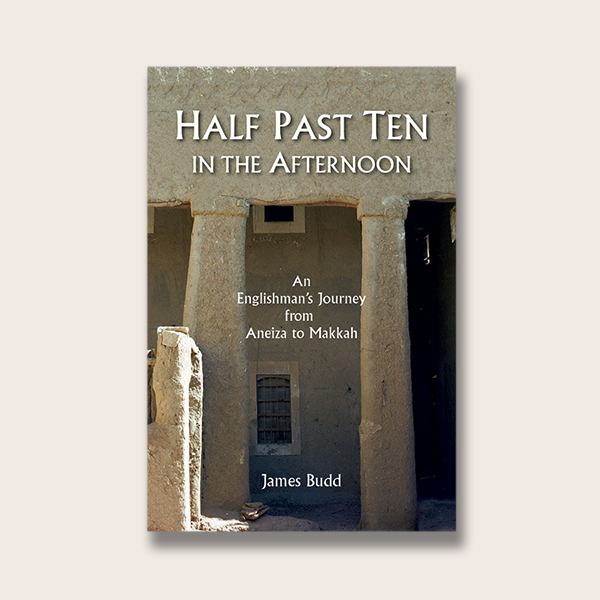 Half Past Ten in the Afternoon

Half Past Ten in the Afternoon

Much of this book is a record of the time the author spent between 1965 and 1970 as an English teacher in Aneiza – a provincial town in central Saudi Arabia. In an entertaining series of anecdotes, he describes the daily life and customs of its people, his relations with colleagues and students at the local secondary school, and the events leading up to his ‘removal’ from the town he had come to regard as home, his transfer to Riyadh, and final departure from the country.

In hardback and eBook (kindle)

In the 1960s Aneiza was still living partly in the age of Charles Doughty, the 19th-century explorer who stayed there for some weeks in the 1870s, and architecturally the town had changed little over the intervening decades. On the other hand, its mid-20th-century inhabitants were very much aware of what was happening in the wider world and felt deeply involved with events in the region. This involvement is reflected in a chapter on inter-Arab politics, the Six-Day War of June 1967, and its causes and aftermath.

The author’s story does not end in 1970. In ‘Journey to Makkah’ he writes of his transition from agnosticism to Islam and gives us an account of his pilgrimage to Makkah in 1996 in the company of one of his old students from Aneiza.

Finally, in ‘Aneiza Revisited’, he describes the town in its 21st-century incarnation during his return visit in 2011. Despite Aneiza’s material transformation, however, with its concrete and glass buildings and fast food outlets, he found that, despite looking very different, it had still managed to retain its intimate social character and essential congeniality.

5 reviews for Half Past Ten in the Afternoon