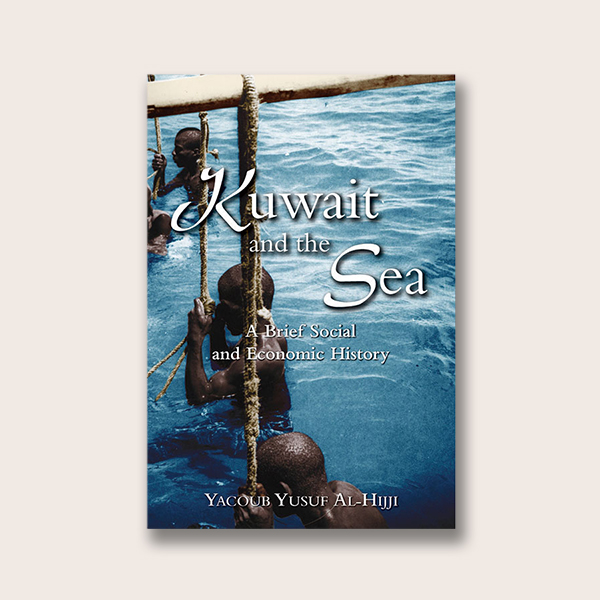 Though inhabited for millennia, Kuwait began to emerge as an Arab shaikhdom relatively late. Entering the historical record during the early 18th century as a junction of caravan and sea routes, it quickly grew to be a commercial rival to Basra at the head of the Gulf.

As its prosperity increased, it had to negotiate a precarious autonomy amongst its larger neighbours – the Ottomans in Iraq, the Saudis and Rashidis in central Arabia, and the British who, from 1820, set about establishing an effective maritime peace in the Gulf. By the end of the 19th century, despite their complete lack of natural resources of any kind, even water, Kuwait’s people had managed to exploit their geopolitical position to turn their town into the busiest dhow port on the Gulf. Its greatest ruler, Mubarak Al-Sabah (r. 1896-1915), deftly manipulated Turkey and the European powers to achieve both British protection and, by 1914, sovereignty for his tiny state. Without the sea, Kuwait’s rise would have been impossible. Its society was formed by the trade in Iraqi dates, and by its dhow-building and pearling industries, which attracted both Arabs and Persians to the town. Focusing chiefly on the first decades of the 20th century, Yacoub Al-Hijji paints a vivid portrait of the merchants, captains, navigators, dhow builders, sailors, pearl divers and fishermen of this remarkable shaikhdom. In explaining their techniques, and analysing how they organized themselves according to the customary law and traditions of a tribal, pre-bureaucratic era, he conveys a compelling picture of the bustle and hardships of a way of life which, during the 1940s and 1950s, was to be erased by prosperity from oil.

Dr Yacoub Yusuf Al-Hijji was born in old Kuwait City in 1947, in a house not far from the waterfront. Having completed his schooling in Kuwait, he attended the American University of Beirut, graduating with a B.Sc. degree in geology. Returning to Kuwait, he joined the government groundwater department as a geologist.

In 1971, he was sent to University College, London, UK, for a graduate course in water resources, and in 1973 went to the United States to further his studies. There he attained his M.Sc. in hydrogeology from Ohio University, and his Ed.D. in science education from Boston University. In 1983, he joined Kuwait University as faculty member, a position he held until 1990. He currently works as a consultant at the Centre for Research and Studies on Kuwait (CRSK).

Dr Al-Hijji's interest in Kuwait's maritime history was first kindled in 1976 when he visited the dhow yards of Kuwait, and was fuelled soon after by reading Alan Villiers' classic work, Sons of Sindbad. Since then he has become an authority on Kuwait's rich maritime heritage, and now devotes much of his time to its study. He has written several articles and books about it, in both Arabic and English, among them The Voyage of Al-Ghazeer and the Art of Dhow Building in Kuwait.

Oman to China: The Sindbad Voyage