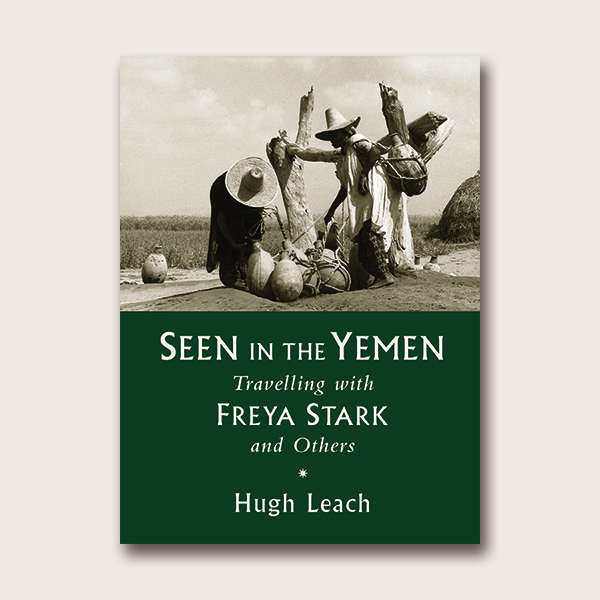 Yemen is justly famed as one of the world’s most dramatically beautiful countries. Seen in the Yemen brings the people, architecture and landscapes of this ancient culture alive to the reader through the medium of the author’s remarkable black-and-white photographs, taken in the 1970s, and here reproduced in duotone. His book is also a tribute to one of the most famous of all Arab and Asian travellers, the late Dame Freya Stark (1893-1993). In the mid-1970s, at the age of eighty-three, she made two visits to the author, who was then serving in Sana’a. Their travels together through north Yemen marked the start of a long friendship.

The volume is also designed to emulate Freya Stark’s earlier classic, Seen in the Hadhramaut, published by John Murray in 1938. Beginning with reminiscences of Dame Freya, the author recalls the time they spent together in Yemen, her musings on the past, and their mutual devotion to Leica cameras. He goes on to give a brief account of Yemen’s history and geography, and describes his adventurous rediscovery of the remaining ancient Jewish community around Sa’dah in the far north. All this is brought alive in his extraordinary images, taken on his own wanderings and also on journeys with Dame Freya and other noted Arabian travellers such as Wilfred Thesiger and Dame Violet Dickson. The prints are introduced by a short description of those notable 1930s screw-thread Leica cameras used by so many early explorer-photographers. Yemen today, like the rest of Arabia, is undergoing rapid and inevitable change and, at the time of writing, is much in the news. This book records a time when town and country had only recently embarked on the decades of upheaval, and much was visually unchanged. The author’s artistic eye imparts an unforgettable aura of romance and nostalgia to his pictures which, like Freya Stark’s, will cast their spell over readers present and future.

Hugh Leach, OBE, an Arabist, spent most of his thirty-six-year career as a soldier and diplomat in the Middle East. His last four years were spent in making a seminal study of contemporary trends in Islam. After retiring, he became interested in exploring regions of Central Asia, especially the sources of the Oxus and Jaxartes, and had led several expeditions of young people into the mountainous regions of northern Pakistan. He was Historian of the Royal Society of Asian Affairs (formerly the Royal Central Asian Society) and author of its centennial history, Strolling about on the Roof of the World.