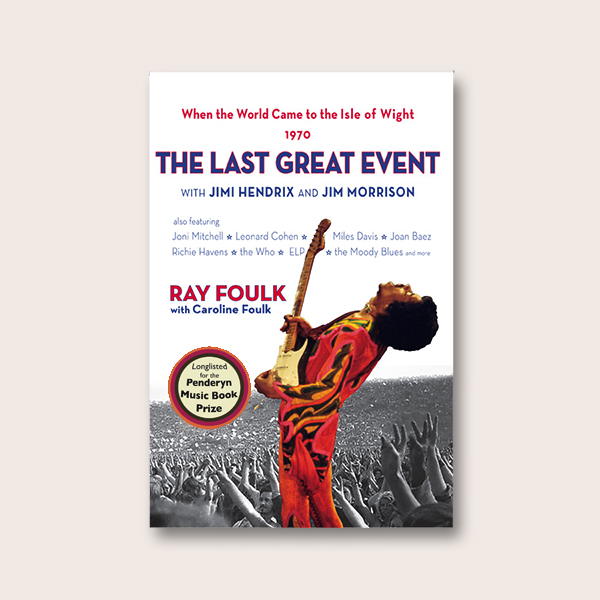 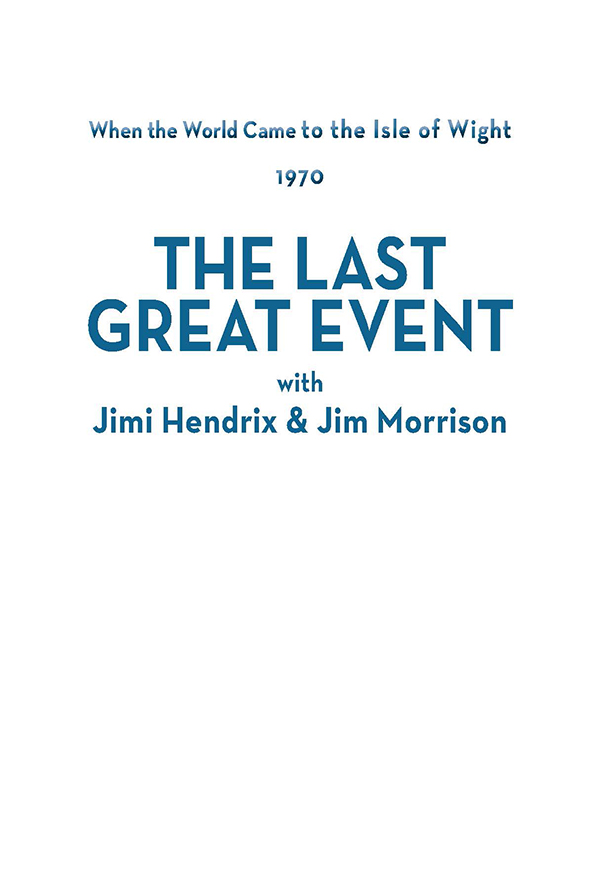 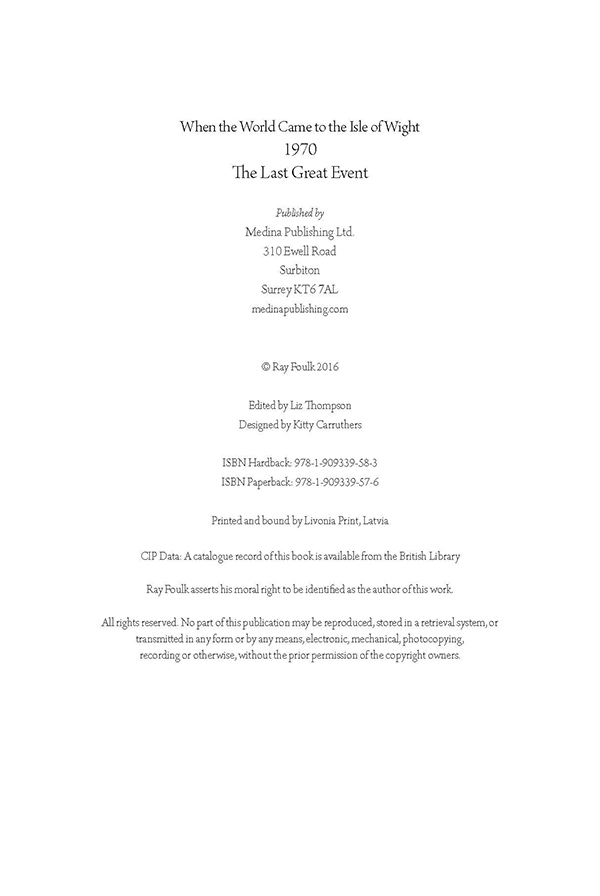 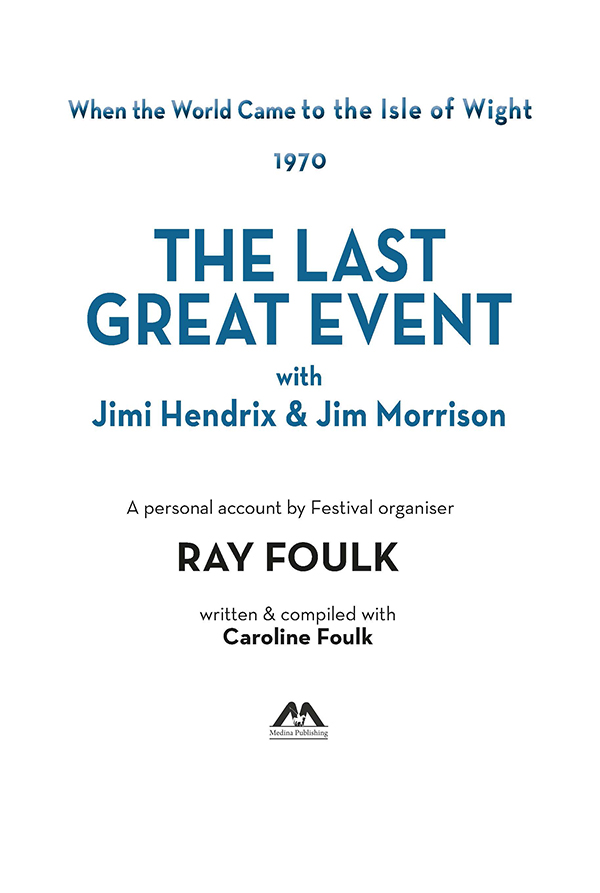 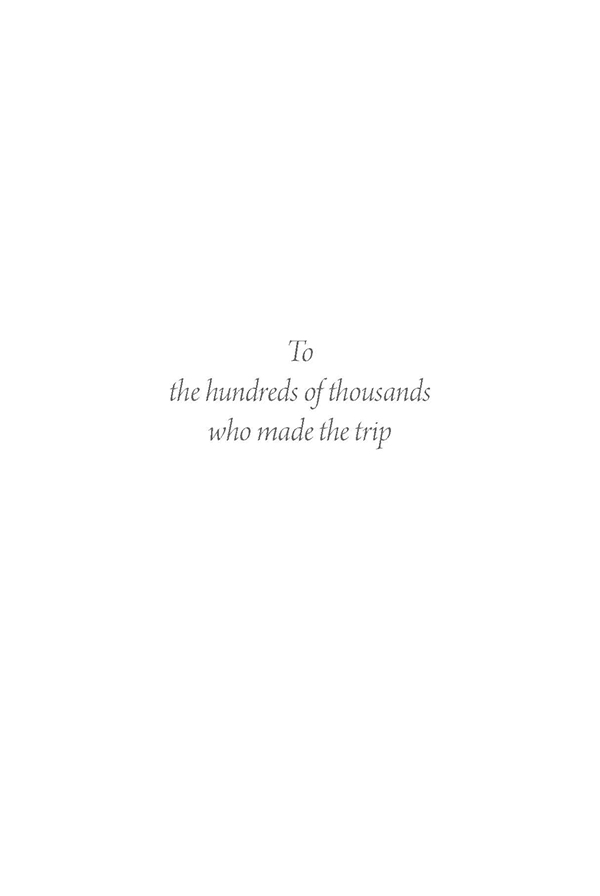 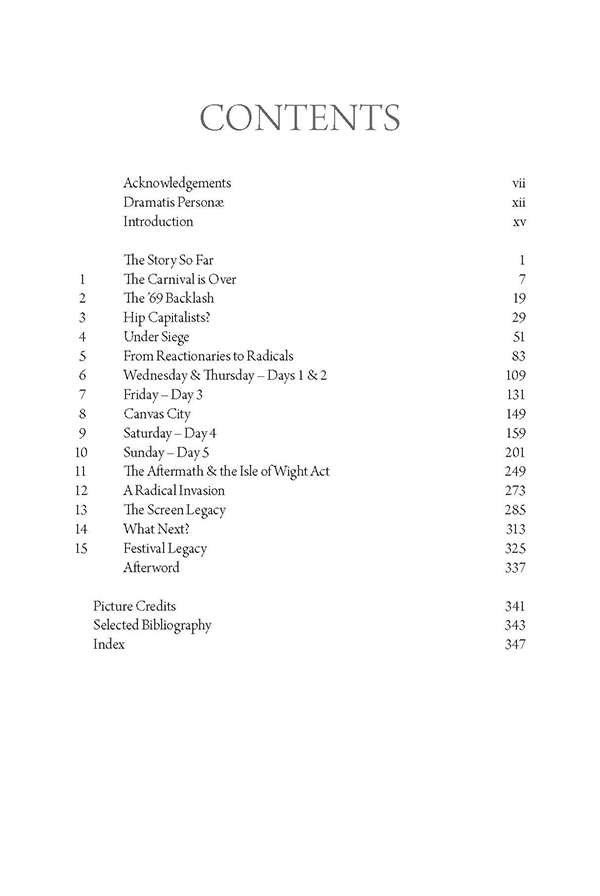 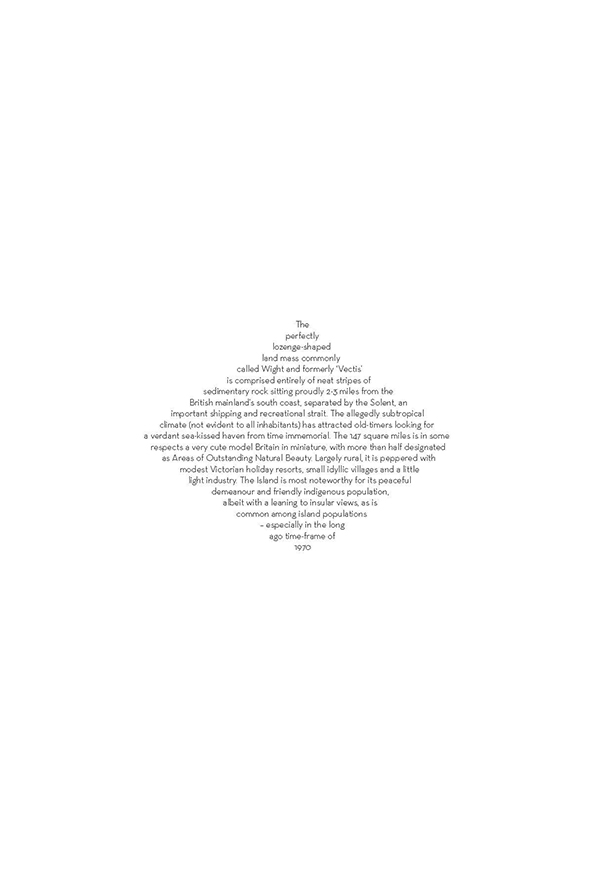 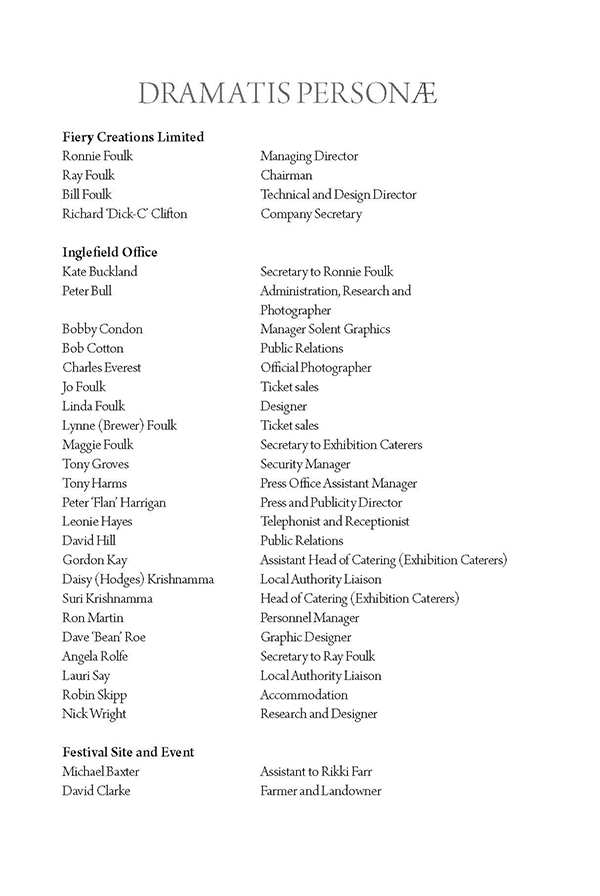 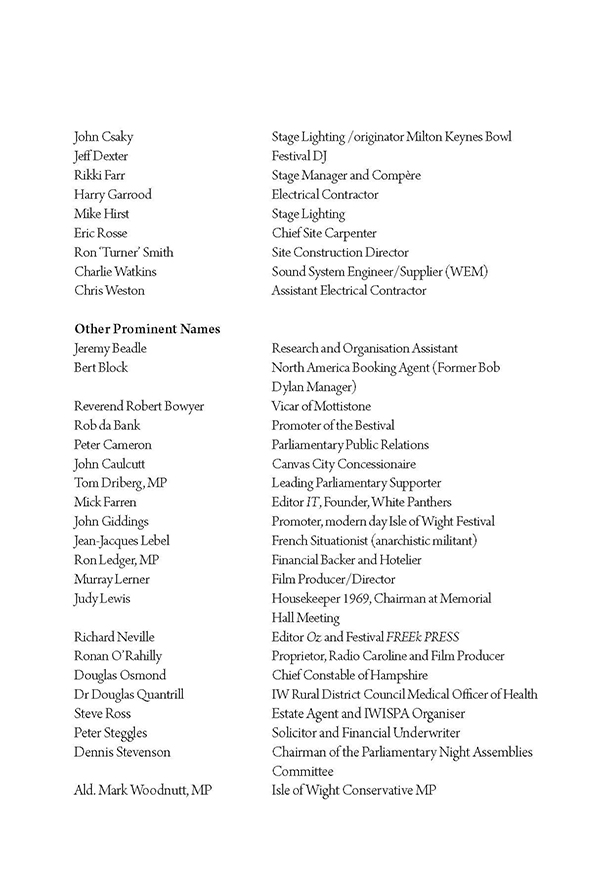 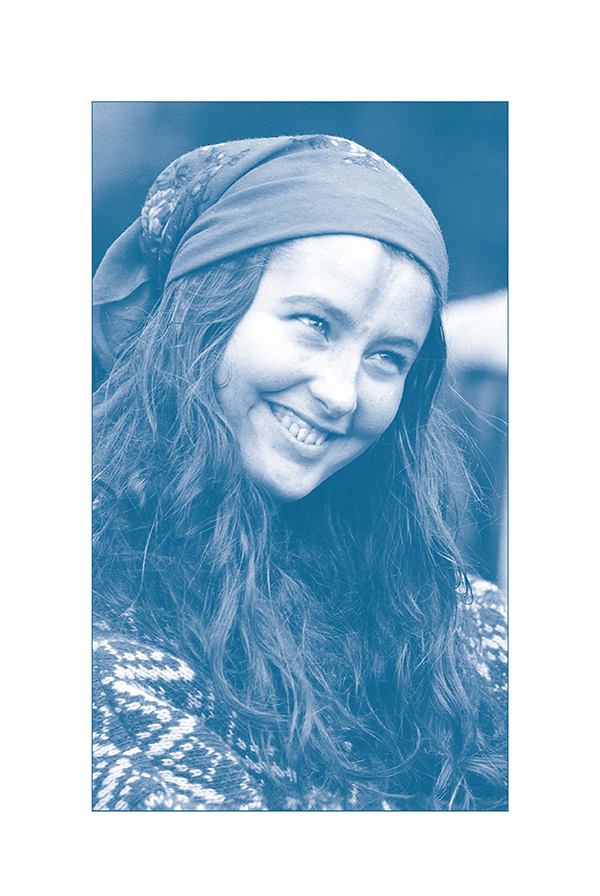 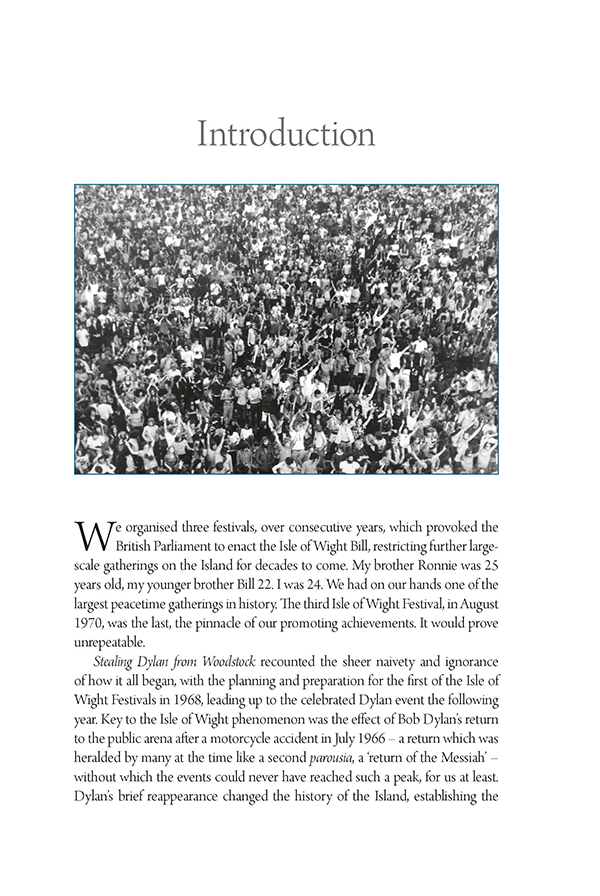 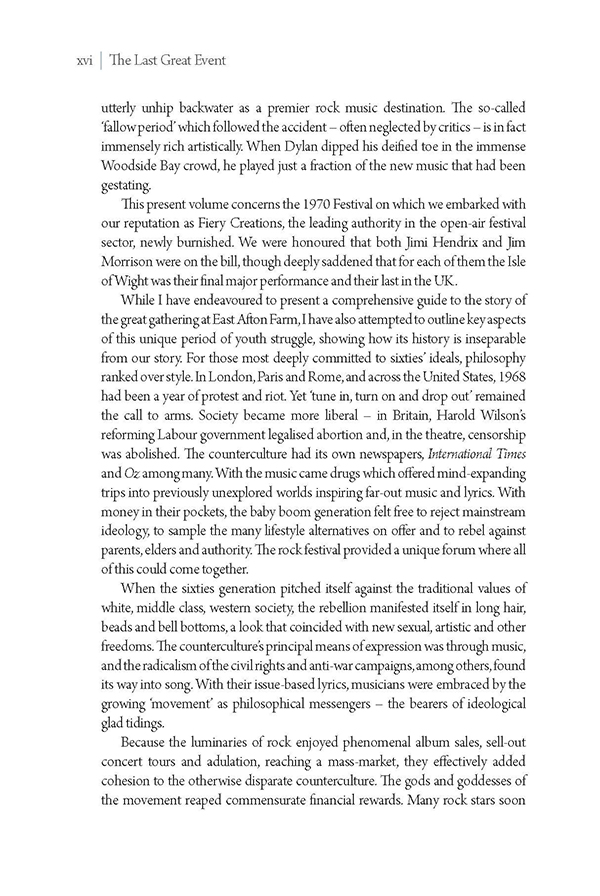 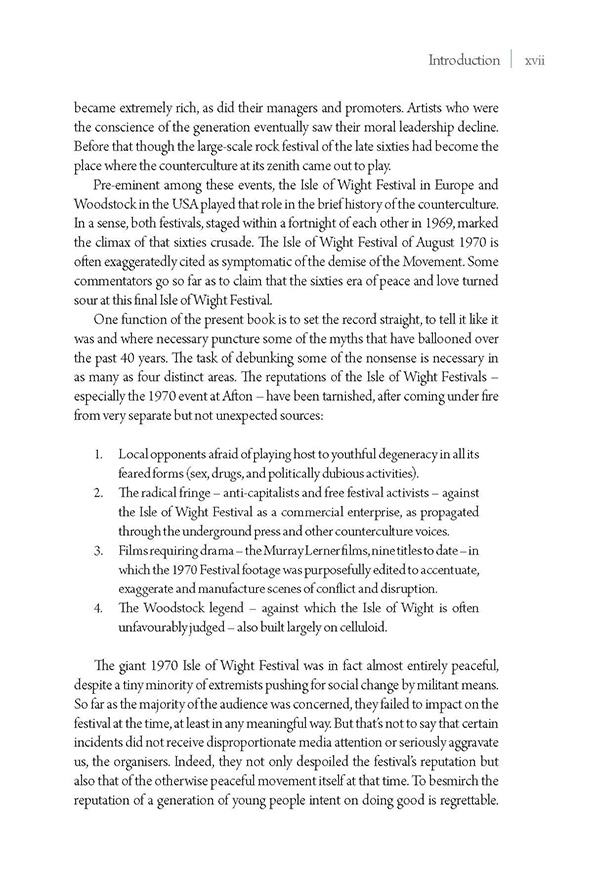 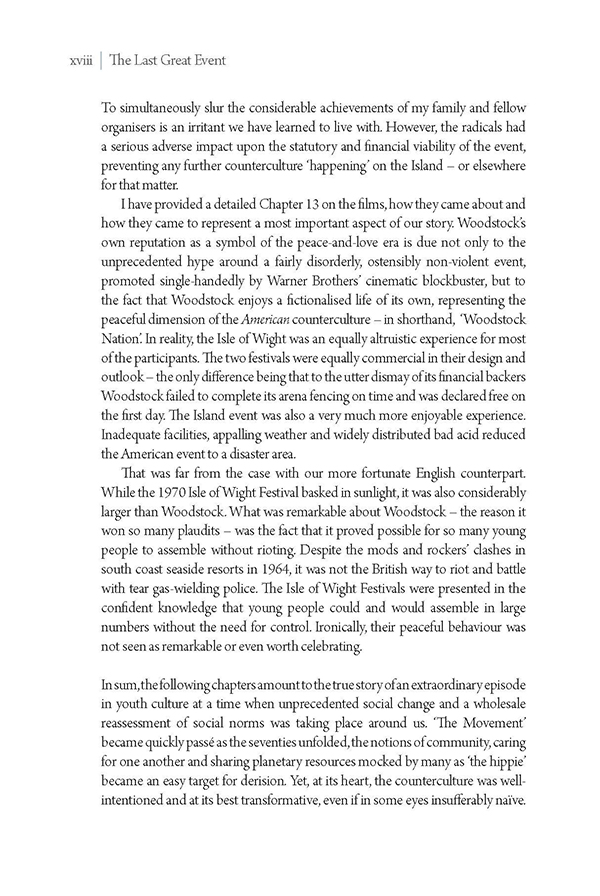 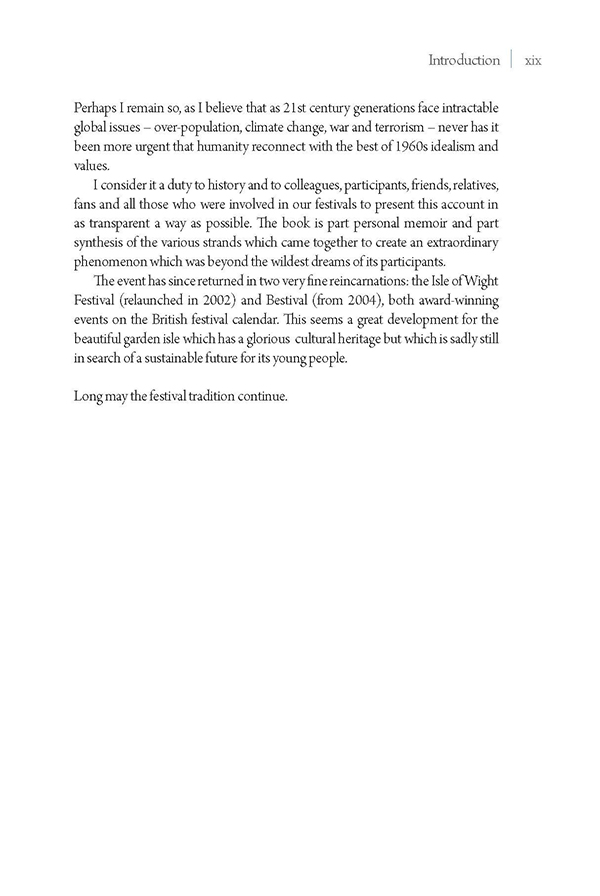 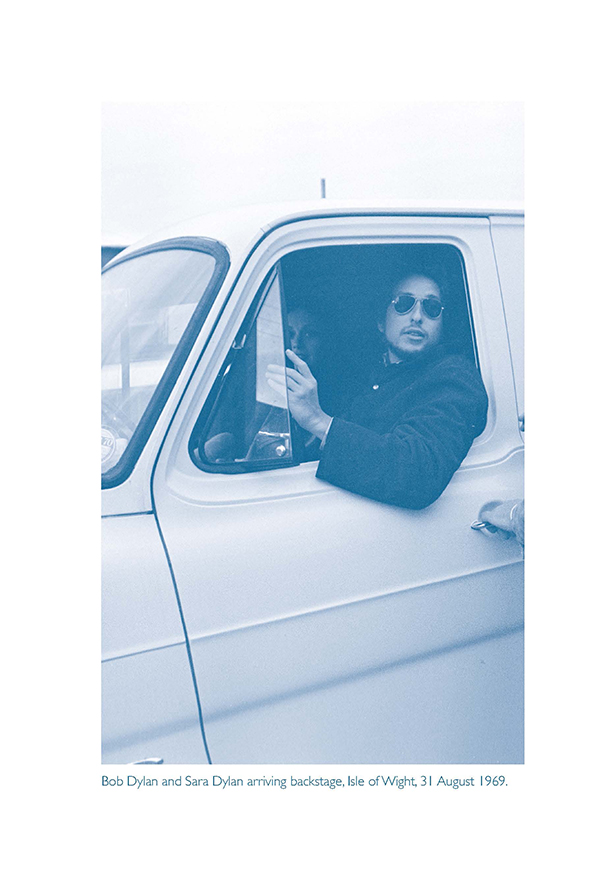 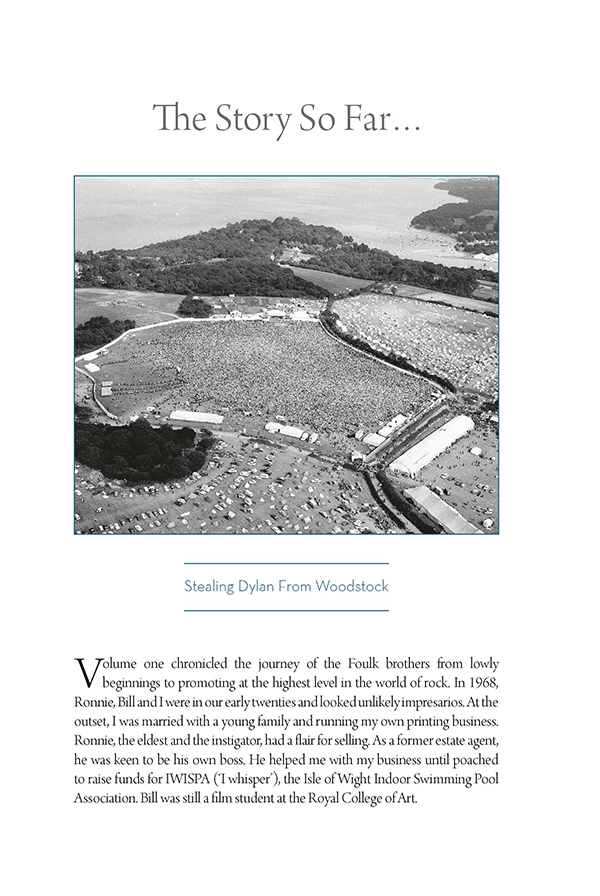 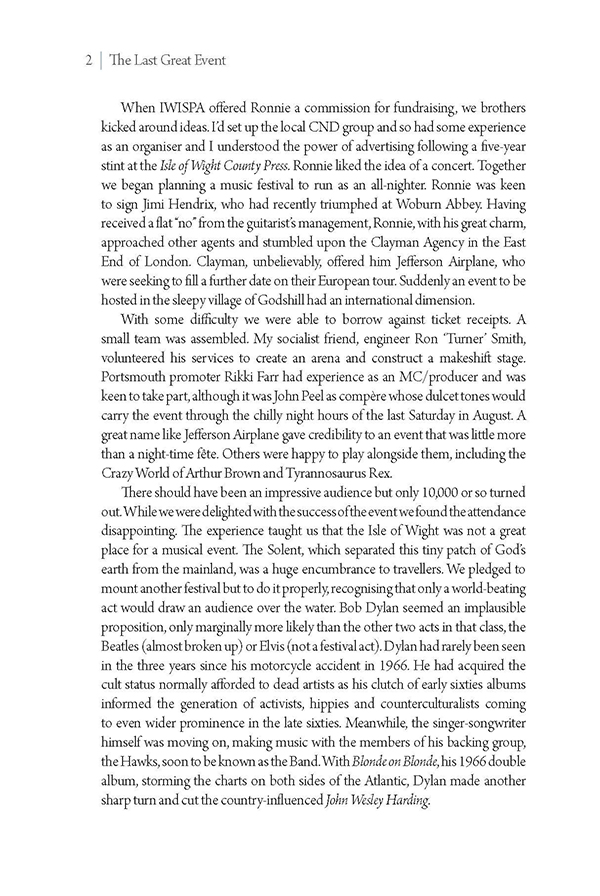 The 1970 Festival was a record-breaking event. It spanned five days and nights with an audience widely reported to have reached 600,000. For the first time, Ray Foulk delves into contemporary reports, revealing the arguments that raged at both local and national level. His inside story concludes with the parliamentary battle to stop the Island event and the attempt to ban all open air festivals nationwide.

“If you were one of the half a million music fans who made their way like raggle-taggle gypsies to the Isle of Wight 1970 then you will absolutely love this backstage look at a great moment in rock history.”

The Isle of Wight Festival in 1969 famously tempted Bob Dylan out of retreat, becoming at once launchpad and gold standard for all rock festivals. The question was how to follow it? Remarkably, in 1970 the Isle of Wight would host one of the greatest music gatherings of all time. The dazzling constellation of stars included Jimi Hendrix, Miles Davis, the Who, Joan Baez, Richie Havens, Joni Mitchell, Procol Harum, the Doors, Leonard Cohen, Emerson Lake and Palmer, and the Moody Blues. This was Europe’s Woodstock – and all on a small island off England’s south coast. Many remember the Isle of Wight Festival of 1970 as a magical, life-changing experience, the ultimate sixties trip of sex, drugs, rock’n’roll and a yearning for a better world. Yet for others the question remains: Did the festival help precipitate the end of the dream of an alternative society? Or did it merely reflect changes already taking place? This most controversial of festivals was aptly promoted by the organisers themselves as “The Last Great Event”.

7 reviews for The Last Great Event