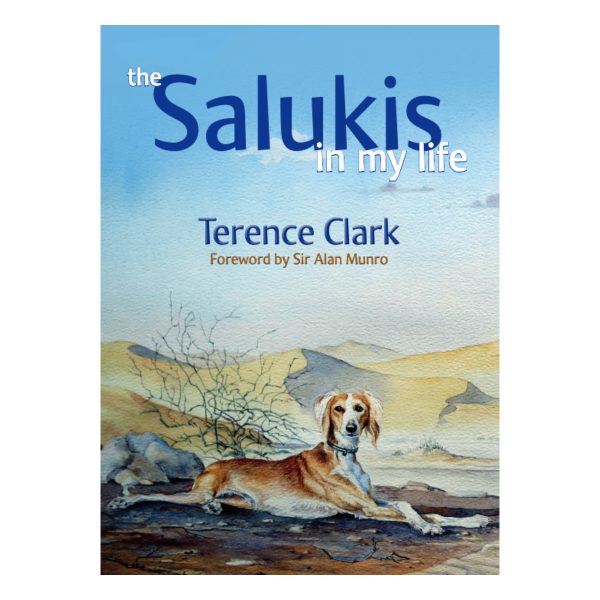 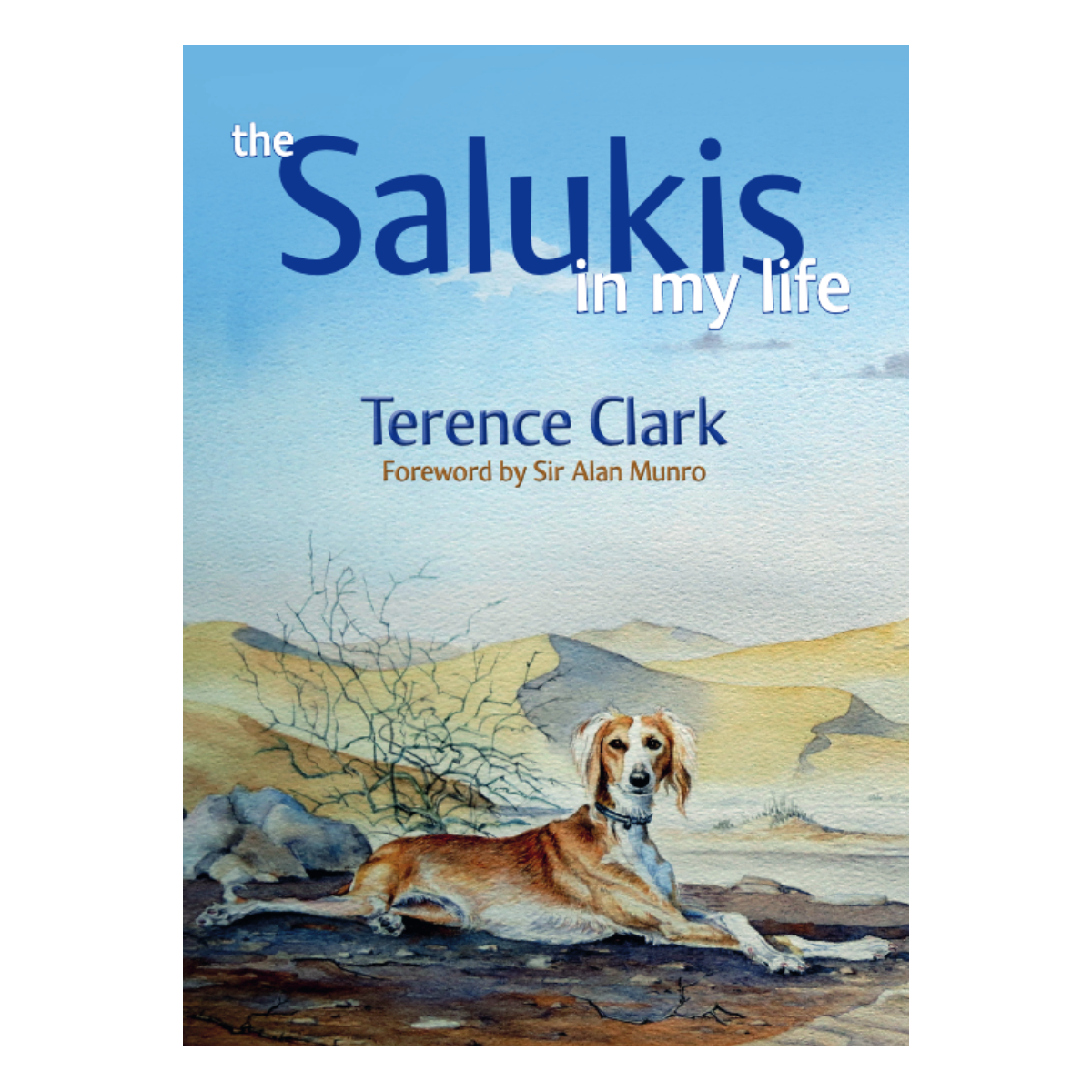 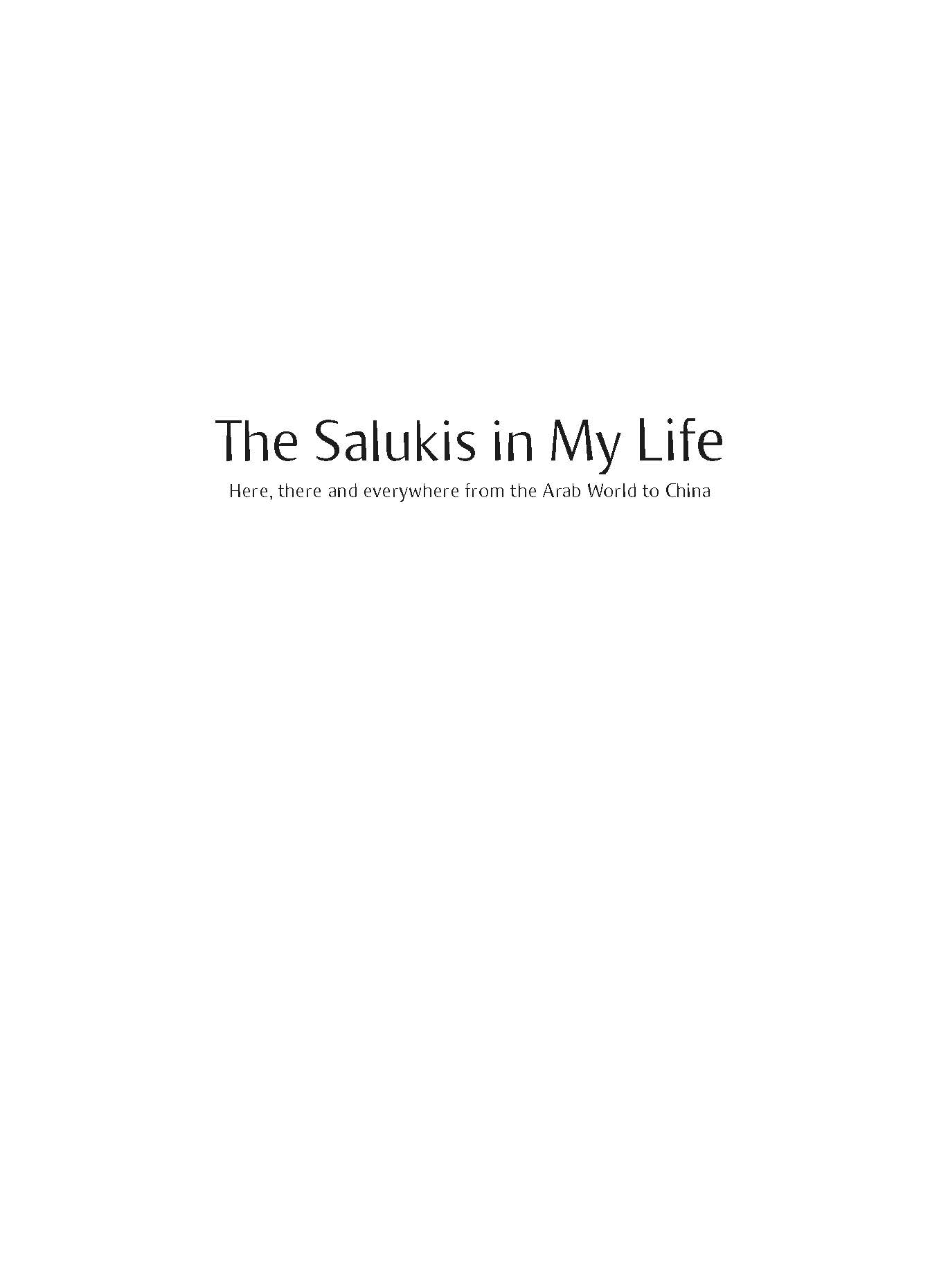 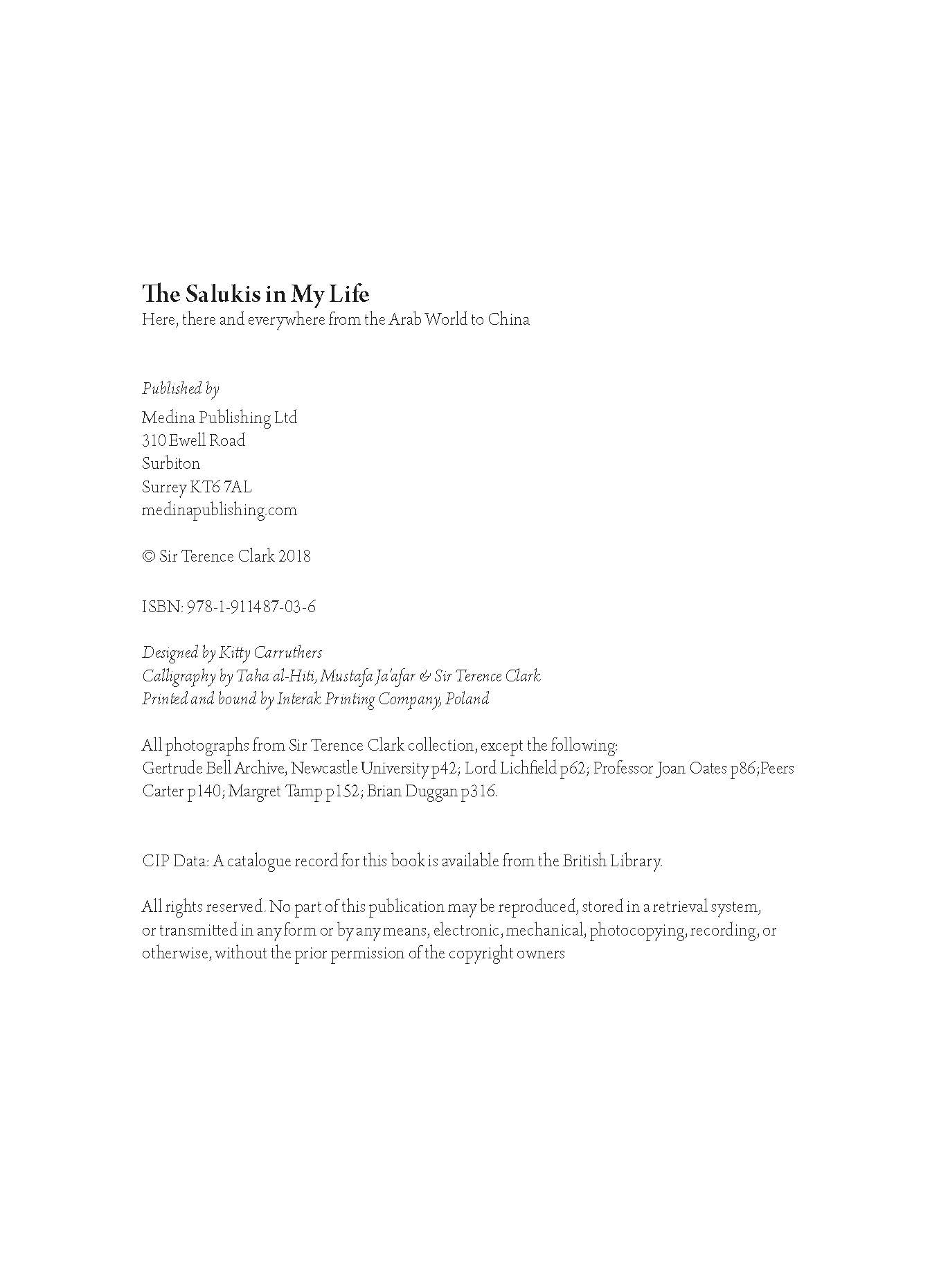 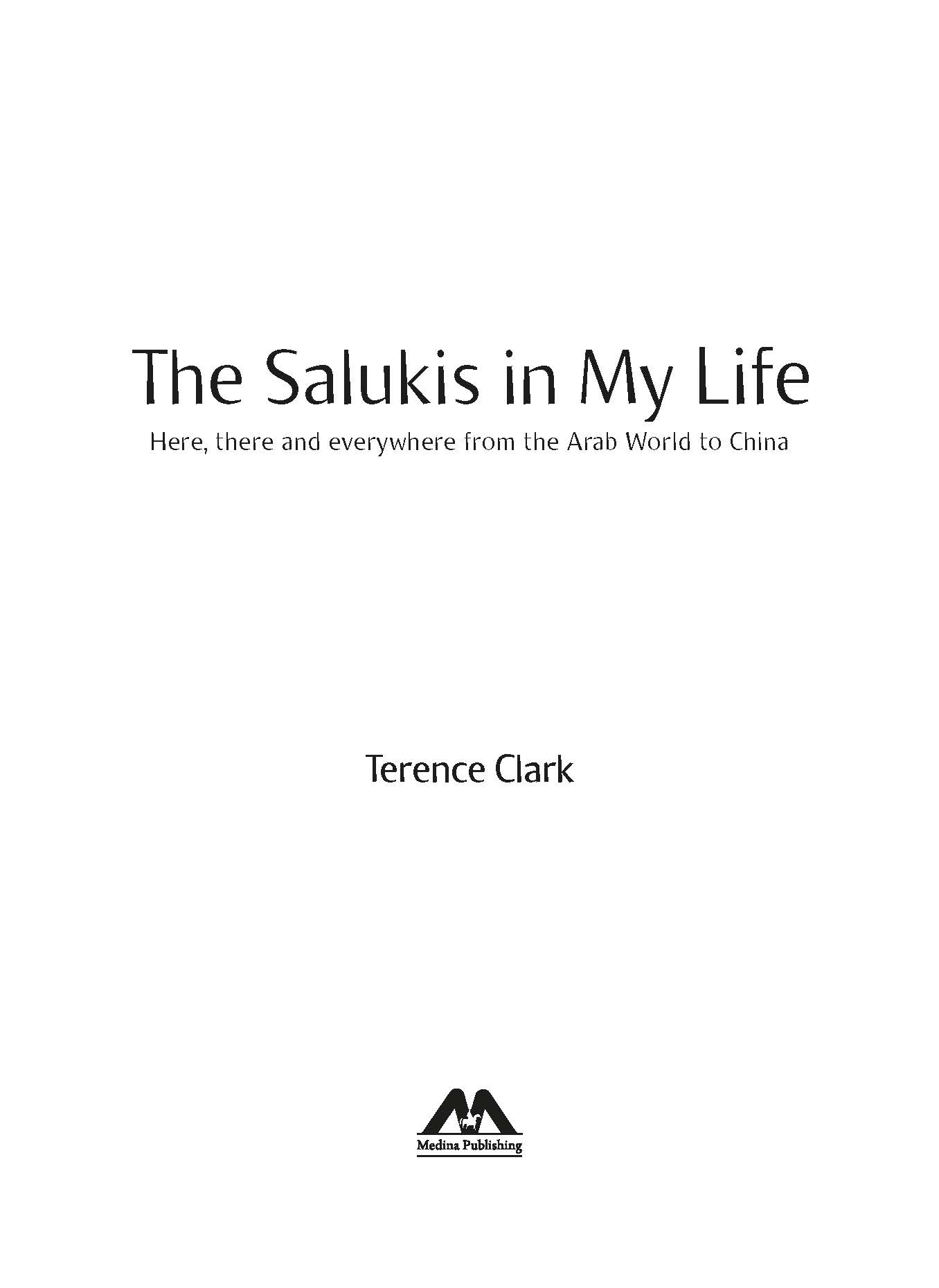 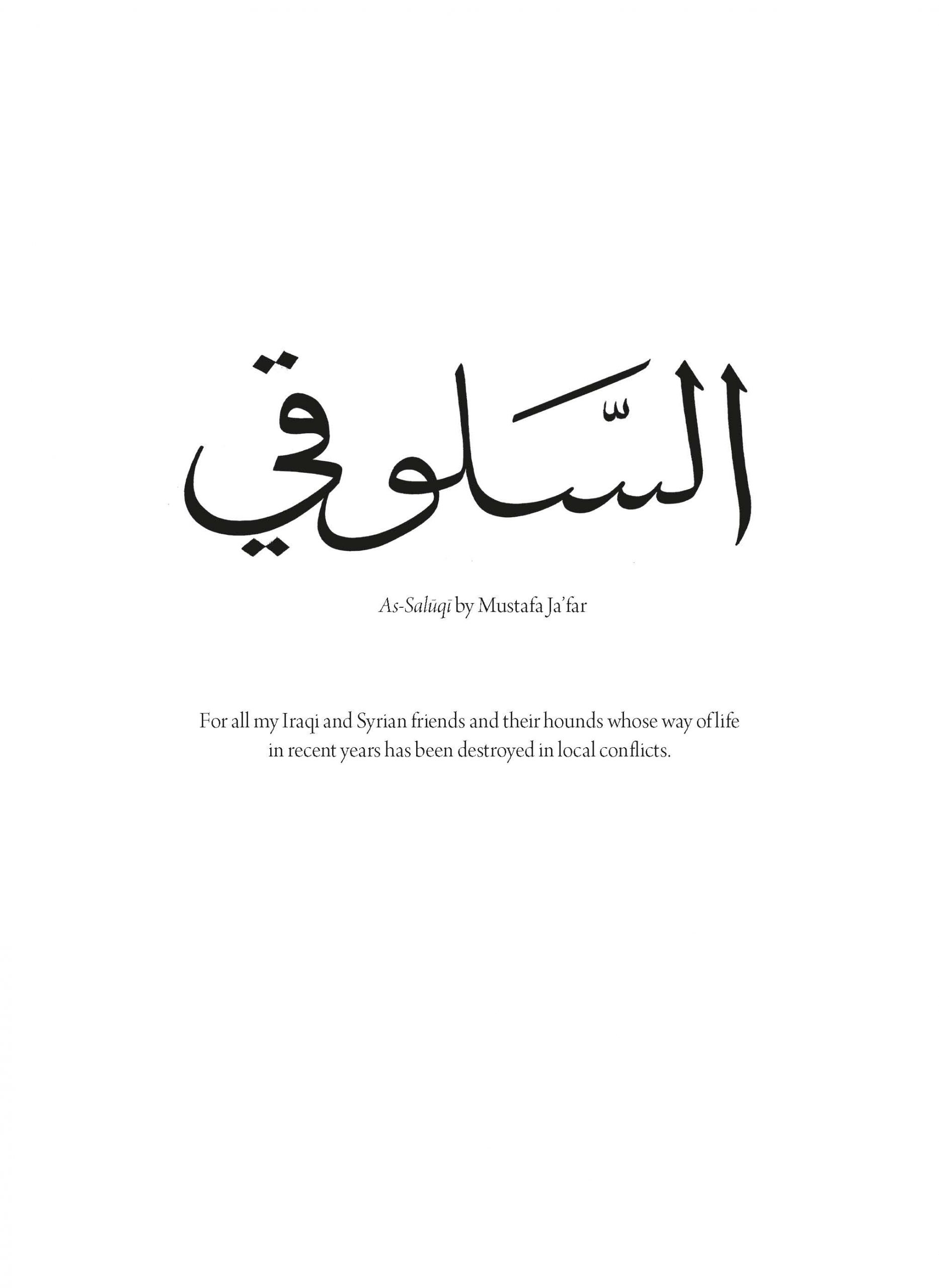 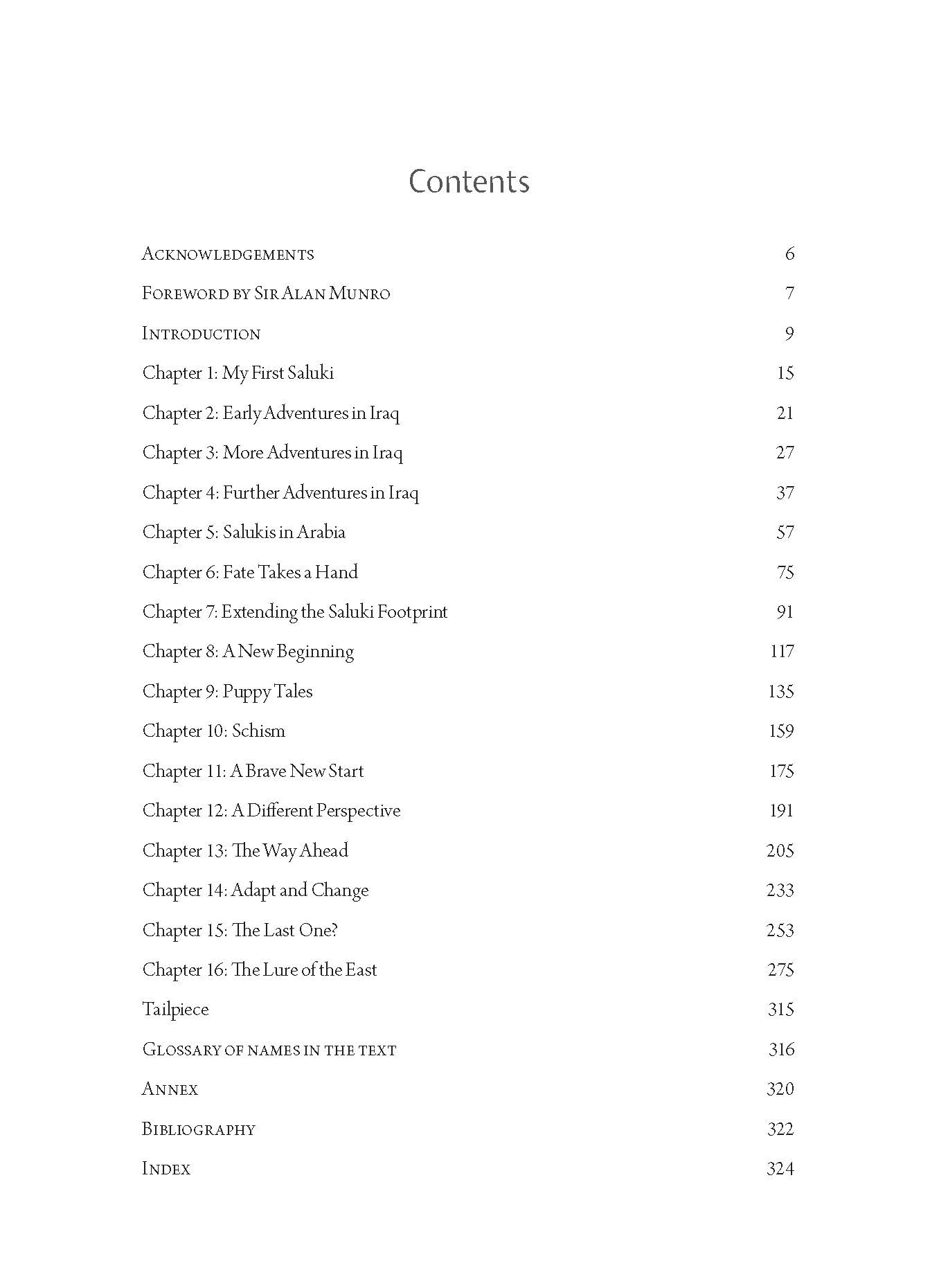 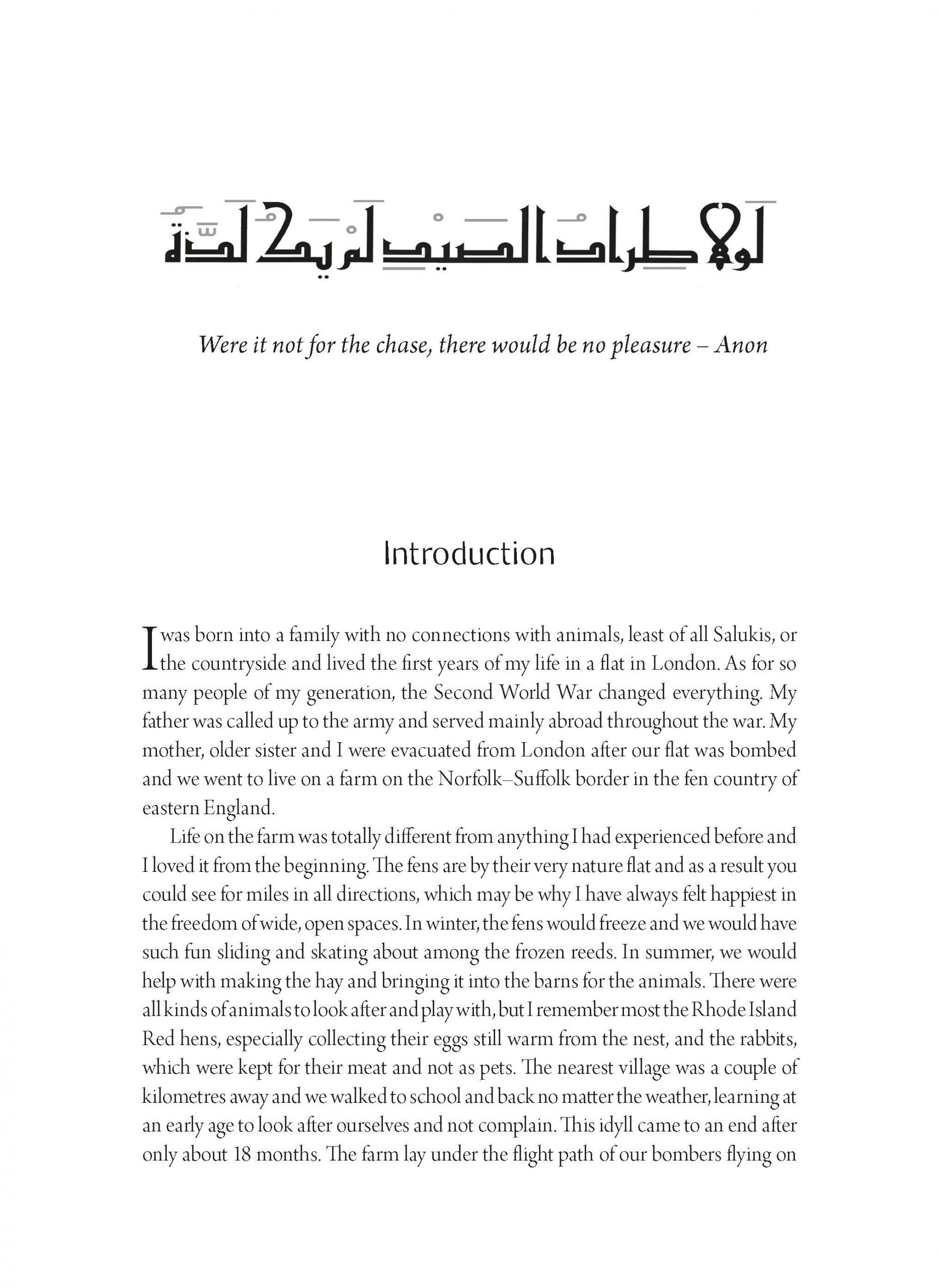 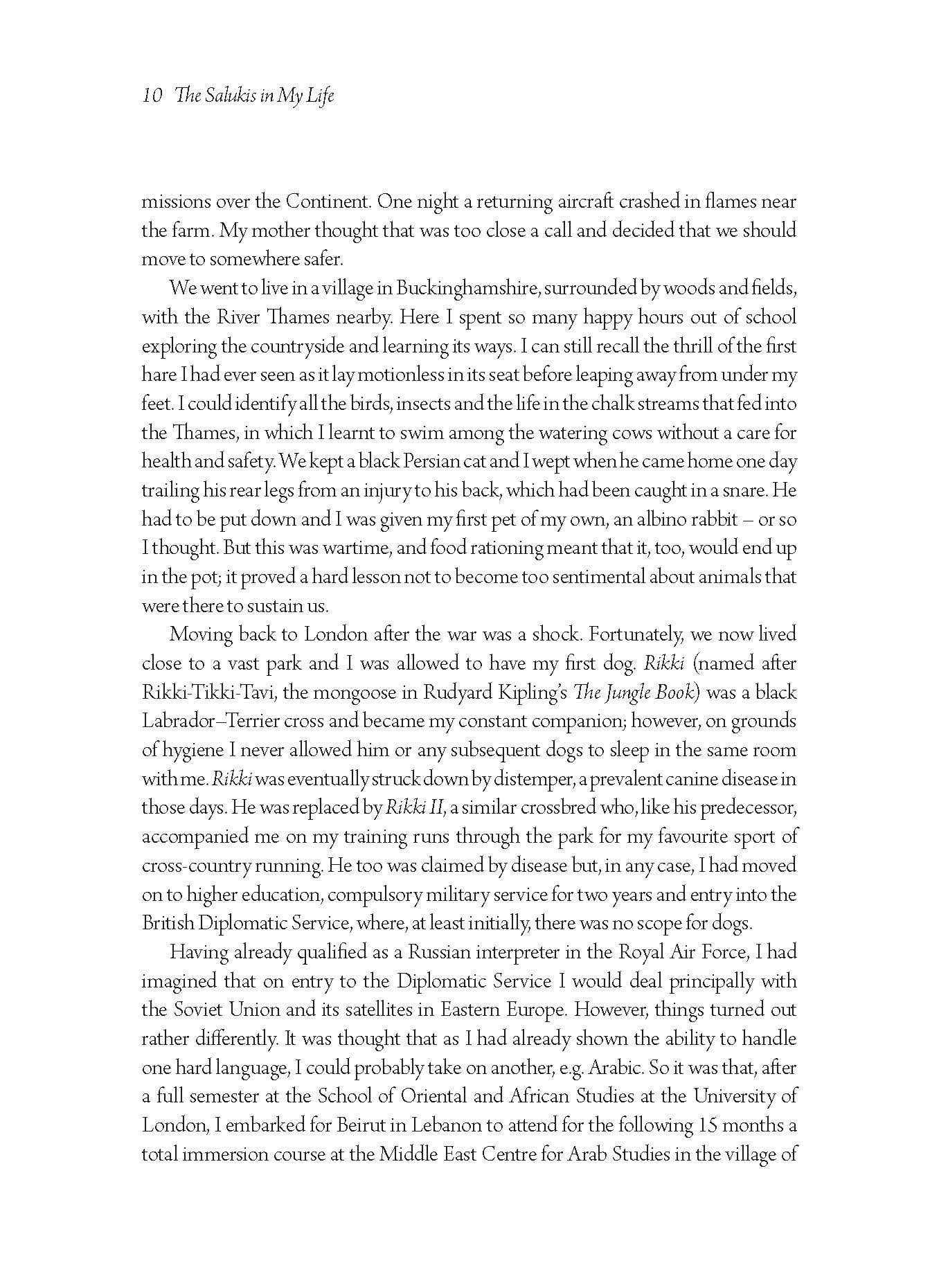 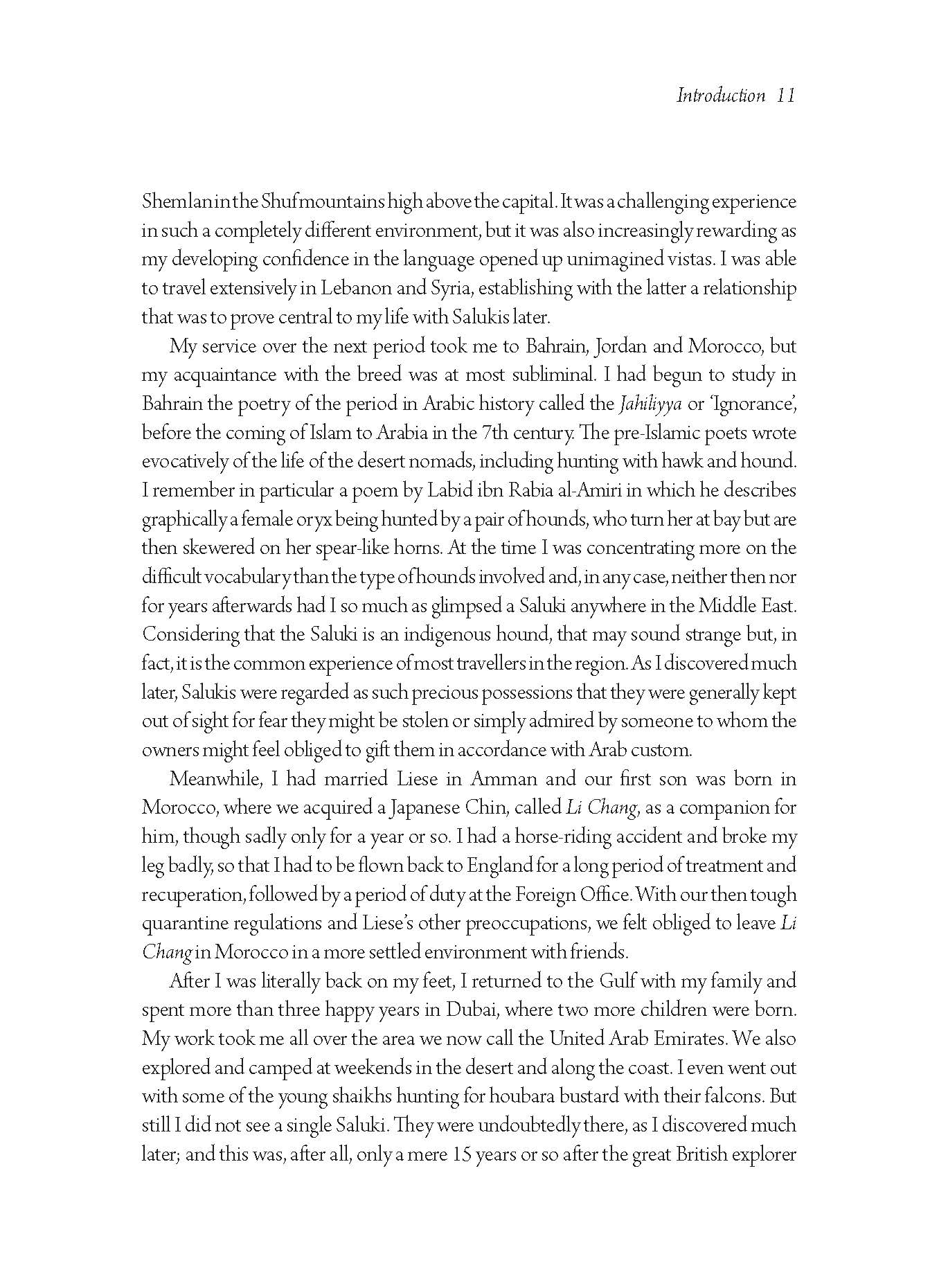 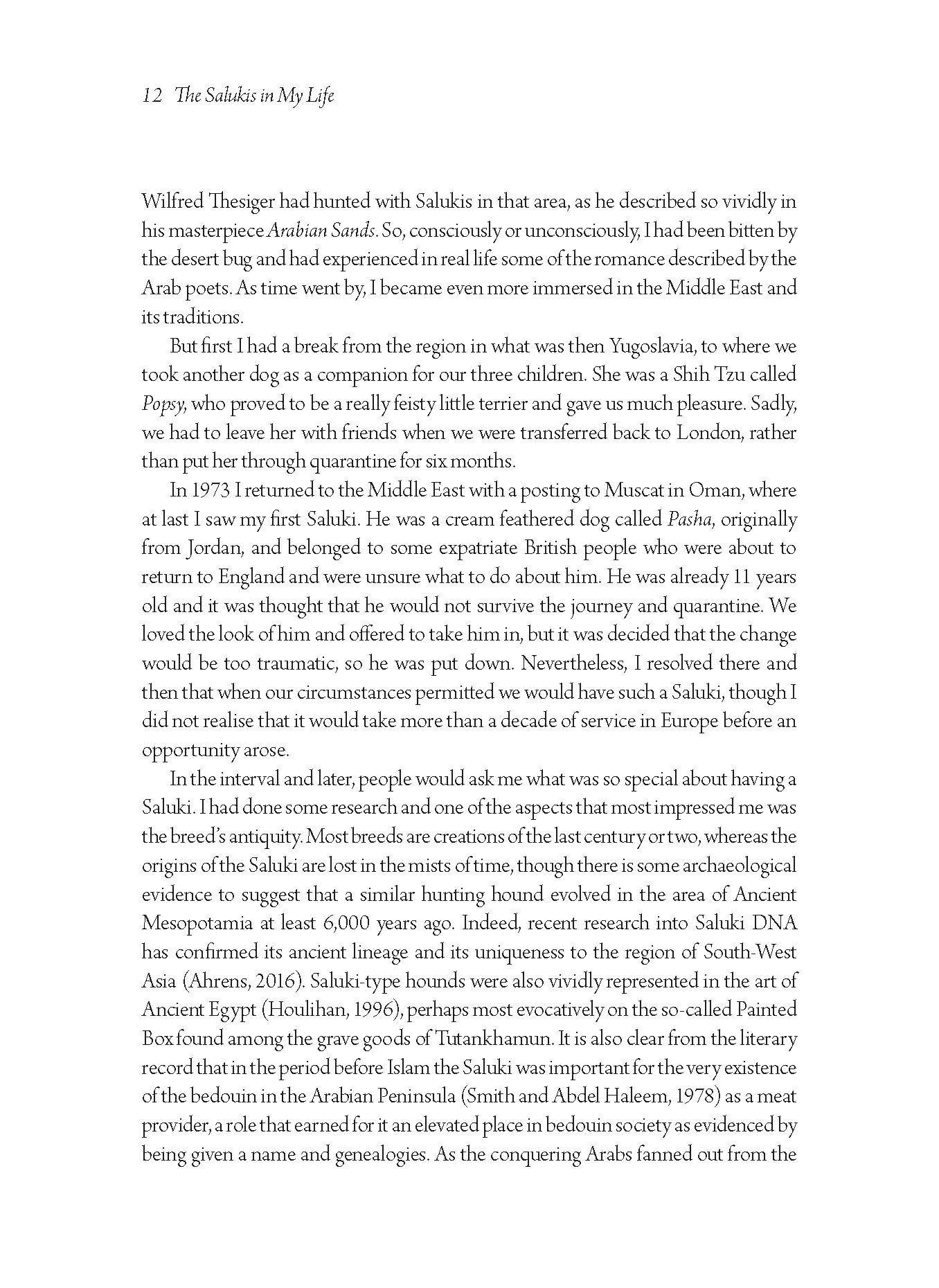 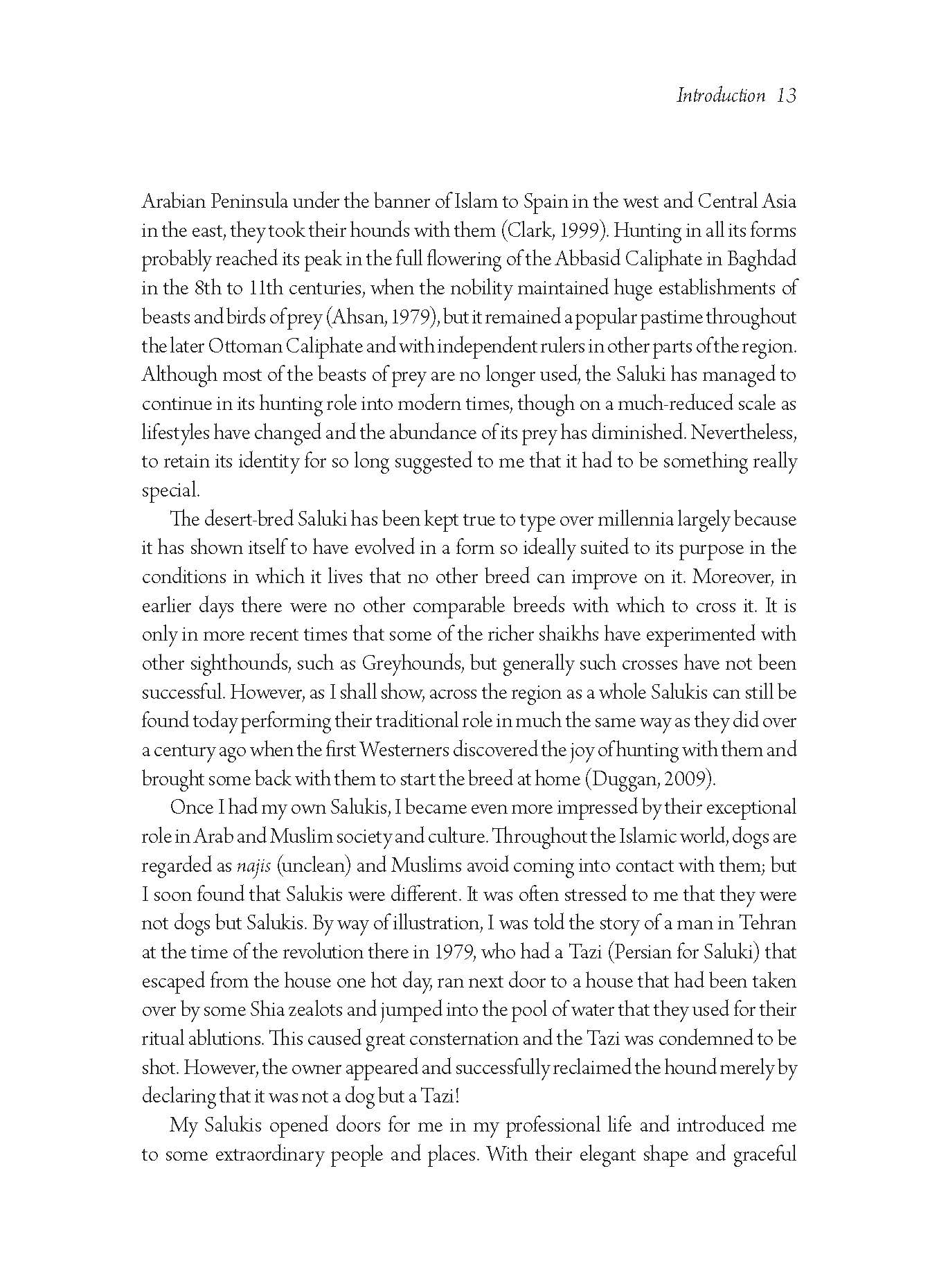 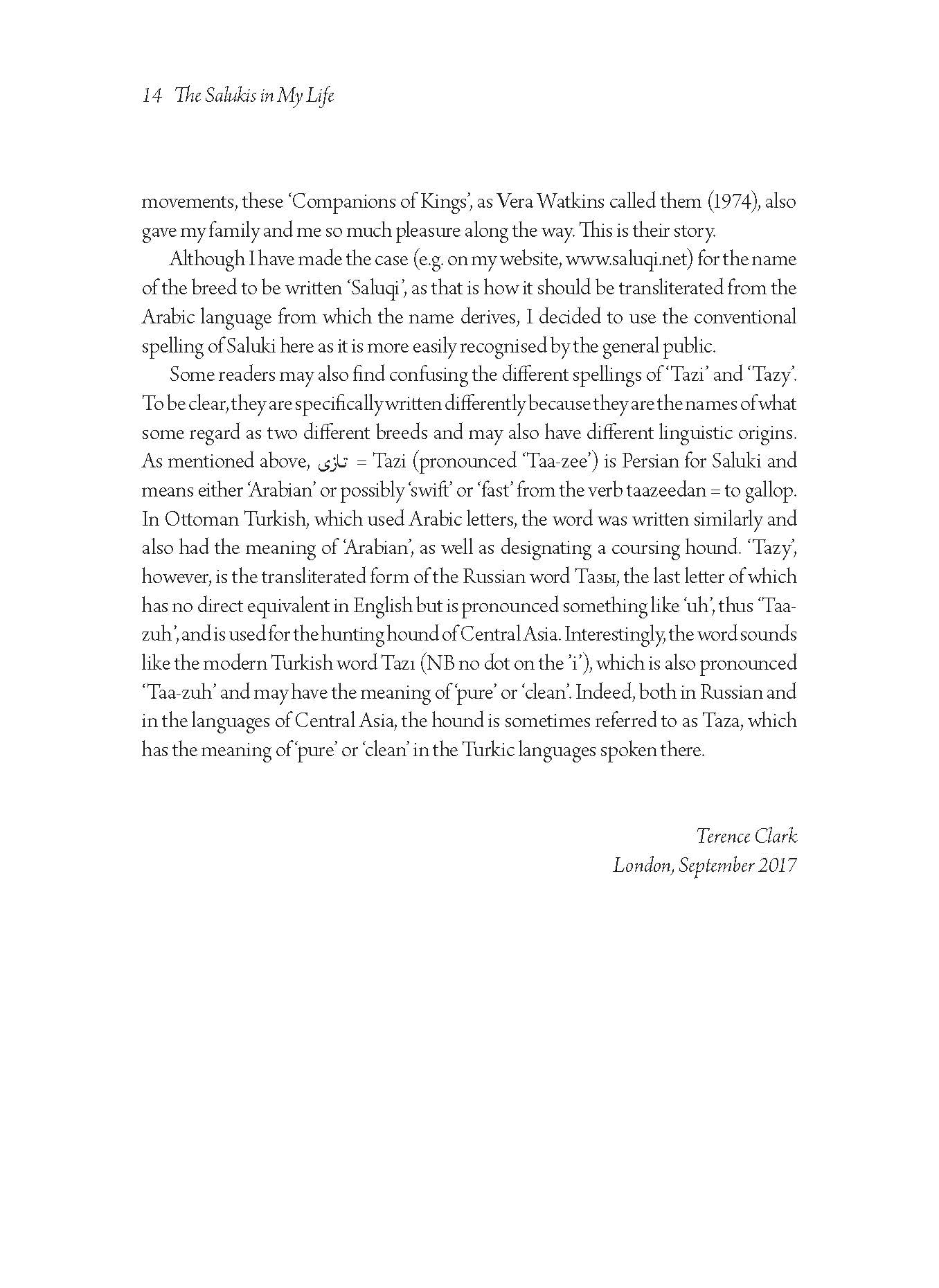 The Salukis in My Life: From the Arab World to China is part-memoir, part-travelogue, and explores in lively and unprecedented detail the history and significance of the Saluki across the world.

Indigenous to the Arabian peninsula, the desert-bred Saluki has for centuries been revered, and remains as highly valued today for its elegance and intelligence.

Sir Terence’s own life and work have been profoundly influenced by this ancient breed. His commitment to the study, enjoyment and preservation of these ‘Companions of Kings’ has taken him far and wide and introduced him to extraordinary people and places: in Iraq and Oman (where he was British Ambassador), throughout the Middle East and across Syria, into Central Asia, Russia and China.

Beautifully illustrated with personal photographs, artwork and calligraphy, this book interweaves Sir Terence’s fascinating life story with the history of the breed throughout the region.

His passion for Salukis is infectious – whether for hunting, showing, coursing, breeding or simply companionship, the reader cannot help but share the love.

Sir Terence Clark kbe cmg cvo joined the British Diplomatic Service in 1955. For much of his diplomatic career he was involved with the Middle East both in the region and at the Foreign Office. Having studied Arabic in Lebanon, he served in Bahrain, Jordan, Syria, Morocco, the United Arab Emirates, Oman and briefly Libya. After a period in Europe, he returned to the region as Ambassador to Iraq in 1985, during the Iraq/Iran war, and to Oman in 1990, during the first Gulf War.

Since leaving the Diplomatic Service he has kept up close connections with the Middle East and is at present Vice-President of the Anglo Omani Society and Chairman of the Friends of the Basrah Museum. He is the author of several books and many articles on the history and politics of the region.

6 reviews for The Salukis in My Life

The Little Book of Dog Quotes