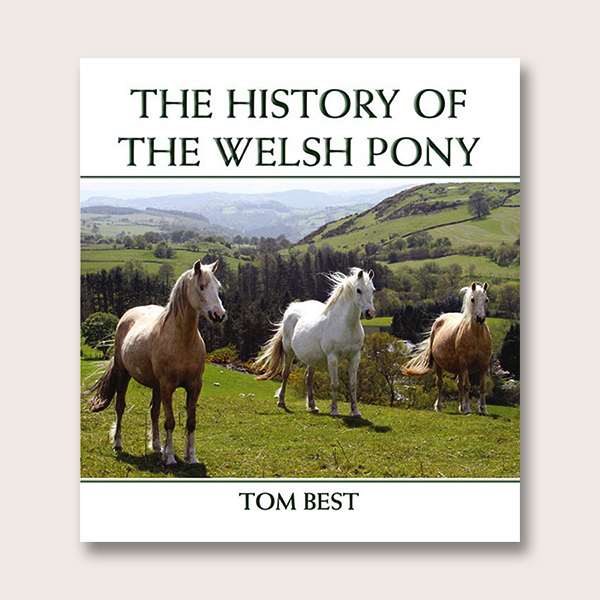 The History of the Welsh Pony

The History of the Welsh Pony

A unique and comprehensive study of the development of the Welsh Pony, this book is packed with interesting stories and is magnificently illustrated with photographs charting the different types and highlighting outstanding Welsh Ponies. This is the first account of its kind, providing an invaluable book for pony enthusiasts of all walks.

The Welsh Pony, or Welsh Section B as it is commonly known, is the most recently developed of the British native pony breeds although its origins stretch back centuries. It is the only such pony to be bred for a specific purpose and, thanks to its relatively short history, there are ample records of its development. Referred to by 20th century breeders as the Welsh Riding Pony, as it was bred to provide a pony with Welsh character suitable for children to ride.

The History of the Welsh Pony is a unique and comprehensive study of the development of the Welsh Pony over its 100-year history. From the influence of Polo Pony Society members at the turn of the 20th century to the specialist breeders of modern times, this book provides an insight into the origins of this beautiful breed. The famous Welsh Mountain Pony has featured heavily in its development, so too has the beautiful Arab and the small Thoroughbred which were used to infuse height into the developing Welsh Pony.

The book is packed with interesting stories about key people in the field, when and how their influence was felt, is magnificently illustrated with photographs charting the development of all the different types, and highlights those outstanding Welsh Ponies which have made their mark. This is the first account of its kind and, as such, provides an invaluable addition to the bookshelf of the discerning collector or out-and-out Welsh enthusiast.

Tom Best is an acknowledged expert on ponies. Co-founder of Waxwing Stud, he has bred and produced riding ponies as well as Welsh ponies at the highest level, qualifying them for the Horse of the Year Show and taking championships at shows such as the Royal, Great Yorkshire, Royal Highland, Royal Welsh, National Pony Society and Ponies UK.

In a parallel career as a panel judge, he has judged overseas and at all the major British events including the ‘London’ Shows (which include the Royal International Horse Show and Royal Windsor as well as the Horse of the Year Show), where he has judged the show pony, show hunter pony and working hunter pony finals.

He is a graduate of Edinburgh University where he studied agriculture before becoming a secondary school teacher and gaining more than 30 years experience in education. His interest in ponies stems from his father who loved horses and worked with them in his youth. From the age of nine when he was given his first pony, a growing interest soon developed into a passion and resulted in the founding of the Waxwing Stud in West Fife in 1972.

He was persuaded by Joan Lee-Smith, Patron of Ponies Association UK, and the late Elspeth Ferguson of Rosevean Stud to record for posterity the history of the British Riding Pony before the evidence of its origins was lost forever.

The Art of Falconry