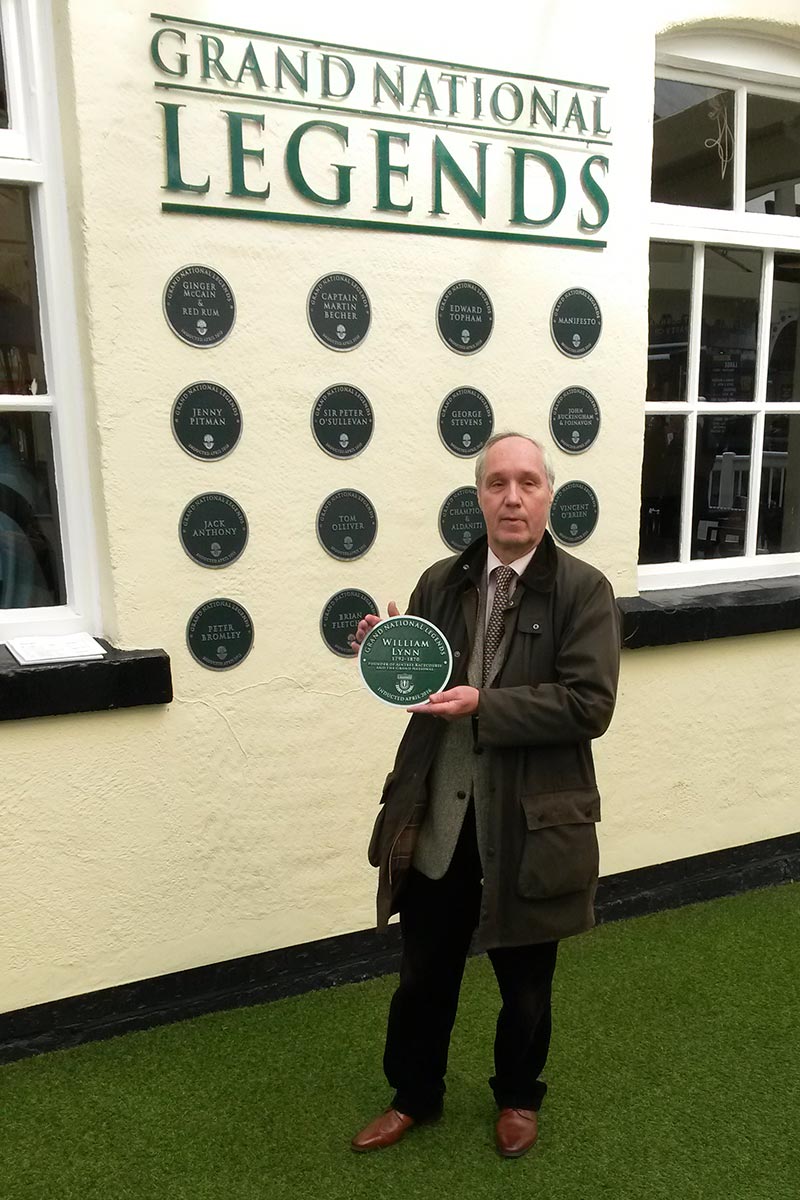 John Pinfold, author of Aintree: The History of the Racecourse, which has received enthusiastic reviews from press and public since its publication in time for the Crabbie’s Grand National, was instrumental in ensuring that William Lynn’s name was added to the roll of honour on the ‘Grand National Legends’ wall. Lynn, a local hotelier, founded the course in 1829 and seven years later inaugurated the steeplechase that became the world-famous Grand National.