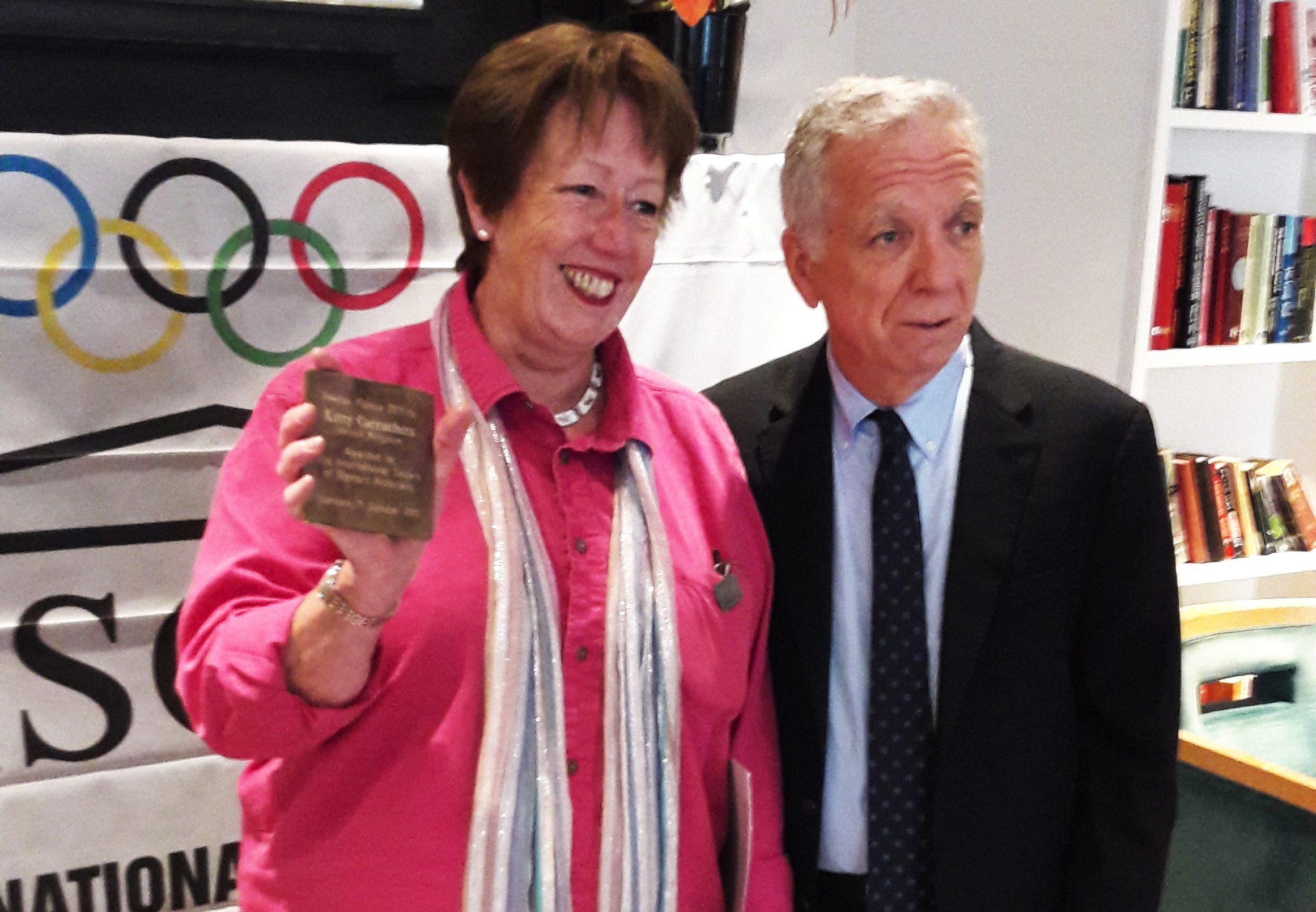 Founder and Editorial Director Kitty Carruthers has been awarded the Vikelas Plaque by the International Society of Olympic Historians in recognition of her work for the society over the last 10 years.

An enthusiastic sportswoman, she tried her hand at many disciplines. She captained the hockey teams of her schools in Zambia and Surrey; she played football for the Milk Marketing Board, table tennis for the Naval Home Command and won an Inter-Services squash trophy. She participated in dressage, waterskiing, skeet shooting and darts and still plays croquet, having been a longtime member of the Surbiton Croquet Club. She won the club’s Mixed Doubles Midsummer Handicap three times. She also taught riding in the United States. Carruthers became fascinated by the Olympics during the 9168 Mexico City Games. She was particularly interested in the transition from amateur restrictions to the acceptance of the professional athletes, as well as the ideals of sportsmanship and the ongoing problems that threaten these ideals, such as cheating and doping.

Carruthers is the author of British Olympic Heroes: The Best of the British Gold Medallists, which was first published in 20017 and updated in 2012. She is also the co-author of The Medina Guide to the Arabian Horse (2013).

In 2009, she established her own publishing company, Medina Publishing, specialising in Arab and Islamic affairs, equestrian subjects, field sports and children’s books. She has edited numerous books, including The History of the British Riding Pony and Royal Heritage: The Story of Jordan’s Arab Horses, both published in 2011. Carruthers joined the International Society of Olympic Historians in 20017. She has been an Associate Editor of the Journal of Olympic History since 2009.