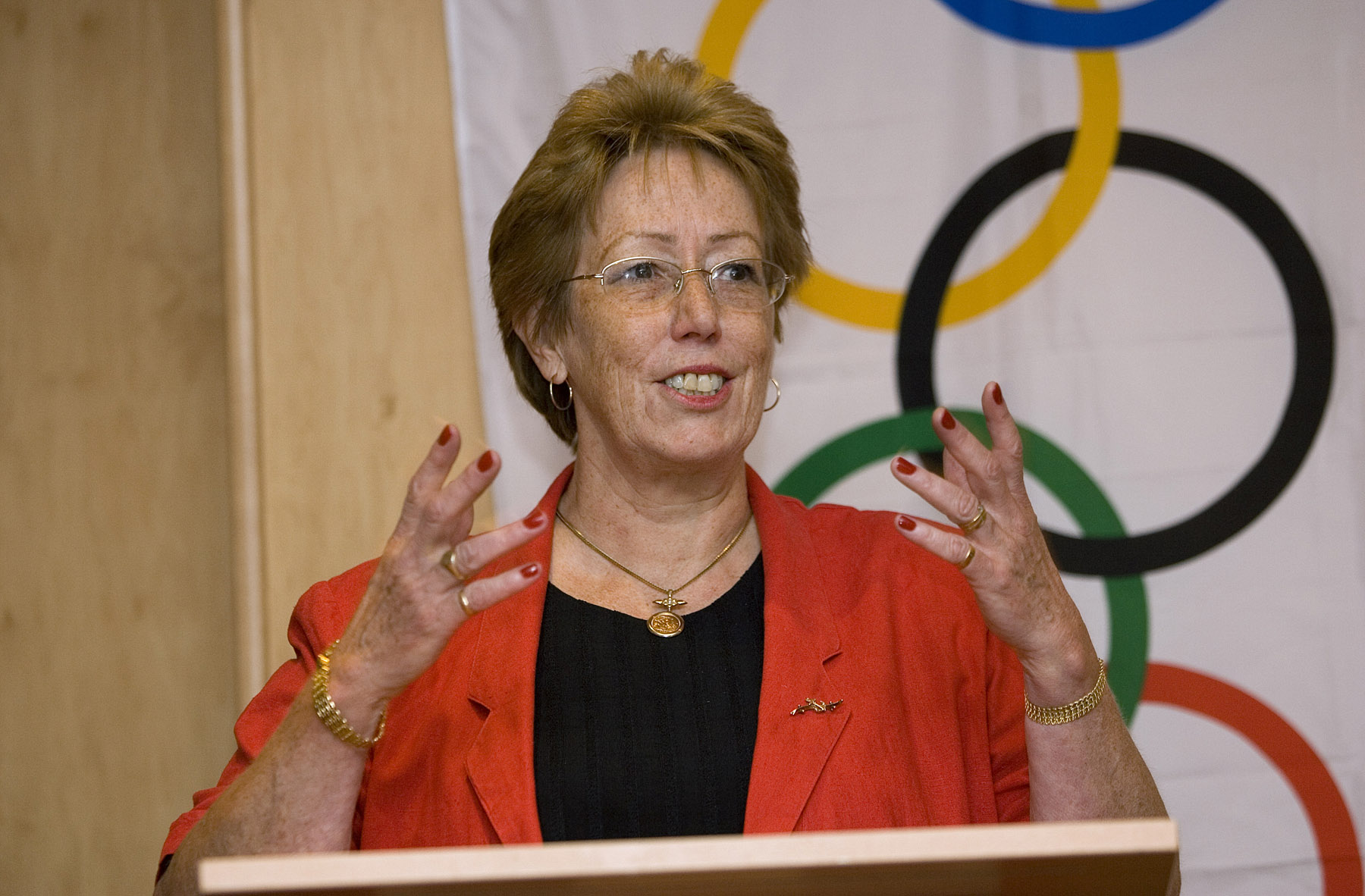 Passionate about sport, in awe of Olympians through the ages and in love with the ideals of Olympic sportsmanship, Kitty Carruthers has never let lack of aptitude stand in the way of having a go at any sport, from skiing to skeet shooting, dressage to darts.

She played football for the Milk Marketing Board, table tennis for the Naval Home Command, won an Inter-Services squash trophy and captained the hockey teams of her schools in Zambia and Surrey. She is happy on a horse, on a water ski and with any sort of racquet in hand, or latterly a croquet mallet.

She is an active member of the Surbiton Croquet Club (and on its Committee), and was on the judging panel for ITV’s ‘Britain’s Greatest Gold Medallists’.